Thot in Basalt @ National Museum of Archaeology in Taranto

The museum in Taranto, Museo Nazionale Archeologico di Taranto, is one of the finest national museums in Italy. Particularly well known for its collection of artefacts from the time when the city was colonised by the Dorians from Sparta. For anyone interested in the Greek colonies of the Mediterranean, the new displays are a must. But as with many museums around the world, included in the collection is an exquisite statue of Thot in the form of a baboon, one of the ancient Egyptian deities. 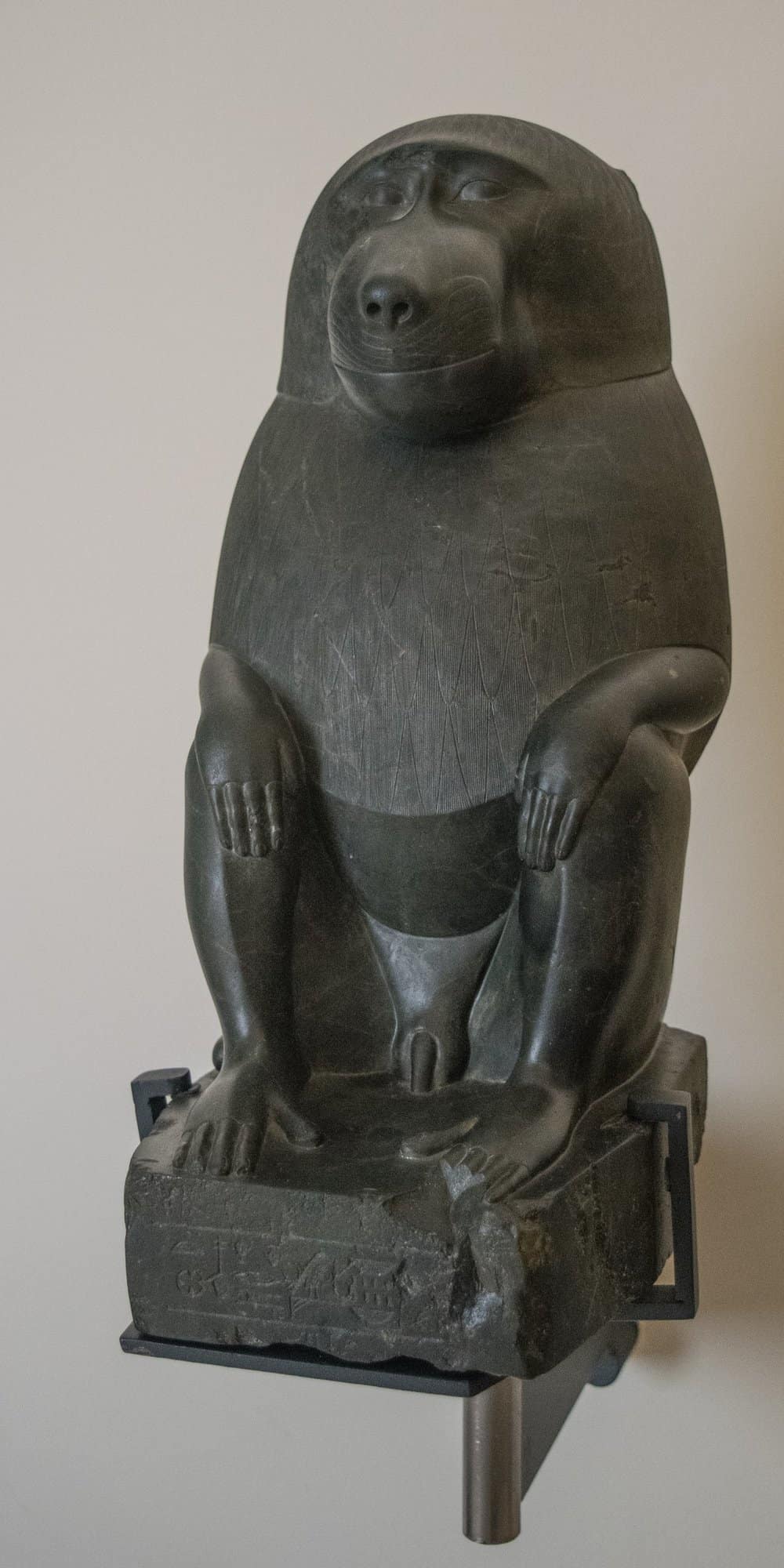 In a series of exhibits detailing the history of the Museo Nazionale Archeologico di Taranto is a beautiful black statue of a baboon. The hieroglyphs immediately gives away the sculpture’s ancient Egyptian origins. The inscription translates as:

Thot lord of great Hermopolis, lord of the god’s words, worshipped at R-nfr

Thot was one of the ancient Egyptian deities, often depicted as a baboon or a man with an ibis head.

Hermopolis is the name of a city on the Nile that once stood on the border between Upper and Lower Egypt. Hermopolis is the Greek name of the city, it was known as Khemenu (Ḫmnw) by the ancient Egyptians. The Greeks named it after Hermes whom they identified as Thot, and it was here that Thot’s main temple was located.

Thot was not only an important deity in the pantheon of ancient Egyptian gods, he was also said to be the author of all works of science, philosophy, religion and magic. The ancient Greeks went further and claimed him to be the inventor of astronomy, astrology, geometry, mathematics, the alphabet, reading, writing, land surveying, medicine, botany, theology, civilised government and oratory. With this mythological background Thot was involved with the maintenance of the universe and the arbitration of godly disputes, mediating between good and evil.

The statue, dated to the 30th dynasty (second half of the 4th century BC), is carved in a fine-grained basalt and was acquired by the museum in 1934.