Exploring the Past in Bremen

Bremen, officially the Free Hanseatic City of Bremen (Freie Hansestadt Bremen), is the smallest of the 16 states of Germany and made up of two separate enclaves. The first, the city of Bremen, and the second Bremerhaven (Bremen’s harbour). Both cities are located on the Weser River, the latter a sea port, and have played prominent roles in the development of maritime trade in Germany from the times of the Hanseatic League to the present. The Hansa connection is still very much in evidence in the Altstadt of Bremen with its Marktplatz (market square) dominated by a striking Gothic Town Hall with its opulent Renaissance façade. 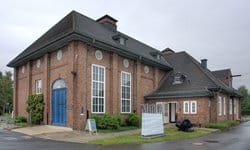 An early 20th century sewage pump-house ceased to function as such in 1995. Former employees who have restored the historic machine act as your guide to the plant and the underground sewer. A small exhibition charts the history of sanitation in the city of Bremen, from when sewage was thrown into the river until contemporary efforts to provide sustainable sewage removal and treatment. In the garden see a section of the Balgekanal, Bremen’s oldest sewer. Photograph © Godewind/Wikimedia [Website] 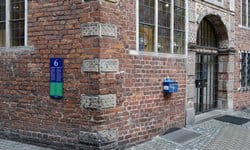 In 1902 Ludwig Roselius purchased the Medieval house, had it restored and renovated to house his collection of Renaissance and Baroque art. The museum was opened to the public in 1928. Rooms in the house not only display Medieval decorative and fine art, with furniture and carpets to give the atmosphere of a middle class, north German household. One of the highlights of the museum is a collection of Medieval altarpieces. Photograph © Jürgen Howaldt/Wikimedia [Website]