Exploring the Past in Santorini

Santorini is an archipelago of six islands: the largest and the one everyone heads to being the crescent-shaped is Thíra, the others are Thirassiá, Asproníssi, Palea, Christiana and Nea Kaméni. These islands are formed from the caldera of an active volcano, the crater of which is under the sea. The last eruption was about 3,600 year ago. Although widely considered one of the top romantic getaways in Greece, one of the most important sites in the South Aegean is on Thíra. The Minoan port town of Akrotiri was covered by ash following that last eruption, and hence today is sometimes called the ‘Greek Pompeii’. Certainly come to explore the volcanic sand beaches, the multi-coloured cliffs topped with whitewashed houses, but don’t overlook the archaeology.

Sunsets, History & Santorini with the Kids

Santorini is one of the more popular Greek islands; picturesque villages perched on the edge of the caldera offer much sought after settings for stunning sunsets. Santorini is said to be the dream destination for couples looking for romantic getaways, not the island for a family holiday. Last October Sarah ignored this advice and explored the island and its history with her family of four … Continue Reading >> 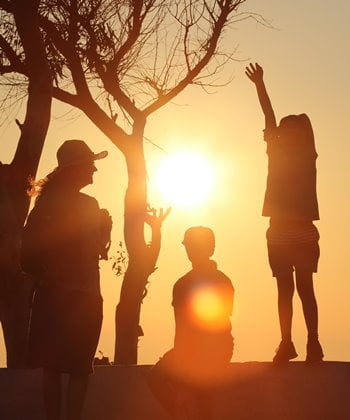 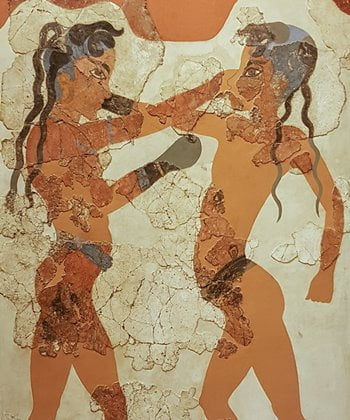 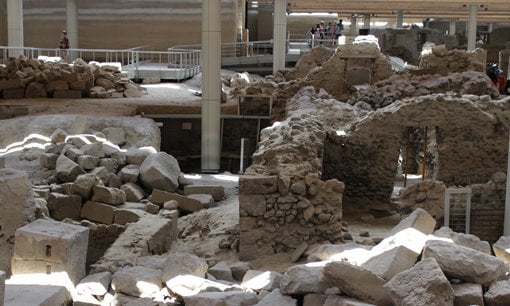 What was a small fishing village by around 3,600 year ago became an important Minoan trading settlement. At this time it was covered in ash following a volcanic eruption. The archaeological site has been extensively prepared for visitors, with walkways are suspended over excavated buildings. 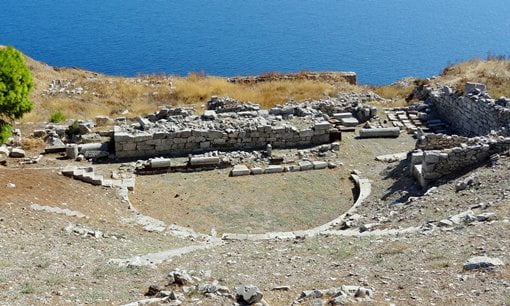 Located on Mount Vouno overlooking the sea, Ancient Thera was founded by the Dorians in the 9th century BC under their leader Theras. Although the city was occupied until the Byzantine era, the ruins we see at the site today are from the Hellenistic and Roman periods of the settlements history.