Campania and the Amalfi Coast is well known for its gulfs (Naples) and islands (Capri). And, it is in the Gulf of Naples that Mount Vesuvius is to be found – the World’s most dangerous volcano. There are four locations included on the UNESCO List of World Heritage sites, the historical centre of Naples, the archaeological area of Pompeii and Herculaneum, the Amalfi Coast, and the 18th century Royal Palace at Caserta. The Provinces in Campania are: Avellino, Benevento, Caserta, Naples and Salerno. 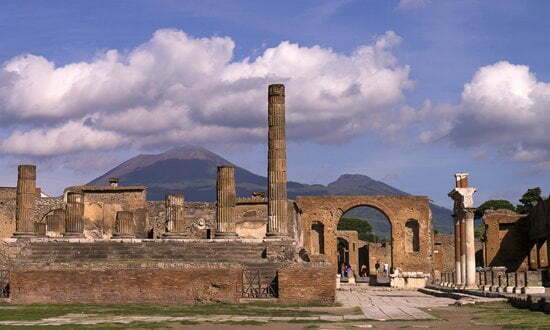 Ticket Tips for Pompeii, Herculaneum and other sites near Naples

On 24 August 79 AD Mount Vesuvius began to erupt, throwing volcanic ash many kilometres up into the sky. Today, there a number of archaeological sites around Vesuvius open to the public. The most well known of these is Pompeii, but there is also Herculaneum, and a number of villas. A combined ticket for five sites saves both time and money … Continue Reading >> 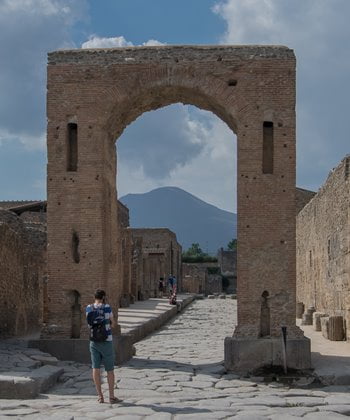 The modern-day town of Santa Maria Capua Vetere is the location of the ancient city of Capua. Although the ancient features of the city relate to the Roman and Medieval periods, the area was occupied as far back as the Bronze Age. Because of the town’s wealth and beauty, Cicero referred to Capua as Altera Roma – the second Rome. There are two local museums: Museo Archeologico Campano and Museo Archeologico dell’Antica Capua, but there are also ancient objects from Capua in many of the leading museums around the World. [Website] The archaeological site of Pompeii is one of the most well-known and much visited sites in the World. Pompeii was a Roman city that was largely destroyed and buried under four to six metres of volcanic ash from the eruption of Mount Vesuvius in 79 AD. The site has been a tourist destination for about 250 years, and today over 2.5 million people visit each year making this one of the most popular attractions in Italy. For conservation reasons, only a fraction of the site is open to the public – but there is still much to see. Velia is a major city of Magna Graecia, and one of two that are in the Cilento and Vallo di Diano National Park – the other being Paestum. The Cliento region was at the boundary between the indigenous Etruscan and Lucanian peoples to the north and the Greek colonies that made up Magna Graecia. Numerous remains of the ancient city are preserved, including a theatre, roads, and the city walls and gates. Bricks and stone from the early Greek buildings were later re-used by the Roman and Medieval communities. Visitors can take a self guided tour of the main features of the city. [Website] In a recently restored 15th century Aragonese Castle, that once guarded the Gulf of Pozzuoli, is the Museo archeologico dei Campi Flegrei. The Campi Flegrei, or burning fields, is a large volcanic area that is now a national park. And it was the many volcanic thermal springs in the area that attracted people in antiquity. On display in the museum are a number of reconstructions of shrines and temples, some of which are now submerged, from the area. [Website]