The region of Veneto has the Alps in the north and the Adriatic coastline to the south, including the Venice Lagoon. Given the region’s rich history, a number of cities have been designated UNESCO World Heritage sites, including Venice, Verona and Vicenza. The Orto Botanico di Padova, the oldest academic botanical garden still in its original location, is also UNESCO listed. The Provinces in Veneto are: Belluno, Padova, Rovigo, Treviso, Venice, Verona and Vicenza. 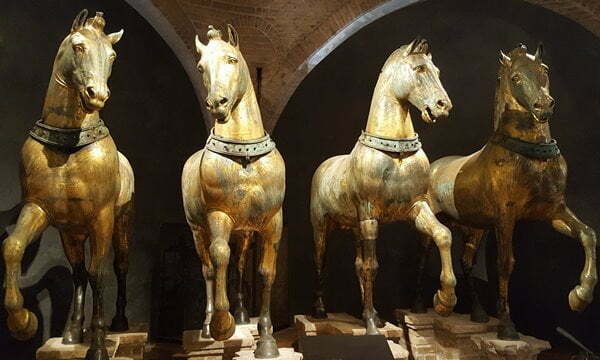 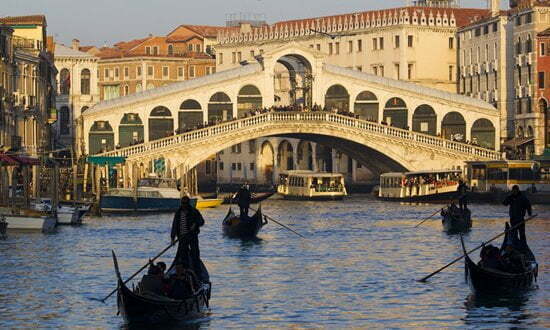 With its winding Medieval streets and majestic Grand Canal, not unsurprisingly Venice is one of the world’s most popular tourist destinations. Often thought of as the ultimate romantic city, it also prides itself on cultural events such as the Venice Carnival, the Venice Biennale and the Venice International Film Festival. Although the city is hardly ancient by Italian standards, Venice has a rich and fascinating history. Two days is certainly a good start. In pre-Roman times, the area around Este was the centre of the Veneti Iron Age tribe. During the 2nd century BC Este became a Roman Colony – Ateste. The history of the region, from prehistory to the Roman period is on display in 11 galleries created in the 16th century Palazzo Mocenigo. From the museum, a six mile, self-guided walk leads visitors around the city taking in a series of pre-Roman and Roman points of interest, including a prehistoric necropolis and a Roman/Medieval Castle. [Website] Officially the Patriarchal Cathedral Basilica of Saint Mark, this is one of the most well known basilica’s in Italy. Certainly, it ranks amongst the finest examples of Italian Byzantine architecture. The first St Mark’s church was built next to the Doge’s Palace and intended as a private chapel for the Doge of Venice. That church was destroyed and the current basilica constructed in the later 11 century. One of the features of this church are the spectacular gold mosaics, which is why the basilica is also known as the ‘church of gold’. [Website] Opened in 1923, a tour of exhibition areas and the Basilica itself allows visitors to St. Mark’s Museum to see the gold mosaics, textiles and the original four bronze horses. Exhibitions place the extraordinary material heritage of the basilica in the context of the church’s spiritual and political history. The museum displays are in the vaulted galleries that are beneath and support the domes – an architectural structure that mirrors that of the basilica but in an undecorated form. [Website] Built in 30 AD with a seating capacity of around 30,000 people, the Roman amphitheatre in Verona is still in use. Just as in ancient times spectators came from far and wide to the shows staged here, so too today the amphitheatre is internationally renown for its operatic productions, which have been staged here since the 1850s. Not only is the arena one of the best preserved of its kind from the Roman world, the acoustics are outstanding making it a perfect venue for large scale musical performances and festivals.

Popular Tours and Activities in Venice