Exploring the past in Luxembourg

The landlocked Grand Duchy of Luxembourg is one of the smallest sovereign states in Europe. This does not mean the country has little to offer those who enjoy exploring archaeological and historical sites. For centuries this 2,586 km2 area surrounded by Belgium, France and Germany and its inhabitants have played an important role in the political events that shaped Europe. And continues to do so; Luxembourg City is the seat of the European Court of Justice, and one of the three official capitals of the European Union.

The earliest evidence of human habitation comes from the Palaeolithic, around 35,000 years ago. A wonderful collection of artefacts representing the full sweep of prehistory, the Palaeolithic, Neolithic, Bronze and Iron Ages, can be seen in the National Museum of History and Art in Luxembourg City. The area of Luxembourg fell within the Roman province of Gallia Belgica and the Via Agrippa passed through here joining Lyon to the Rhineland. Princes of Luxembourg become Emperors of the Holy Roman Empire.

Like many territories within Europe, the county or duchy passed between its own counts and dukes, dukes of Burgundy, kings of Spain and France, emperors of Austria and even the kings of the Netherlands before gaining its independence in the 19th century. During the 20th century the country remained neutral during the Great War, but was occupied by Germany during the Second World War, and some 11,200 Jews were deported to death camps in eastern Europe. It was in Luxembourg and Belgium that the last major German offensive on the Western Front was fought. Following World War II this nation played an important role in bringing peace and unification to Europe. 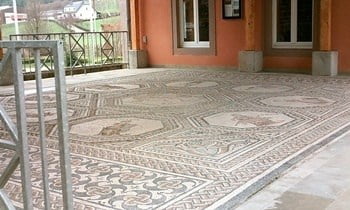 The Celtic tribe living in what is today Luxembourg when Julius Caesar arrived was the Treveri. Unlike other Gallic tribes, they co-operated with the Romans more readily and were quick to adapt to a Roman way of life. In 22 BC Emperor Augustus officially created Belgica as a province of the Roman Empire, which included Belgium, the Netherlands and parts of northern France and western Germany. German Franks invaded Gallia Belgica in the 4th century, and by 406 AD the province had been abandoned by Rome.
Guide to Roman Sites & Museums in Luxembourg >> 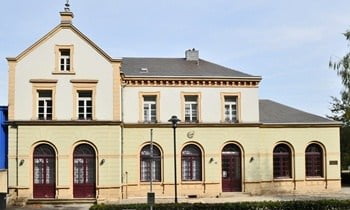 The German army entered Luxembourg on 10 May 1940, by noon the capital was occupied. Luxembourg remained under occupation until August 1942 when it was annexed as part of Germany, and the people declared German citizens. As with other parts of occupied Europe, men were conscripted into the army, while Jews and others faced deportation. American forces arrived in September 1944 and by January 1945 after the Battle of the Bulge the Germans had been expelled.
Guide to World War II & Holocaust Sites & Memorials in Luxembourg >>

As an Amazon Associate Archaeology Travel earns from qualifying purchases.