Exploring the Past in the Algarve

The name of Portugal’s Algarve region is a reminder of this area’s Arabic history. Al-Gharb is literally translated as ‘the west’. Like most parts of Europe, the Algarve has been inhabited since the Stone Age – and the landscape is dotted with menhirs and cromlechs. The Romans established themselves here as they did with the rest of the Iberian Peninsular. Following the fall of the Roman Empire the Iberian Peninsular was ruled by the Visigoths, mostly unchallenged in the Peninsular until the Umayyad conquest of Hispania (711 to 788 CE). Between 552 and 571 the Algarve was under the control of the Byzantine Empire. In 716 the Moors conquered what is today Lagos – a settlement that had long been known for its natural harbour. Because of this harbour Lagos had an important role during the 15th century and the Portuguese Age of Discovery, along with other economically important centres along the southern coast. The Algarve maybe very well be an attractive destination for summer holiday makers in search of beautiful sandy beaches. It is also attractive proposition for cultural travellers in search of history. Walled cities, fortifications and castles are the legacy of a complex and fascinating past.

Archaeology and History Sites in the Algarve

The remains of two residences at was a Roman harbour from the 1st century CE. Other features include baths, necropolis, as well as dams created for fish salting. A walkway through the ruins allows visitors to see the geometric mosaic floors. There is archaeological evidence that Visigoths and Moors occupied the villa after the Romans. An onsite museum displays the artefacts found during excavations.

These substantial remains of a villa rustica are the best preserved Roman ruins in the Algarve. Besides the luxurious villa, there are ruins of a bathhouse, a temple, mausoleum and various industrial and commercial structures, some of which were associated with the productions of wine. Mosaics of a marine theme – including colourful fish – decorated the floor and walls of the villa. 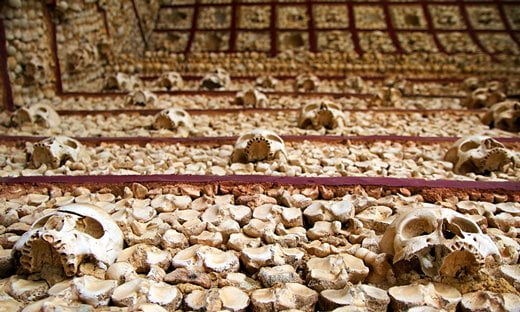 This small chapel at the rear of the 18th century Carmelite church Nossa Senhora do Carmo in Faro has the bones of over 1200 Carmelite monks (the entrance is behind the main altar). Their bodies were exhumed from a nearby cemetery in the early 1800s. An inscription at the entrance reads: Stop here and consider, that you will reach this state too. The church is one of the finest Baroque churches in Algarve. 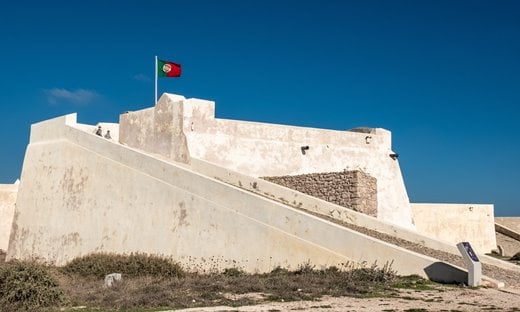 At the very tip of the Sagres Peninsular, this 15th century fort was built to defend the town and harbour of Sagres. It was here that Henry the Navigator spent his time planning naval expeditions that lead to Portugal’s Golden Age of Discovery. In 1587 the fort was attacked by Sir Francis Drake, when Portugal was under Spanish rule. Much of the fort was destroyed by the tsunami that followed an earthquake in 1755. 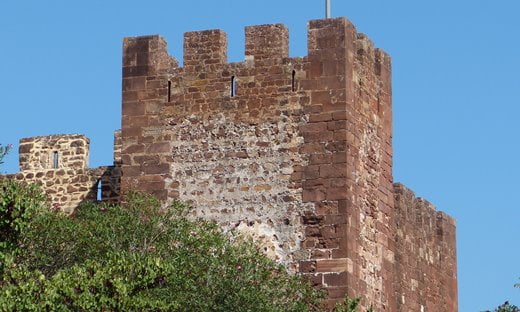 Considered one of the best preserved of Portugal’s Moorish fortifications, Silves Castle was situated in the ancient Islamic capital of Al-Gharb Al-Andalus (present-day Algarve). Although construction began in the 8th century, what we see today – the imposing walls and towers made of red stone – was built during the 12 and 13th centuries. The remains if earlier works have been exposed by archaeological excavations.

Museums in the Algarve 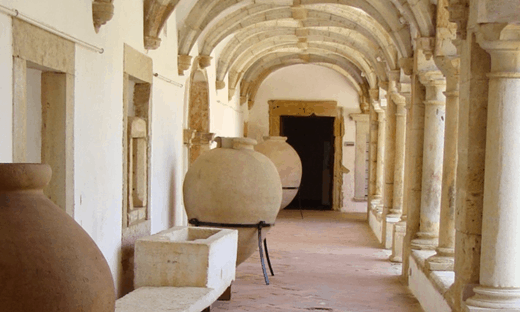 In what was the convent of Nossa Senhora da Assunção is the Museu Municipal de Faro. One of the oldest and most important museums in the Algarve, permanent exhibits in galleries leading off the former cloisters tell the story of Faro’s past. This history ranges from the Stone Age to the 18th century. Highlights include a restored Roman mosaic floor from the 2nd century CE and a reconstruction of an Islamic house.

Popular Tours and Activities in the Algarve with GetYourGuide