Exploring the Past in Northern Portugal

The mountainous, northern most region of Portugal, Região do Norte, has everything for those who travel for history, culture and gastronomy. From Ice Age, Palaeolithic art in the Côa Valley to Iron Age and Roman settlements, early Medieval castles and fortifications such as those at Guimarães to the elaborate Baroque Sanctuary of Bom Jesus do Monte in Braga. And, it is here that port, a fortified wine, is produced and exported around the world. Northern Portugal is where the modern nation state of Portugal was founded. First, following the reconquest of Portus Cale (the Roman name for present-day Porto) from the Moors by Vímara Peres in 868. And again in 1143, when the king of what is today Spain recognised the independence of Portugal and Alfonso I as king of Portugal in the Treaty of Zamora.

On top of a small hill with views over the Ave River valley is a large stone-walled Iron Age settlement; one of the most important prehistoric sites in Portugal. The hill-top town is surrounded by three dry-stone walls up to three metres thick. Within the ramparts, paved roads roughly laid out in a grid pattern divide up blocks of stone walled structures that probably formed the focus of individual family units. 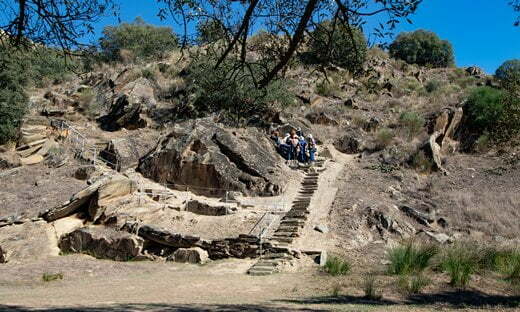 During the construction of a dam on the Côa River at the end of the 1980s rocks engraved with Palaeolithic imagery were discovered. A new government elected in 1995 stopped the construction of the dam and an archaeological park was established in 1996. Today there are over 70 known locations with some 1,000 engraved rocks and over 5,000 depictions, dating to the Upper Palaeolithic, Iron Age and historic periods.

On one of the higher points within the city of Braga are the extensive archaeological remains of a large, civic complex, the oldest sections of which date back to the 1st century BC. Although only partially excavated, the complex is thought to have included the public baths and theatre for the Roman civitas of Bracara Augusta then the capital of the Roman province of Gallaecia. Parts of the public baths have been covered with a protective

Built towards the end of the 1st century AD and the beginning of the 2nd century AD, the bridge crossing the Tâmega River in the town of Chaves in far northern Portugal is named after the Roman Emperor Trajan, so known locally as Ponte de Trajano. Still in very good shape, the bridge is 140 metres long and has 12 arches. Despite being restored over the years, two of the columns are original and have inscriptions detailing honours bestowed on locals by the Emperor.

Popular Tours and Activities in the City of Porto with GetYourGuide 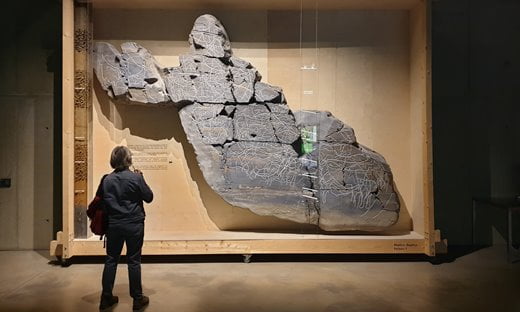 The Côa Museum was opened in 2010 and is one of the largest museums in Portugal. Blending well with its natural surroundings, the museum is dramatically sited above the Côa Valley, where it joins the Douro Valley – looking on to the rock art sites of this area. A series of well ordered displays and wonderful multimedia applications and expert replicas cover the various aspects of the rock art’s archaeology.

Popular Tours and Activities in Northern Portugal with GetYourGuide