Exploring the past in Spain

Spain has evidence of human history stretching back over a million years to the time of the earliest Europeans. From Altamira to the Alhambra, from the Palaeolithic to the Medieval Moorish Muslims, with the Iberians, Celts, Romans and Vandals in between, this country has an extraordinarily rich and diverse cultural heritage.

Gran Canaria, one of seven islands that make up the Canary Islands – an autonomous community of Spain, lies about 100 kilometres or 62 miles west of Morocco in the Atlantic Ocean. Given the archipelago’s position, it lies on a nautical crossroads of sorts between Mediterranean Europe and the Americas, Europe and the Cape and East Indies. Consequently the island has a fascinating past stretching back some 3,000 years at least, a history that has come to shape the island’s culture and cuisine … Read More >> 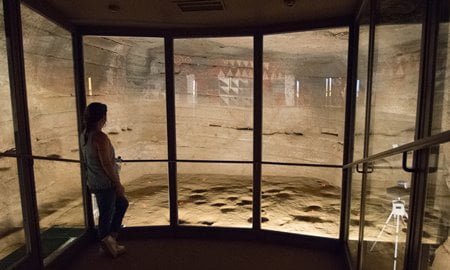 The spectacular and picturesque Alcazaba of Almería has been used in a number of films, including Conan the Barbarian, Never Say Never Again, and of course Indiana Jones and the Last Crusade. The fortified hill consists of three walls, one inside the other. The most inner wall, the earliest, was built towards the end of the 900s when Almería became a medina, or city. The outermost and latest wall was built after the Christian conquest of Almería. Photograph © ANE What was the Roman town of Antikaria was conquered by the Arabs in about 716, who renamed the city Antaquira. The fortifications were not, however, built until the beginning of the thirteenth century. The Alcazaba was constructed to defend the Arab city against the Catholic Spanish troops. The Christian kings repeatedly attacked the city for about 200 years. Medina Antequira was finally conquered by Ferdinand I of Aragon in September of 1410. Photograph © Tiia Monto The hill on which the fort was constructed offered the Moorish citadel certain natural defences, while a series of towers were added for added defence where the slopes are not steep. What we see of the fort today is thought to have been built by the Almohads during the 12th century. But there is evidence of earlier fortifications dating back to the time when the town was founded in the early 900s. Badajoz fell to the Christian King Alfonso IX in the 13th century, when the Great Mosque was turned into a church. Originally a Roman colony, and then according to legend the site of Hispania’s first bishopric, Gaudix subsequently became an important Moorish settlement around 711 – when it was renamed Wadi ‘Ashi. Under Arab rule the fort was constructed and the town became a substantial trading station. Arab control of the town lasted until 1489, when it was surrendered without there being a siege to the Christian Spaniards fighting under Ferdinand and Isabella. Photograph © Qoan This 9th century Muslim fortification was purposefully constructed next to the Roman bridge, and using stone from many of the Roma buildings, so that it allowed the occupants to control entry to the early Medieval city of Mérida. A typical Moorish Alcazaba, it was built in 835 AD by emir Abd ar-Rahman II of Córdoba. A square fort with 25 towers or counterforts, the four walls are each 130 metres long, 10 metres high and 2.7 metres thick. Photograph © doalex This large, palatial Moorish fort was built in the early 11th century AD by the Hammudid Dynasty. Like many of the Moorish forts in Spain, it was built using stone from older Roman buildings; a Roman theatre can still be seen at one of the entrances. The hilltop fort is at the centre of the city, overlooking the port. Once enclosed by the city’s ramparts, all that remains are the two sets of inner walls, the out of which has defensive towers. Photograph © Rama In 889 a small fortress was built on a natural terrace, that in the 11th century was developed into a number of Palaces and defensive walls for the Moorish king Mohammed ben Al-Ahmar of the Kingdom of Granada. In the early 14th century the citadel became the royal palace of Yusuf I, the Sultan of Granada. The colour of the stone walls and palaces set against the lush green vegetation led Moorish poets to describe the complex as a pearl set in emeralds. The Alhambra has some fine, albeit atypical examples of Islamic art in Europe. Found in 1880 by a young girl exploring the cave, the spectacular paintings of bison and other animals are the first examples of Palaeolithic cave art to have been found in Europe. At first, archaeologists did not accept the authenticity of the paintings – an acceptance that would only come in 1902. Today the cave is closed to the public for conservation reasons, but a replica cave and museum have been constructed nearby – where visitors can get a better view of the art than is possible in the cave. [Read more] El Born is an in situ display of an archaeological site below the 19th century cast iron market building in Barcelona. The site comprises the foundations of a number of buildings and even paved streets that date to the 14th and 17th centuries. It was during the seige of the city in 1714 that most of the buildings on view were destroyed. In some cases, archaeologists were able to dig beneath this period to the remains of houses from the 1300s from what was then the district of La Vilanova del Mar. [Website] The Parque Arqueológico de Carranque, just northwest of the town of Carranque and a few hours southwest of Madrid, are the remains of a 4th century Roman villa. The villa belonged to Maternus Cinigius, the uncle of Theodosius I, a Roman emperor from the province of Hispania. Besides the ruins of the villa, visitors to the site can also see the remains of a Basilica and what is thought to have been a nymphaeum. The site is well known for its spectacular, polychrome mosaic floors depicting various themes of classical mythology. [Website] A 4,000 year-old passage tomb that, when it was opened in the 19th century by archaeologists, revealed the remains of several hundred individuals. The passage leading to the burial chamber was created using 32 large stones, some estimated to weigh about 180 tonnes. The passage is 25 metres long, 5 metres wide and 4 metres high; making this one of the largest such megalithic structures in Europe. The dolmen was covered with earth to create a mound, or tumulus, still present today. Photograph © Grez A typical megalithic structure dating to about 4,000 years ago. A passage of about 21 metres, created by 27 standing stones, leads to a rectangular chamber, generally accepted to be a burial chamber despite the fact that no human remains have been found – only stone and bone tools. The dolmen is covered by a mound that is about 50 metres in diameter. The passage has been carefully aligned so that at the summer solstice sunlight at daybreak lights up the burial chamber. Photograph © El Pantera Scattered about the San Isidro Hill, about a kilometre south of the town of Domingo Garcia, are 113 known Palaeolithic engravings, some of which bear a striking resemblance to the Palaeolithic imagery at Siega Verde (further west in Spain) and in Portugal’s Côa Valley; all three sites are in the Douro River basin. In many cases the Palaeolithic engravings are superimposed by Medieval and more modern depictions. A walking route over the hill has been set out for visitors, which is well signposted from the town of Domingo Garcia. Once the Capital of the Roman province of Lusitania, the city of Emerita Augusta, modern-day Mérida, is one of the largest archaeological sites in Spain. The colony was established in 25 BC specifically for soldiers who were discharged from the Roma army following two campaigns in the regions. A number of typical features of large towns have survived, including a theatre, an amphitheatre, a temple, with remains of a arch and a circus. The ancient bridge is the longest of all surviving Roman bridges. Scattered along three kilometres of the Águeda River are 94 rocks with about 540 Palaeolithic engravings. The images include the usual animals found in Ice Age art such as bison, reindeer and woolly rhinoceros, but there are also horses, goats, bulls and deer, as well as some that may depict humans. This concentration of engravings is not that far from the strikingly similar engravings in the Côa Valley in Portugal; the two sites are a single UNESCO World Heritage Site. [Virtual Tour in Spanish, Portuguese & English – Website] The Museo Arqueológico Nacional next to Columbus Square in Madrid was founded in 1867 by Isabella II, and opened in 1895. The purpose of the museum was to act as a place where the various numismatic, archaeological, ethnographical and fine art collections of the Spanish monarchs could be housed. Exhibitions include the usual Prehistoric, Iberian, Medieval, Egyptian, Greek and Roman antiquities, as well as a celebrated replica of the cave of Altamira. The museum is currently closed for renovations. [Website] Within the spectacular walls of the 12th century Moorish Alcazaba of Badajoz is the Palace of the Dukes of Feria, now home to the Museo Arqueológico Provincial de Badajoz. The museum was founded in 1867 as a repository for archaeological artefacts found throughout the province. The extensive collections and displays range from the earliest Palaeolithic stone tools to the religious and heraldic objects of the Christian Medieval period, including the protohistorical periods, the arrival of Romans and Islamic traditions. [Website] 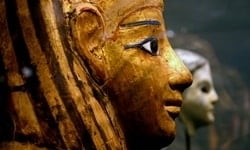 The Egyptian Museum in Barcelona was formed for the display of the private collection of Jordi Clos Llombart. Following the success of the 1992 exhibition of his Egyptian antiquities in the Hotel Claris, the Clos Foundation was set up and the Museu Egipci was opened in 1994. Over 100 spectacular objects from the Old, Middle and New Kingdoms as well as the Ptolemaic period make up thematic, permanent displays. The museum also regularly hosts temporary exhibitions. [Website]