Exploring the Past in Baja California

Over 23 different sets of petroglyphs and paintings are known from the caves at El Vallecito, six of which are open to the public. These have been created in what archaeologists term the La Rumorosa style, so-called after the region in which they are found. Hunter-gatherer groups are probably responsible for creating these artworks, with the Kumiai community known to have long exploited the resources in the adjacent pine forest. 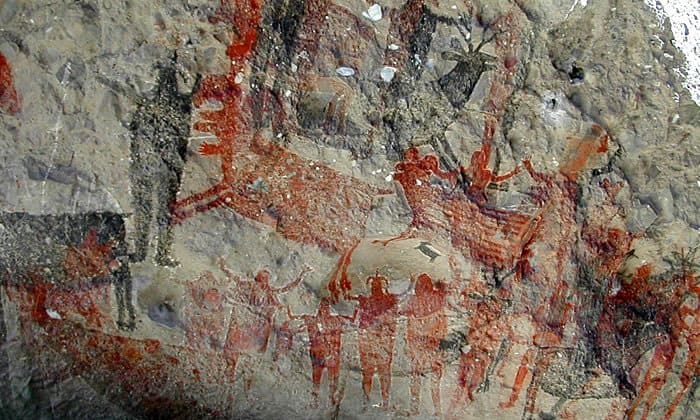 A UNESCO World Heritage Site since 1993, the Sierra de San Francisco Archaeological Zone is one of Mexico’s best locations for seeing rock art – the Great Mural tradition. Hunters and gatherers lived here between 100 BC and 1300 AD, painting a vast number of images, large paintings of humans and animals. The specific dry conditions of the site mean that the rock art here is relatively well preserved.