Exploring the Past in Mexico City

Named for the hill on which it stands, the Cerro de la Estrella was an important religious centre for local communities in the Postclassic Period. It was here that the New Fire ceremony took place once every 52 years with the intent of stopping the sun from dying. Evidence for some habitation at the site goes back to the Classic Period, although rapid growth only came in the Early Postclassic.

Located on the southern shore of Lake Texcoco, Cuicuilco means the “place where songs and dances are made.” The settlement was primarily in use between 800 BC and 600AD, from the Middle Preclassic into the Classic Period. Only the Great Circular Base is open to visitors at the Cuicilco Archaeological Zone. Excavation has revealed more about religious activities at the site, including some of the earliest depictions of Mesoamerica’s Old God of Fire.

Templo Mayor is the main temple which the Mexica people erected at their city of Tenochtitlan – modern Mexico City. It includes the double temple to the gods Tláloc and Huitzilopochtli as well as structures like the House of Eagles and the Temple of Ehécatl. Used between the 14th and 16th centuries AD, the temple would have borne witness to sacrifices and other rituals. It now stands amid the city.

Mixcoac takes its name from a Nahuatl term meaning “where the cloud serpent is worshiped,” indicating its former religious significance. The surviving remains in the Mixcoac Archaeological Zone date largely from the Mexica occupation of 900 to 1521 AD, although the site was established between 400 and 600 AD, in the Teotihuacan Period. Much of the city was destroyed by Spanish invaders in the 16th century, leaving only the ruins one can see today.

The Mexica established Tlatelolco city around 1337, not long after the formation of nearby Tenochtitlán. During the 20th century, archaeologists unearthed the ceremonial enclosures at this Early Postclassic Period settlement, revealing more about the rituals and ceremonies that took place there – including probable human sacrifice. Tlatelolco now makes up the largest exposed archaeological zone in Mexico City, with a range of stone ruins still standing. 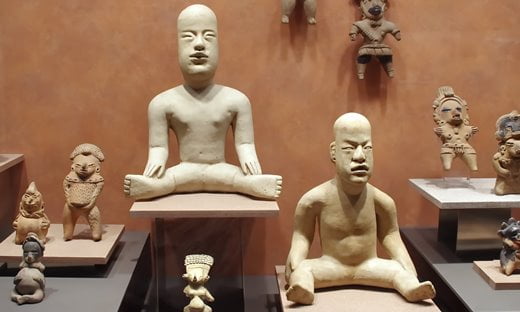 Opened in 1964, the Museo Nacional de Antropología contains the archaeological and anthropological collections of from Mexico’s pre-Hispanic times. These include artefacts and objects from all the major Mesoamerican sites in Mexico, including the Aztec Stone of the Sun and the giant stone heads of the Olmec. 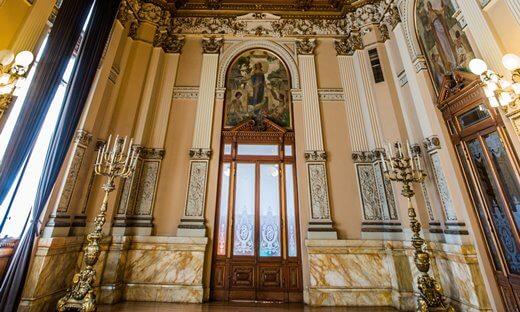 Founded in 1982 the Museo Nacional de Arte is situated in the heart of Mexico City. It now occupies a neoclassical building that was once the Palace of Communications. The museum houses a large collection of art showcasing the history of Mexican art from the 16th to the mid 20th century. 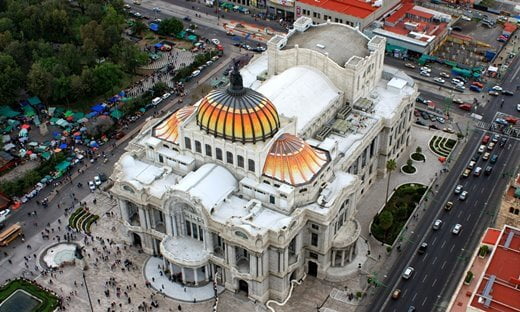 The Palacio de Bellas Artes was built to commemorate the Mexican War of Independence in 1910, but only completed in 1934. The interior decor is primarily Art Deco, while the striking exterior is Neoclassical and Art Nouveau. The palace is one of Mexico City’s leading cultural centres.