Queen’s Parade Place is quite unassuming, particularly after the grandeur of nearby Queen’s Square. It is after all the rear elevations of houses on the adjacent streets. But take a few minutes to walk down the street and see pair of buildings on either side of an entrance to a car park. Given their positioning, at first they look like a pair of gatehouses. They are, however, sedan chair houses. And they are the only surviving examples of their kind in Britain. 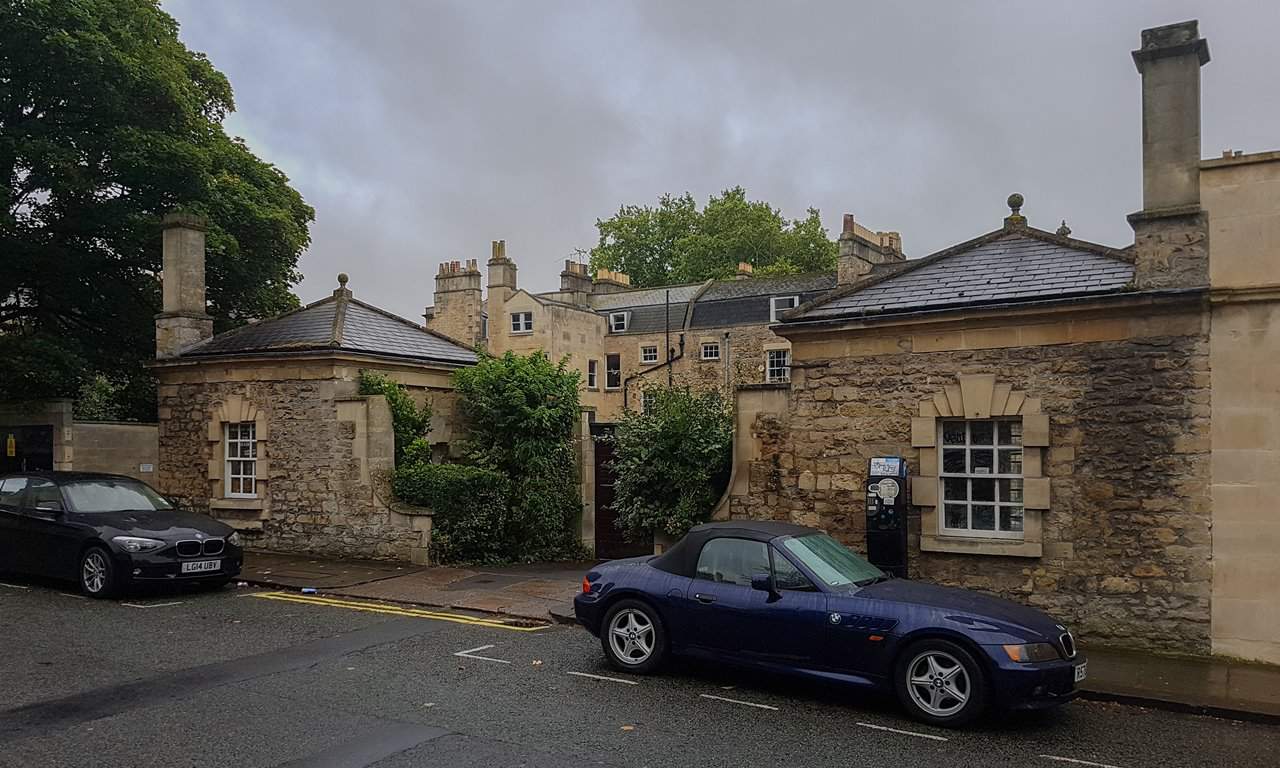 Sedan chairs, named after Sedan a town in France, came to England during the early 16th century. By the early 1630s they were no longer the preserve of the rich being used more widely. Given the crowded nature of Bath at this time, the sedan chair began to be more popular than carriages for the wealthier inhabitants and visitors to get around the congested streets. As the city expanded beyond the Medieval walls due to the arrival of the rich and fashionable, so too the sedan chair became the means of transport of choice for men and women in expensive outfits to avoid the filth of the streets and the weather. Read more about the use of Sedan Chairs in London and Bath.

It was in lodges such as the two on Queen’s Parade Place that sedan chairmen would wait between ‘rides’. The suggestion they date to the mid 1730s supports the idea that they were probably designed by John Wood the Elder. In 1950 they were designated Grade II listed buildings (list entry), and were heavily restored in the 1970s.

The two buildings are almost identical, each with a square plan and a single story. They have been built with coursed limestone rubble, a sharp contrast with the heavily moulded window surrounds. Attached to the fronts are rubblestone walls that extend from the house about 1.5 metres, starting just below the eaves bands and sweeping down to a height of about one metre either side of the carriageway they now flank. 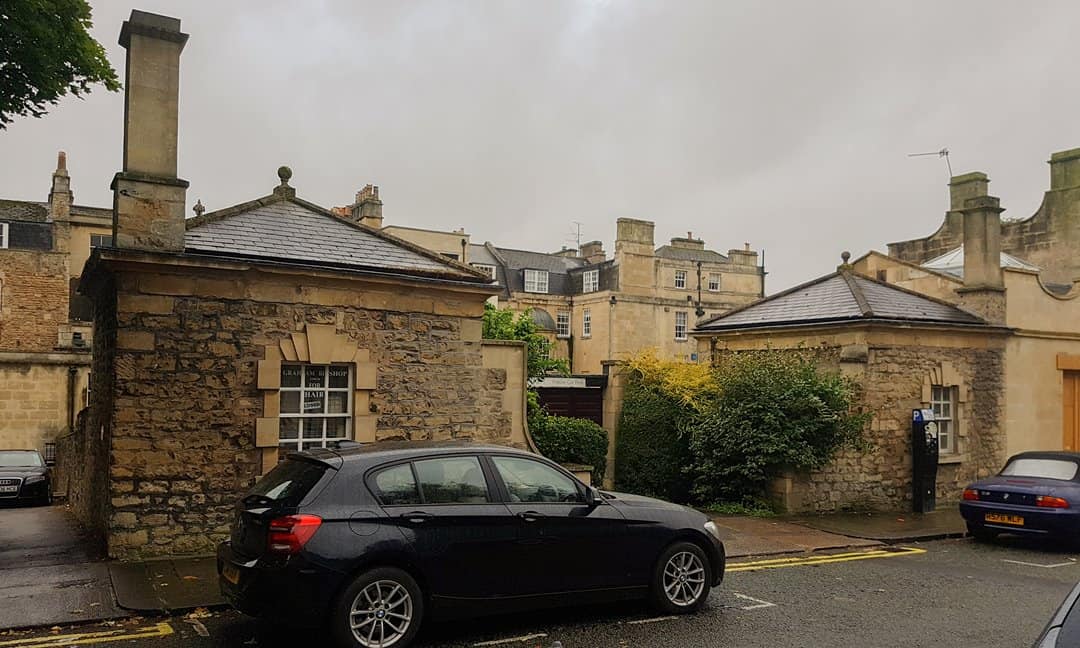 An example of a plain, leather sedan chair can be seen at No 1 Royal Crescent. This is the first house in the Royal crescent, and its first occupant was Henry Sandford, an Irish landowner and politician between 1776 and 1796. Today the property is owned by the Bath Preservation Trust, a registered charity that manages three museums in Bath. The house at No 1 Royal Crescent is now a museum that has been furnished and decorated just as it was at the time Sandford was living there, both upstairs and downstairs.