The Hanging Signs of Lombard Street

Lombard Street in the City of London is often referred to as the ‘English Wall Street’. Modern banking began here, and goldsmiths would hang out signs to attract business, forerunners of the modern logo. A few Edwardian replicas of these signs still remain and are of particular interest to history buffs who may be in the area. 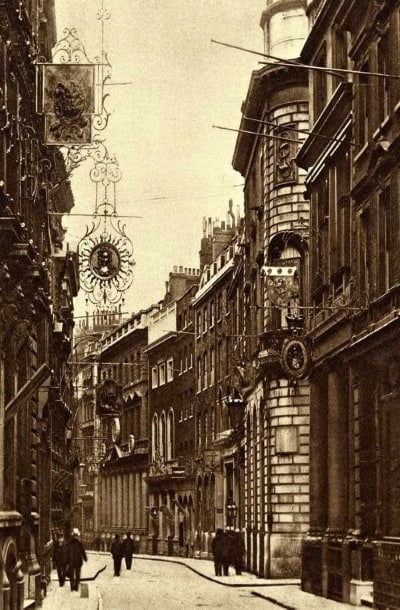 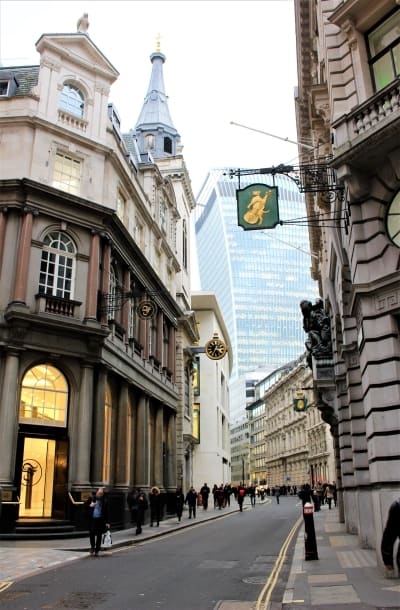 Lombard Street today is towered over by the ‘Walkie-Talkie’ skyscraper.

Lombard Street was once one of the main roads in Roman Londinium. In the 13th century, it was part of a large area of land granted by King Edward I to the goldsmiths from Lombardy in northern Italy. The Italians arrived in England to fill a gap left by the Jewish money lenders. Since Norman times, Jews had lived in England. Forbidden from ordinary trade, but not bound by church laws on money lending, the Jews acted as money lenders to royalty, giving them advances on future spoils. The work this involved made them very rich and very unpopular with the people, but protected by royalty they were safe until Edward I withdrew his protection in 1290. The Jews were hounded out of England, not to return again for over 200 years. This left a vacuum and so arrived the goldsmiths of Lombardy.

We get many of our banking terminology from the Lombards. ‘Cash’ comes from the Italian cassa, for box. Debtor, creditor, ledger all come from them, as well as specificially ‘bank’, as the Italian merchants conducted their business on benches, or bancos. By the 16th century and as the Reformation spread, Henry VIII repealed the laws that forebade usury (lending money with high rates of interest) and modern banking began.

Lombard Street remained the centre of English banking. The Royal Exchange was opened in 1571, Lloyds of London moved there is 1691 and until the 1980s, most UK banks had their headquarters in Lombard Street. 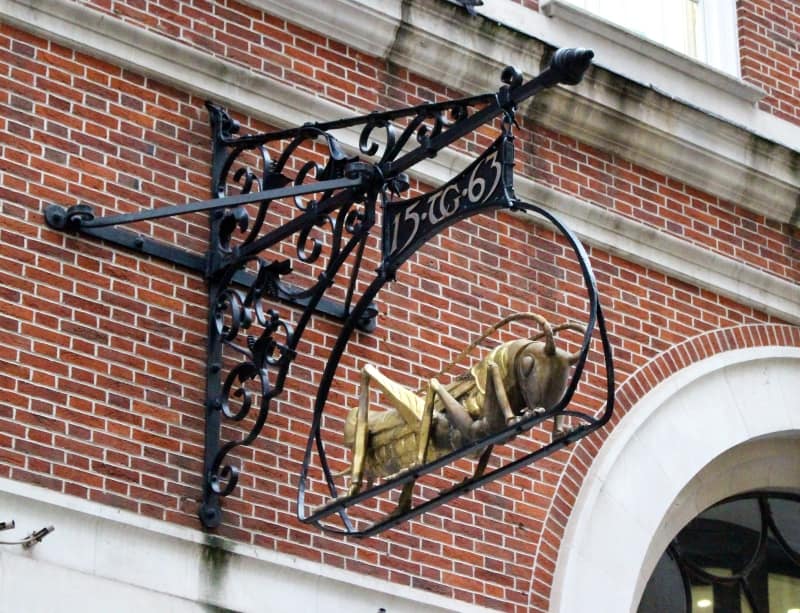 The grasshopper emblem was on the coat of arms of the Gresham family. Sir Thomas Gresham (1519 – 1579) is known as the Father of Banking and it was he who founded The Royal Exchange.

The hanging signs started as a way for traders to compete for attention for their businesses. Using imagery rather than writing, as reading was not a universal skill, the objects depicted rarely had any connection to the business, it was just a way to be recognised. Over time, the businesses incorporated the images into their public logos, such as the spread eagle for Barclays Bank, or the black horse for Lloyds. Over the years, the signs became larger and larger and when the merchants rebuilt after the Great Fire of 1666, they constructed their signs out of concrete. This led to some serious accidents, with whole front facades of buildings crashing to the ground under the weight. 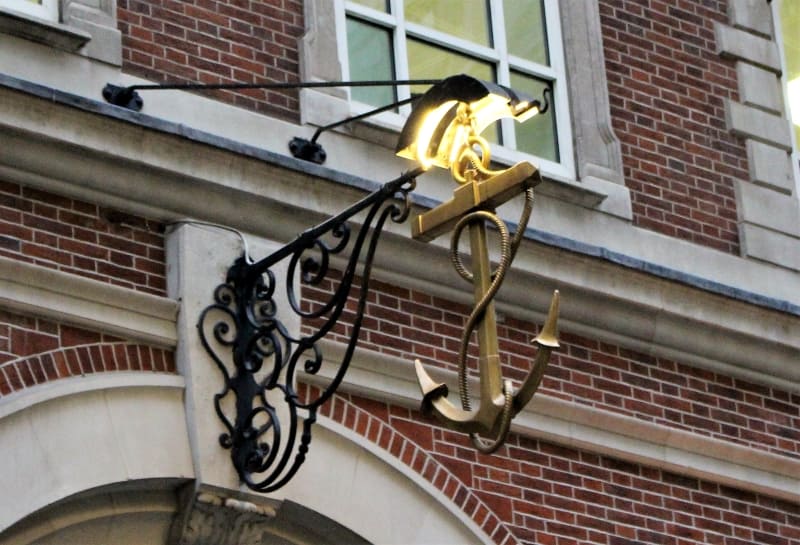 The anchor sign originally belonged to the bank, Glyn, Mills & Co. founded in 1753 until it was subsumed by the Royal Bank of Scotland in 1969.

After a serious accident in 1718 in nearby Bride Street, when four people were killed, much of the hanging signage was removed and instead a sign would be placed flat on the facade, much like it is today. 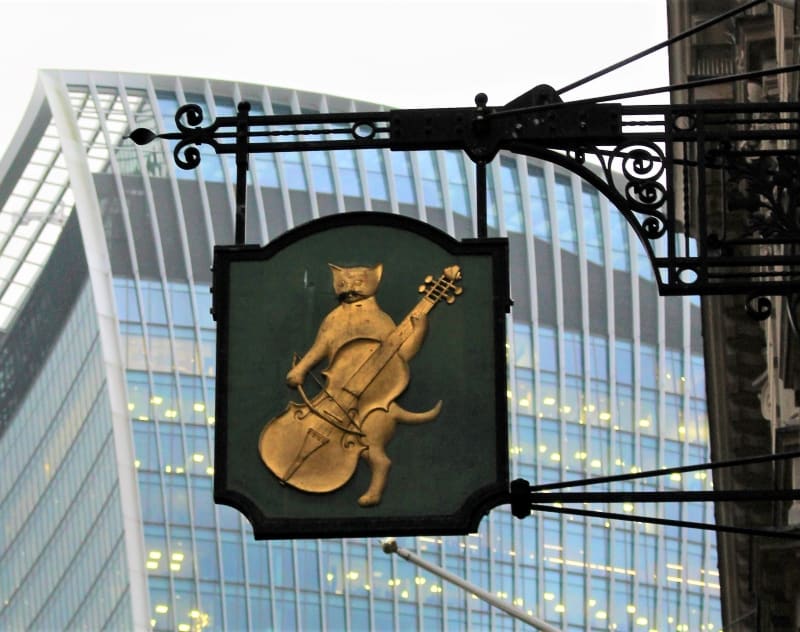 Opinion seems to be divided on what the cat and fiddle sign represented. Some sources say a tavern, which seems the most likely, others say it was second hand clothes shop or the Bank of Scotland.

In 1902, Lombard Street banker and author of a book, The Signs of Old Lombard Street, resurrected some of the signs in honour of the coronation of Edward VII. He put up 32 of them, of which only four remain today.

Lombard Street has changed over the centuries, with most of the banks gone, but it still has some lovely historic buildings. With its central location in the City of London, it is surrounded by shops, restaurants and museums. The Bank of England Museum is only a three minute walk away, where you can learn more about the history of banking in England. Interactive and informative, it is free for all visitors and well worth a visit. 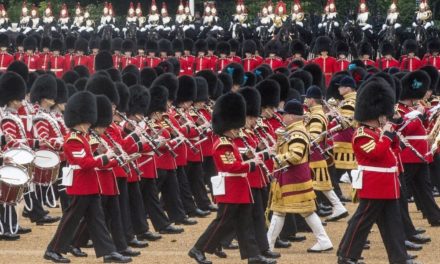 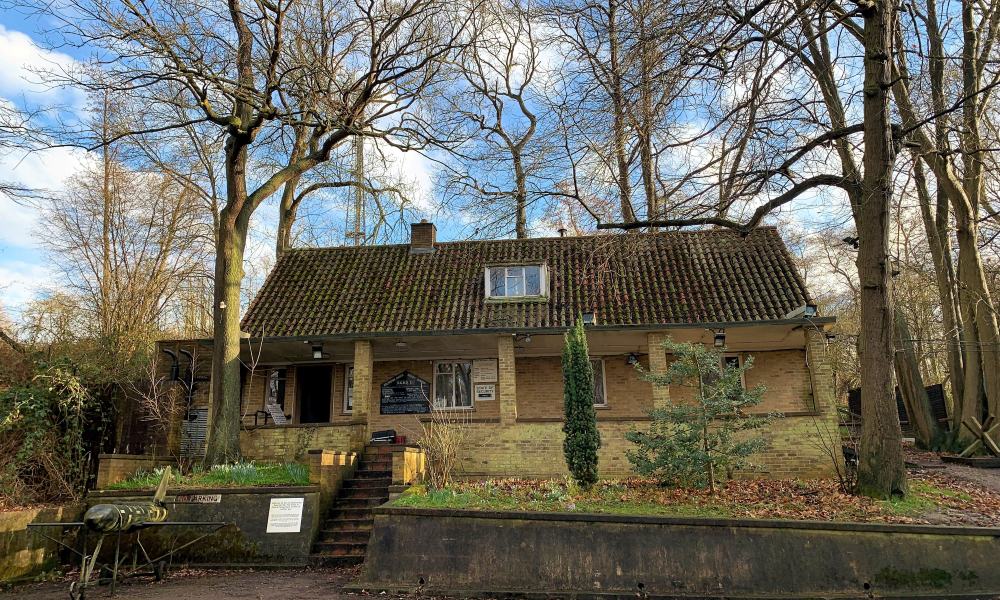 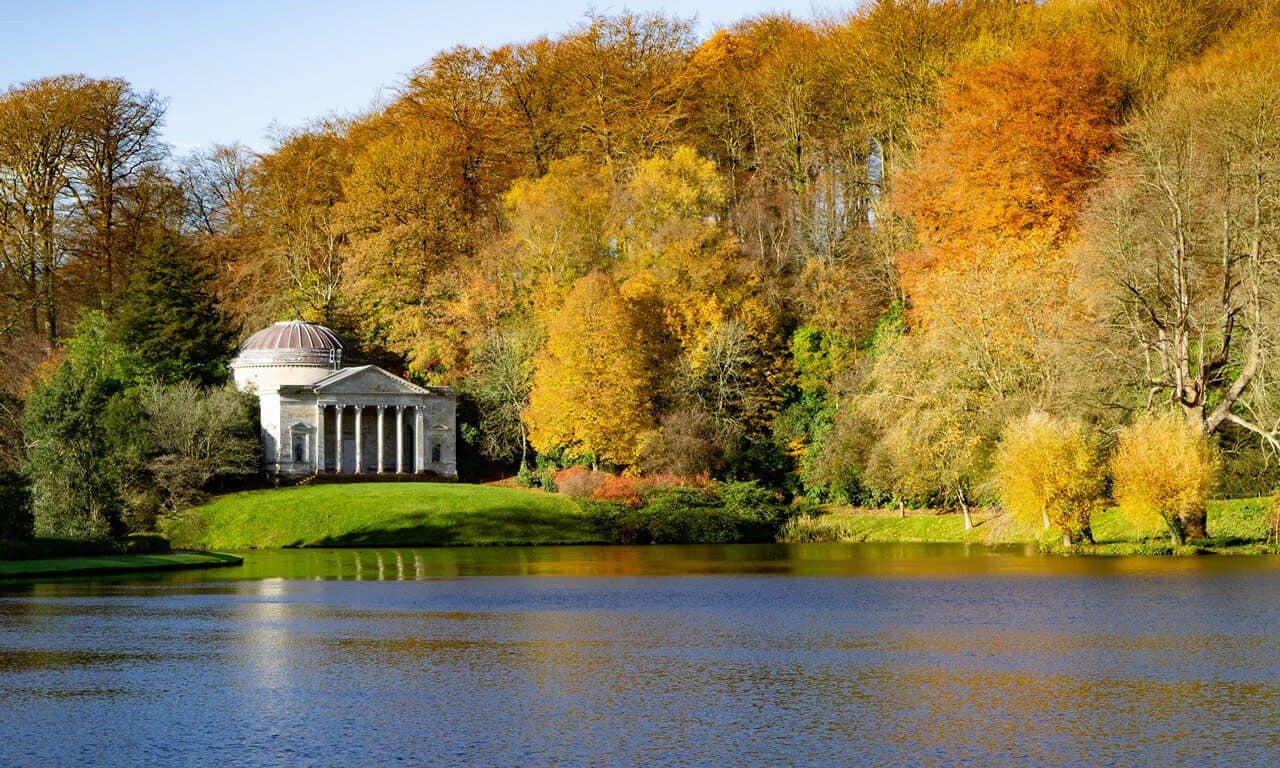 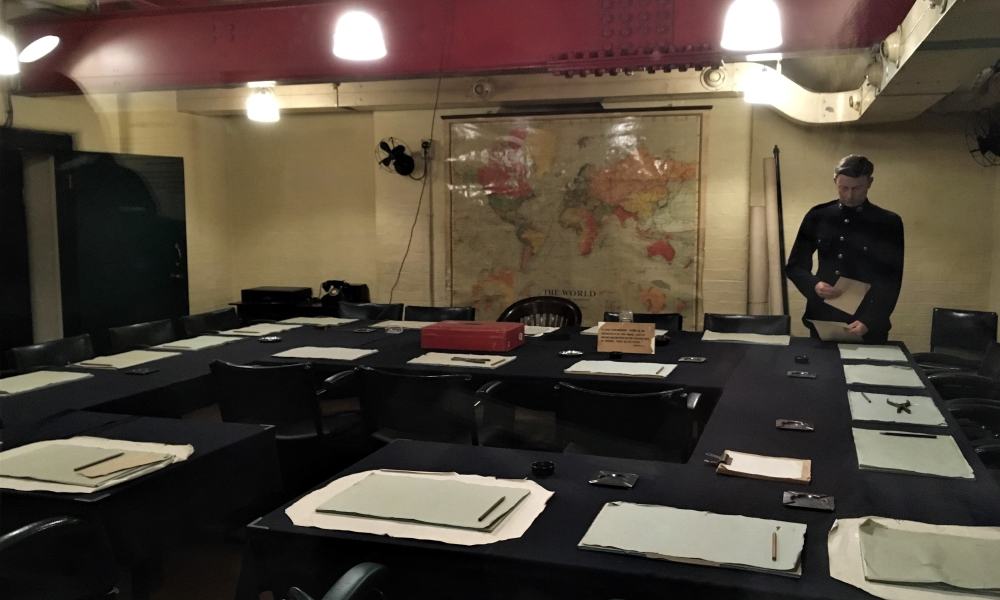 10 Underground Bunker Museums you can visit in the UK