Unveiled in 2009, this memorial to the SOE agents of World War II on the banks of the River Thames is a lasting tribute to the men and women of the Special Operations Executive, a secret organisation which operated behind enemy lines during World War II. 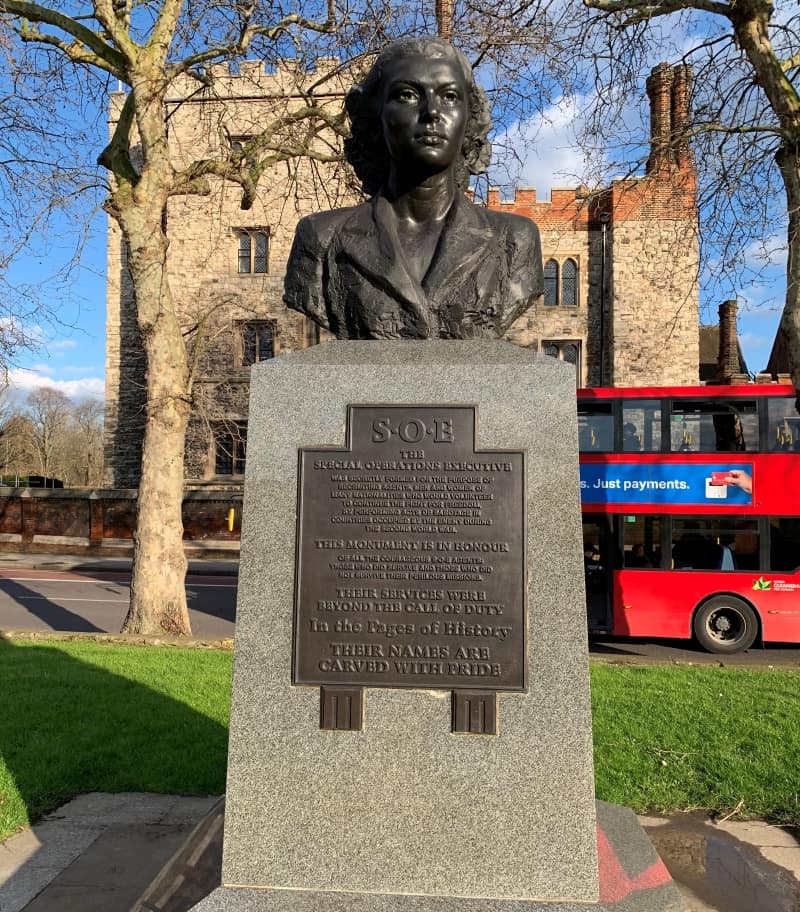 Also known as ‘Churchill’s Secret Army’, the SOE was formed in 1940 and ran undercover operations until 1946, when the war was over. It’s purpose was to aid local resistance groups behind enemy lines, conduct acts of sabotage and to spy on the enemy. They mainly operated in occupied Europe, but moved to Asia and Africa in the latter stages of the war.

Agents were selected for their language skills and the ability to cope with ‘rough soldiering’. They came from all walks of life, from the aristocracy to the working classes. Criminals were also used, as were women, who initially were used only as couriers but who were soon sent into the field fully trained in unarmed combat and weaponry to conduct full scale missions.

It is one of the female agents who is depicted on this memorial, Violette Szabo, a French/British agent who was captured, tortured, sent to a concentration camp and then executed. 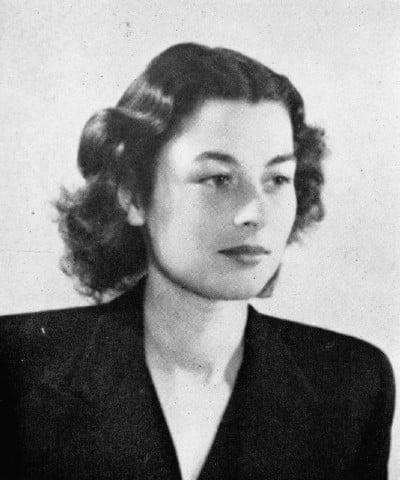 This portrait of Violette Szabo was taken before her final mission to France. 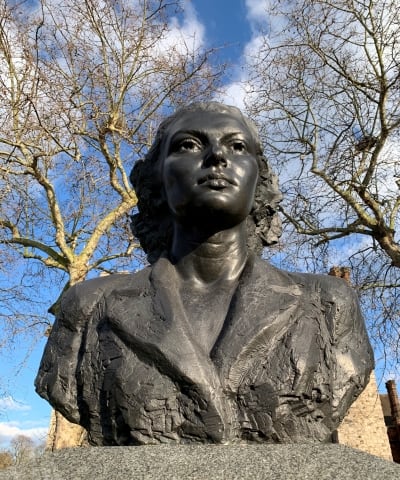 Her statue gazes out over the Thames and is not far from where she lived in London.

Violette was born in Paris, but moved to London as a child. When war broke out in 1940, she worked through a series of war jobs such as the Land Army, ATS and in an armament factory. She married a highly decorated Hungarian in the French Foreign Legion at the age of 19 and they had a daughter. Tragically, he was killed in action just months after her birth and he never got to see her. Violette was approached to join the SOE, probably due to her language skills, and she accepted to seek revenge on the enemy who had killed her husband.

She underwent extensive training and conducted missions in occupied France. Her final mission, just two days after D-Day, saw her parachuted in to northern France, where she was to coordinate the local resistance activities against the Germans attempts to slow the advance of the Allied troops from Normandy.

She was travelling in a car which was stopped at a roadblock, and her and her colleagues conducted a gun battle with the Germans. In their attempt to flee, Violette twisted her ankle and urged her colleagues to run, while she hid behind a tree and provided covering fire, killing some and keeping others at bay for 30 minutes until she ran out of ammunition.

She was captured, tortured and interrogated by the SS and the Gestapo, before being sent to Ravensbrück, a concentration camp in Germany, in August 1944. Living in appalling conditions and treated brutally, she was eventually executed by a single gunshot in the back of the head in February 1945, at the age of just 23.

Szabo was posthumously awarded the George Cross in 1946, the Croix de Guerre in 1947 and the Médaille de la Résistance in 1973, which are now on display in the Imperial War Museum in London. 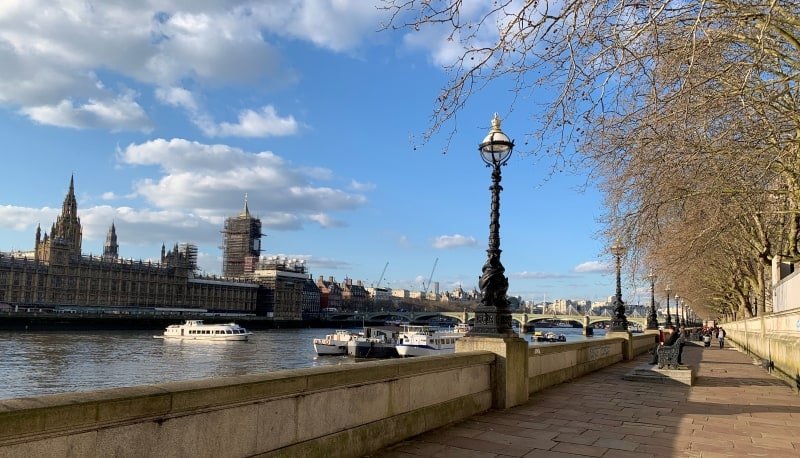 The statue overlooks the Thames and the Houses of Parliament.

A final plaque is dedicated to the heroes of Telemark, the Norwegian Resistance fighters sponsored by the SOE who raided the Norsk Hydro plant in Telemark, Norway, sabotaging the machinery in use by the Germans which produced heavy water, thereby thwarting their attempts to manufacture the atom bomb.

There is a museum dedicated to Violette Szabo in Herefordshire, in the house where she spent some of her childhood and stayed between missions, where you can learn more about her. The National Army Museum in nearby Chelsea has items used by S.O.E. Agents. You can also visit the SOE ‘finishing school’ in Beaulieu where Violette received some of her training.