St. Mary-le-Bow is one of the most well known parish churches in London, entrenched in city folklore. Located in the Cheapside area, it has a long and tumultous history, having been re-built several times over the centuries. Its famous bells ring out regularly across the city, it has an extensive events programme and with its Norman crypt now in use as a cafe, this church is still very much part of the community. 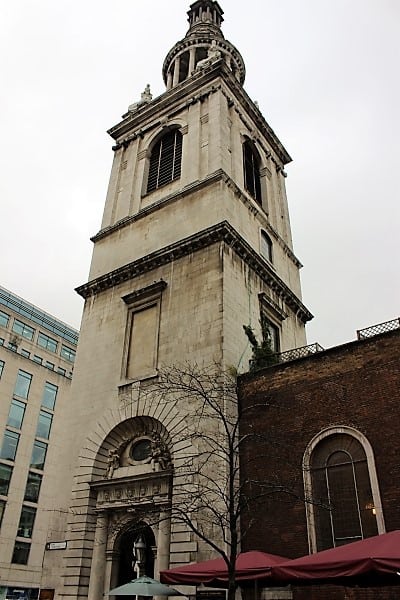 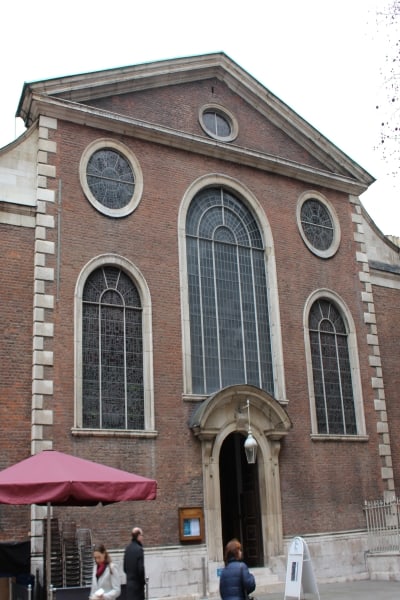 The church is notoriously difficult to photograph, as there are so many buildings in the vicinity.

St Mary-le-Bow features heavily in local London legends. According to tradition you cannot be a true Cockney unless you have been born within earshot of the sound of Bow Bells, and true Londoners take great pride in this endorsement of their status. St Mary-le-Bow is the church whose ‘great bell’ is referred to in the famous old English nursery rhyme Oranges and Lemons. Also, according to folklore it was the bells of St Mary that persuaded Dick Whittington to turn back on his homeward journey, and to remain in London, the bells telling him to “Turn again Whittington, Lord Mayor of London”. He eventually become its Mayor in 1397. So this church and the peal of its bells are held in high affection by all Londoners who cherish their City’s history. 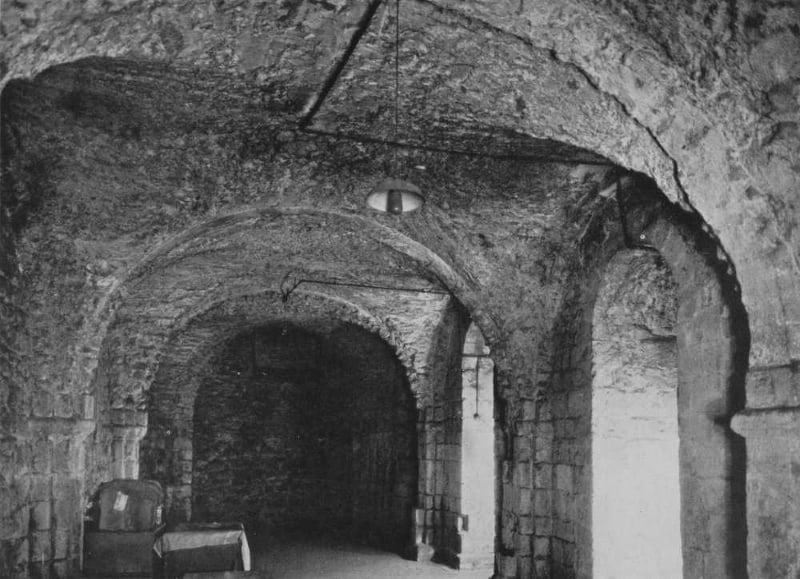 This photograph of the crypt was taken in the 1920s and clearly shows its 11th century origins.

Archaeological evidence shows that there was originally a Saxon church on this site, replaced by a Norman church in 1080, built by Lanfranc, William the Conquerors Archbishop of Canterbury, who came with him from France. Built with stone from Caen, and towering above them, it sent a powerful message to the Saxons. This church was dedicated to Beata Maria de Arcubus or St Mary of the Arches, and was destroyed in a freak tornado in 1091, said to be one of the most violent ever in Britain, although the crypt did survive. The crypt was originally an undercroft and the ‘le-bow’ or de arcubus refers to its Norman arches which were quite a novelty at the time. It is now a restaurant, The Cafe Below. 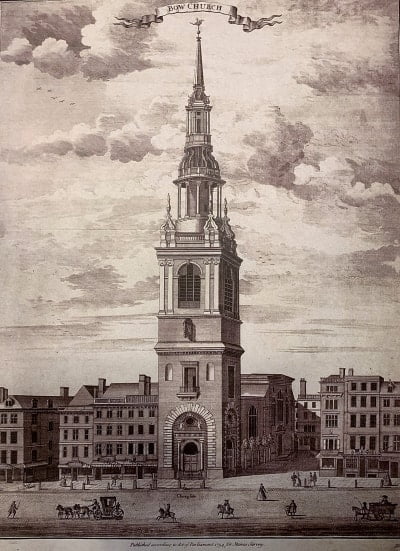 An engraving from 1754 shows Wren’s church. The balcony is thought to be a reference to the Medieval one from which jousts is Cheapside were viewed. © City of London 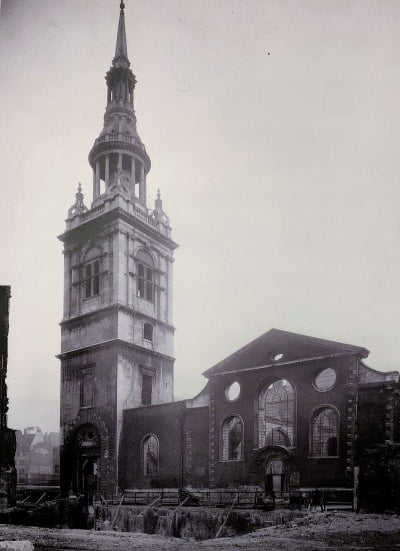 This photo from the 1940s shows the extent of the bomb damage to the church, with its insides hollowed out.

The church was rebuilt after a fire in 1196, and repaired again when one of the towers fell down, nearly killing someone below. From 1251, St-Mary was the home of the final appeal court of the church, the Church of Arches, something which has been revived in recent years. It was from 1363 that St Mary achieved its prominence, as its bells declared the evening curfew, ringing every night at 9pm to signal the end of the working day, and to notify other churches to ring out their curfew bells.

This building was almost completely obliterated in the Great Fire of 1666, although again the crypt survived. Sir Christopher Wren was commissioned to rebuild the church, considered to be the second in importance in London after St Paul’s Cathedral, and it was one of the first ones the did, completing St. Mary in 1680.

Like so many other City churches, the bombing raids by German aircraft in 1941 during the Blitz caused huge amounts of damage. The tower survived, but the fire within caused the famous bells to crash to the ground. Re-building began in 1956 and the church was finally reconsecrated in 1964. 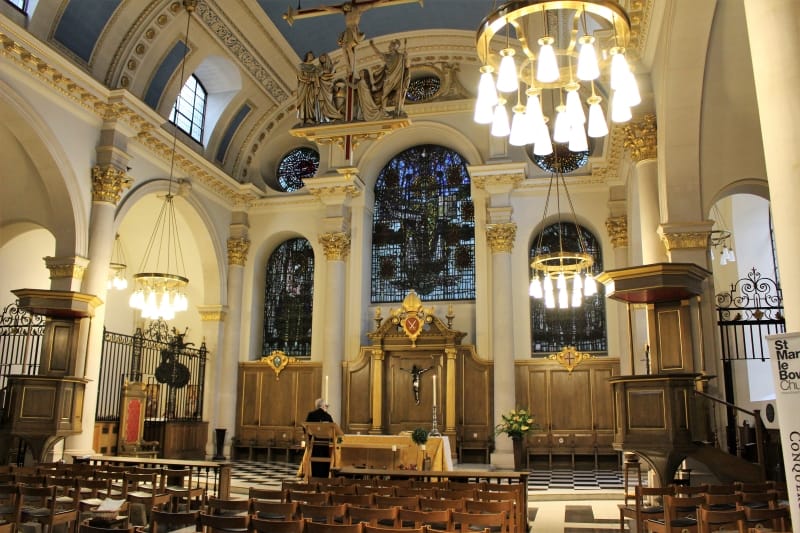 The blue, white and gold contrast with the striking colourful windows.

The Bow Bells are probably the most famous in the world. The previous ‘great bell at Bow’ was destroyed in an air raid of 1941. Now Bow has 12 bells, hung in 1961 as part of the repair programme after the war. A recording of Bow Bells is still used today by the BBC World Service before some English Language broadcasts. Peals for special occasions ring out across the Square Mile and beyond, although during practice sessions the bells are quieter.

What attracts attention immediately on entry is the high tunnel vault over the nave, painted a vibrant blue and white, with gold leaf on the arches and tops of the columns. Also noticeable is the large pendant crucifix with attendant figures that hangs above the altar, which is unusual in a Protestant church. The impression is one of light and space and welcome. The windows are very striking; installed in 1964 and designed by John Hayward, who also designed the furnishings and vestments. 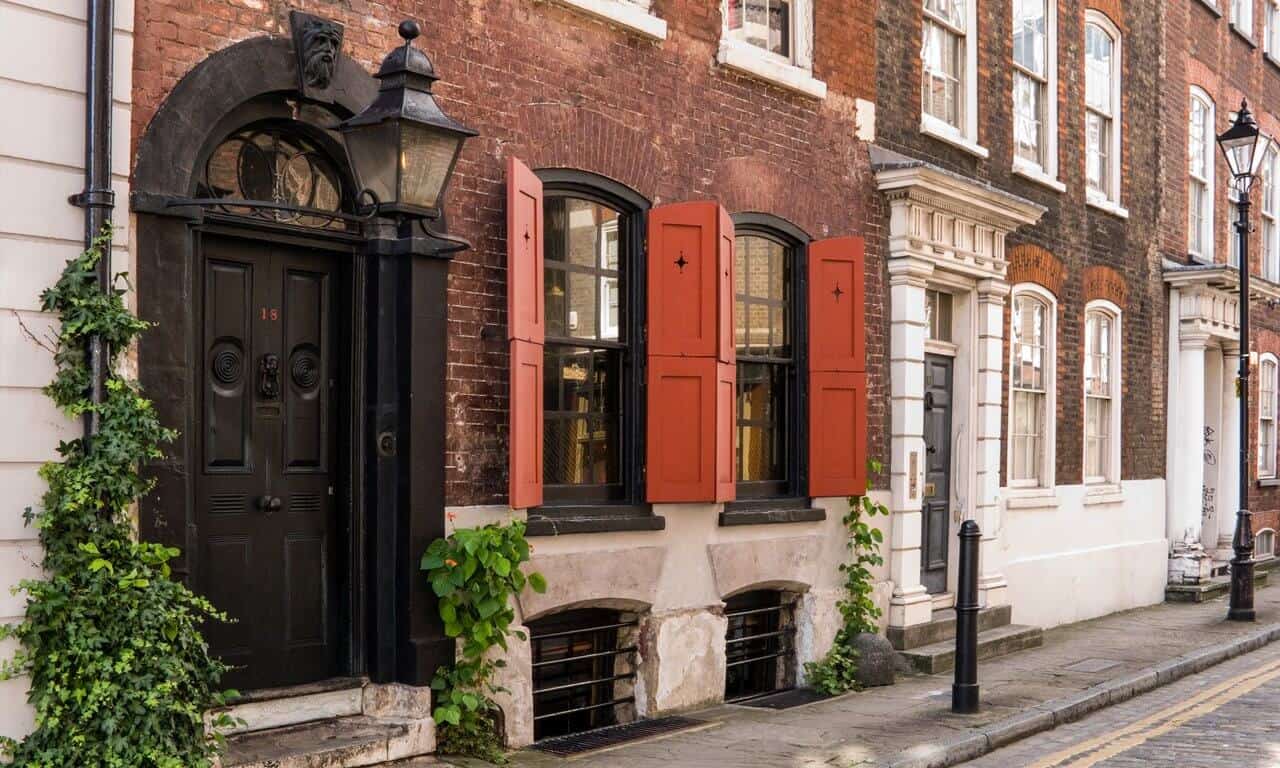 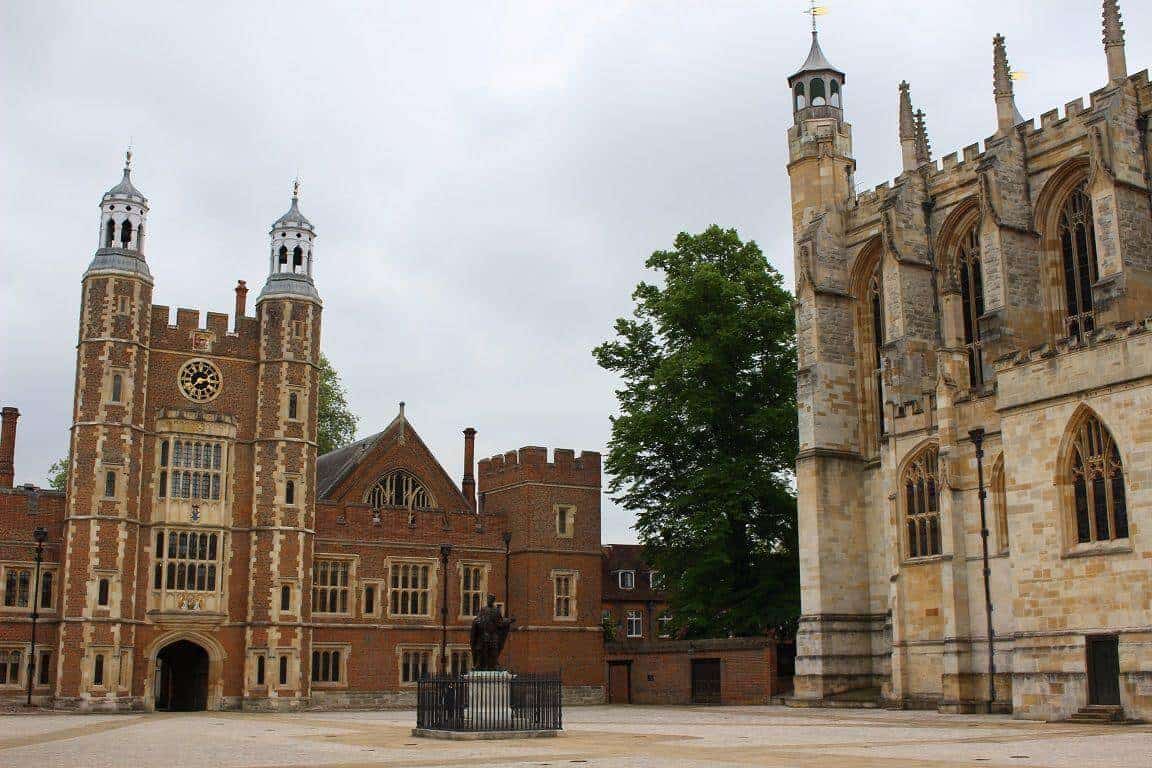 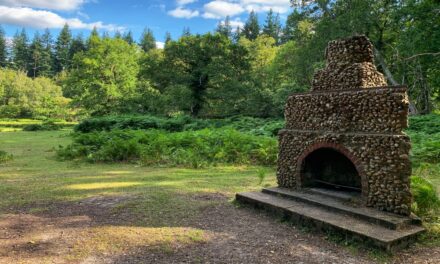 Portuguese Fireplace in the New Forest: the War Memorial to Portuguese Labourers of World War I 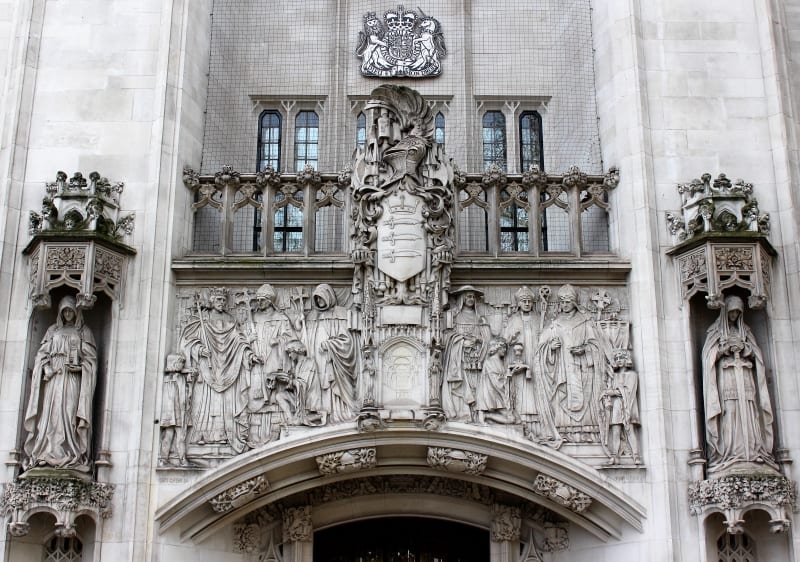