St Michael at the North Gate: the City Church in Oxford

Oxford is one of England’s best-known cities, known the world over as the home of the eponymous university established in the 12th century. Walking around the city’s busy streets today one can still find many remnants of this Medieval past. One of the best examples of which is the City Church of St Michael at the North Gate. 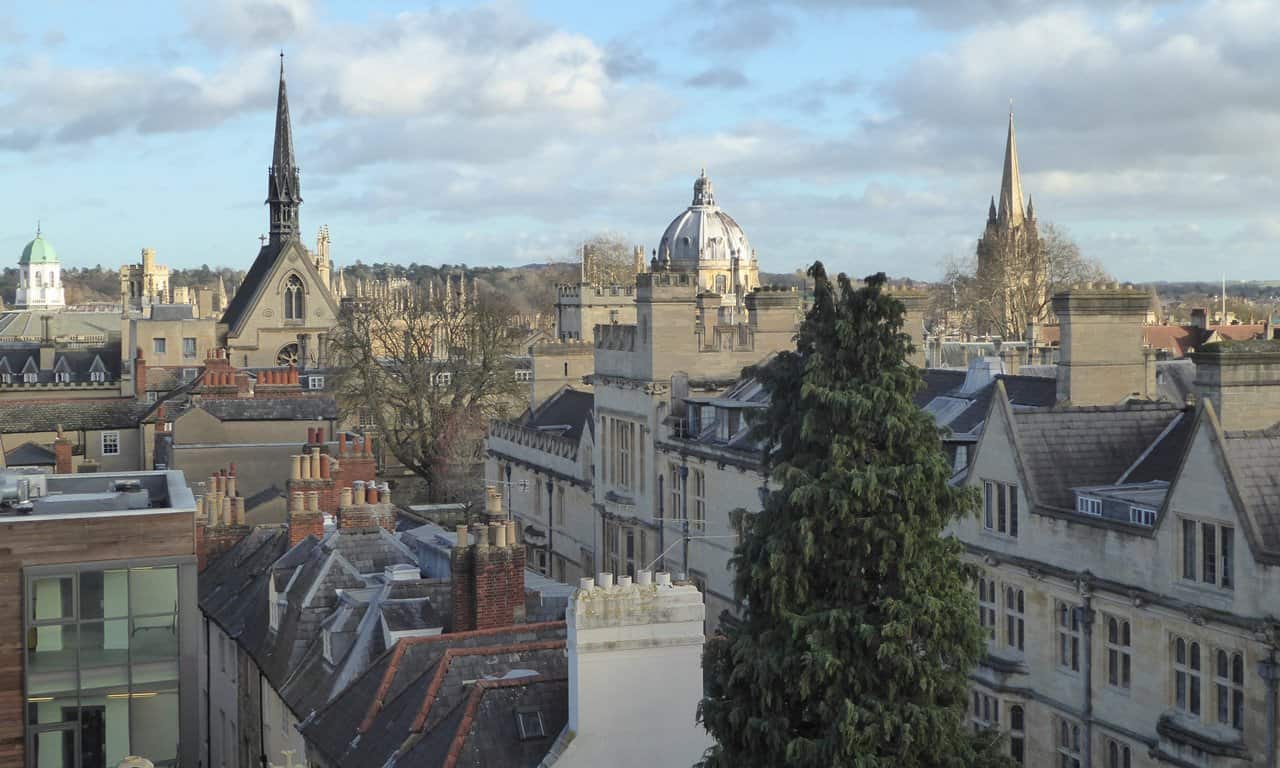 Dreaming Spires: a view from the tower of St Michael at the North Gate.

St Michael at the North Gate was built during the early Middle Ages, in what we now call the Anglo-Saxon period. Unfortunately, little is known of its origins. Among the earliest references to its existence is the Domesday Book of 1086. Its unusual name references the fact that the church stood at what was once the north gate of the wall around Oxford (in the English county of Oxfordshire).

Today, with the wall gone, it finds itself in a fairly central position in the city centre, an area popular with students, shoppers, and tourists, in Cornmarket Street at the junction with Ship Street. When in 1971 the All Saints Church was deconsecrated and converted into the library of Lincoln College, St Michael at the North Gate was designated the city’s third city church. As the City Church of Oxford it is here that the Mayor and the Corporation of Oxford are expected to worship. 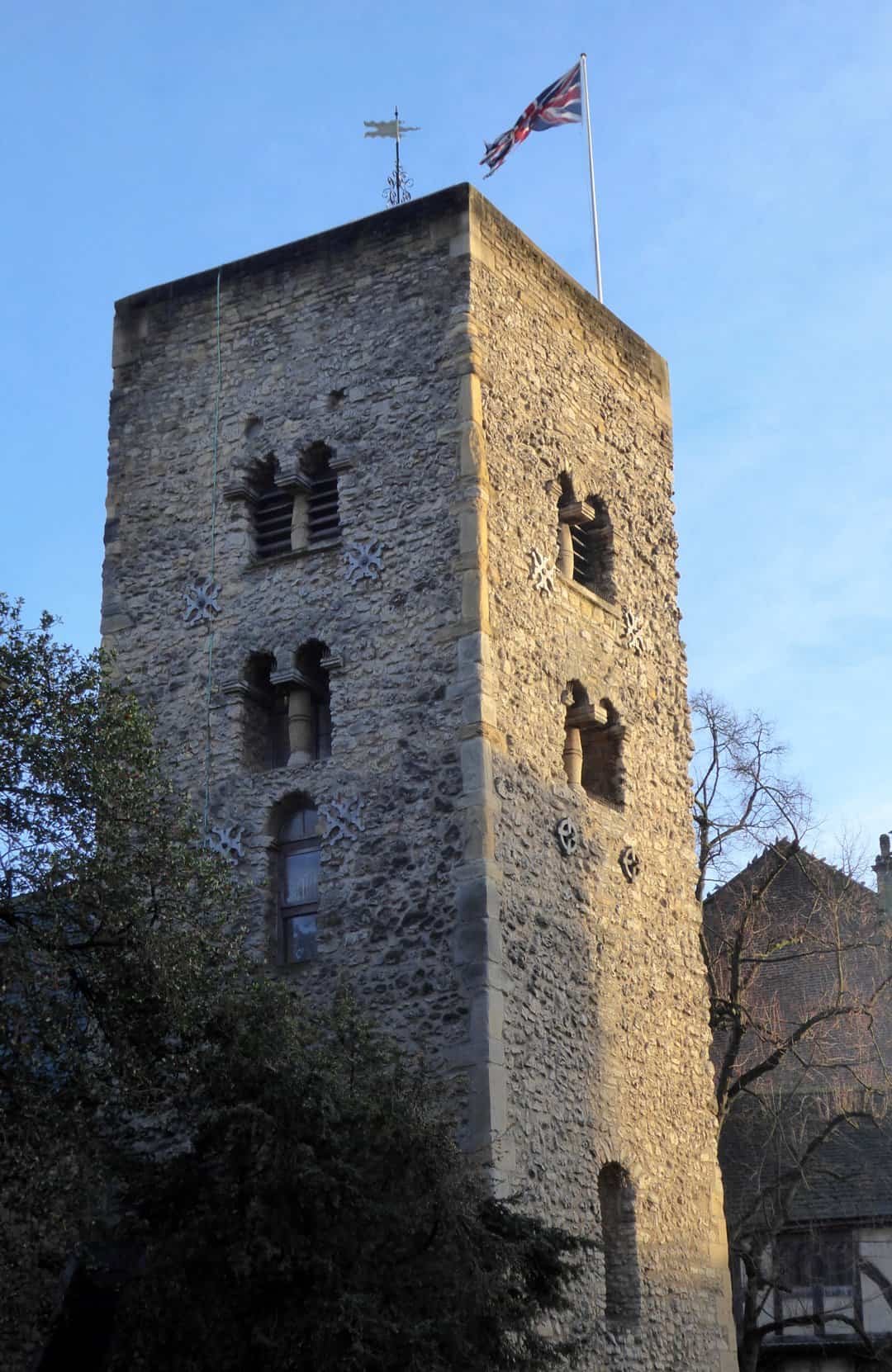 For a small fee visitors can climb the Anglo-Saxon tower to see wonderful views over the city of Oxford.

The most obvious feature of St Michael at the North Gate is its tower, an early 11th century construction now surviving as the oldest building in Oxford. Today visitors can climb the tower, passing the church’s six large bells hanging inside of it. From the roof, panoramic views across central Oxford and beyond can be enjoyed.

Later in the Middle Ages, rebuilding projects destroyed much of the Anglo-Saxon church, leaving the tower as the only reminder of this period in English history. The structure of the present chancel dates from the 13th century, at which point it was still a Roman Catholic place of worship. Like other Medieval churches in England, it switched to Anglicanism following the 16th century English Reformation. The bloody religious conflicts which marked this period are recalled by a wooden door housed in the tower, through which the Oxford Martyrs – three prominent Anglicans executed under the reign of the Catholic Queen Mary Tudor – were led to their deaths in 1555.

The interior of St Michael at the North Gate was remodelled in the 19th century by George Edmund Street, one of the best known Neo-Gothic architects of the era, with further alterations made after a fire during the 1950s. There are nevertheless various older features to see. The 14th century font is decorated with ecclesiastical figures and comes from St Martin’s Church in nearby Carfax. The church pulpit dates from the 15th century and in 1726 played host to one of the most famous preachers in English history: John Wesley, whose reformist ideas gave birth to Methodism, today one of the world’s largest Protestant denominations. 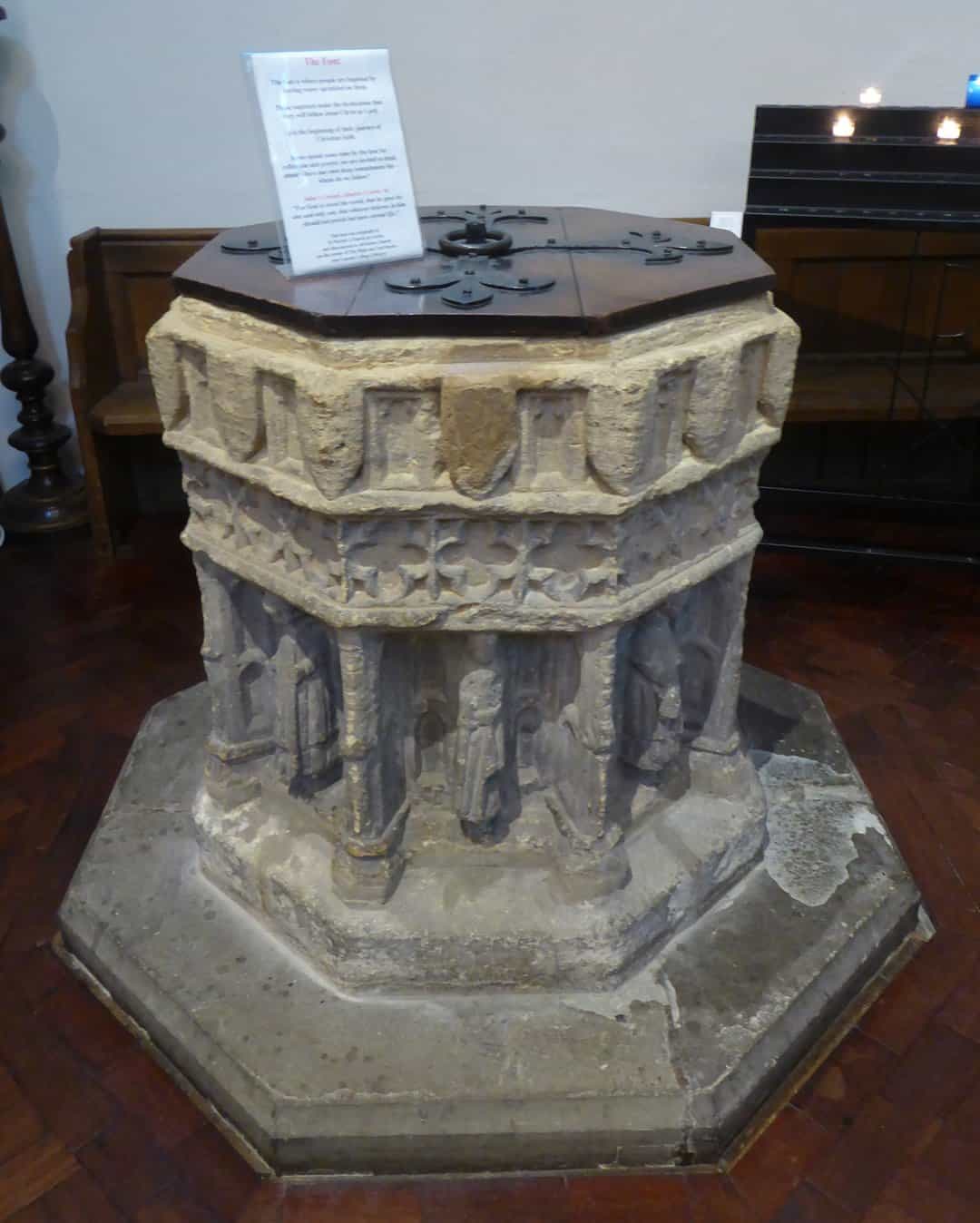 The 14th century font we see in St Michael at the North Gate is originally from the church of St Martin’s in nearby Carfax.

A small room acts as a museum and showcases various artefacts pertaining to the church and its history. Highlights include a range of silverware, an old chest in use since at least the early modern period, and an (unfortunately damaged) Medieval Sheela-na-Gig carving that once adorned the church’s walls. 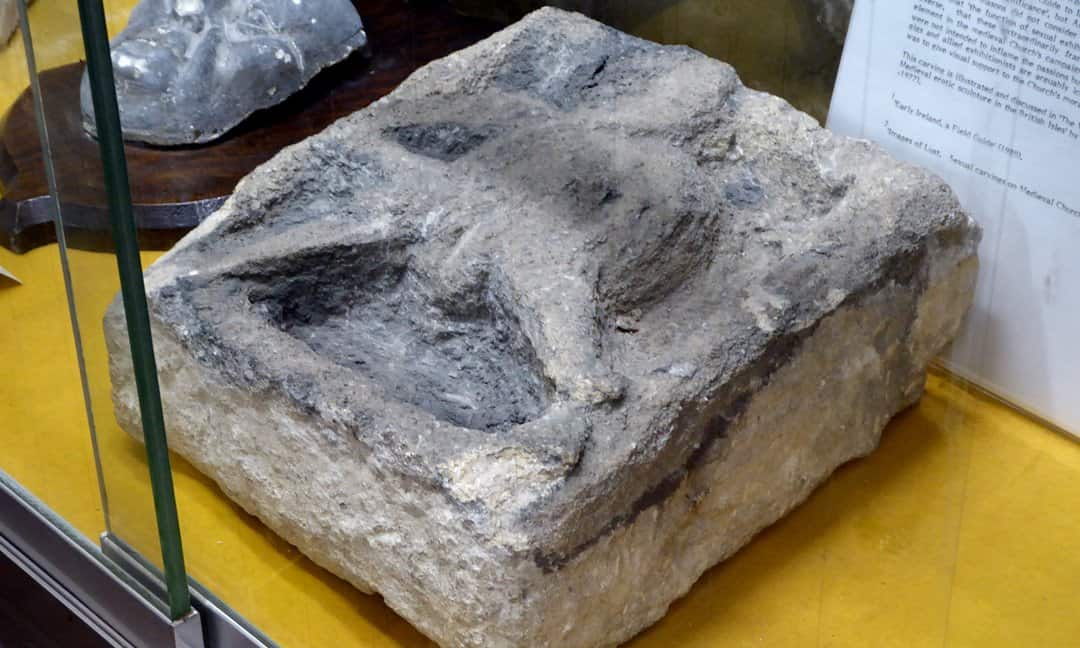 A carving of a Medieval Sheela-na-Gig can be seen in the church’s museum.

Entry to the church itself is free, although a fee of £4 is charged for those wishing to climb the tower and visit the museum room. As with many Medieval churches across the county, St Michael at the North Gate remains an active place of Christian worship, holding Anglican services each Sunday. It also hosts a range of concerts, including a regular ‘Music on Mondays’ event to raise money for charity.

Access to the top of the tower requires a steep walk and may not be suitable for those with mobility issues. Those who suffer from vertigo may also wish to give climbing the tower a miss!

A tour of the church takes anywhere between 30 minutes and an hour. And so if you are visiting Oxford you can combine your trip with some of the many other historic attractions in the city. The Ashmolean Museum, a five to ten minute walk from the church, has one of the finest archaeological collections in Britain, including important Anglo-Saxon material from across southern and eastern England. Those with a particular interest in the Middle Ages may wish to visit Oxford Castle & Prison, which started life as a Norman motte-and-bailey structure and is also in walking distance from St Michael at the North Gate. Although much has changed in the intervening centuries, such sites help to offer a glimpse into our Medieval past.