The Colosseum … in Lego, Downunder

Just as archaeology exhibitions are not all just dusty old bones and stones in glass cases, Lego is no longer only used to build houses. This collection of photographs come from an exhibition of Rome’s most famous landmark, the Colosseum. The exhibition was hosted in what was then the Nicholson Museum at the University of Sydney in 2013. And the star turn was a reconstruction of the Colosseum made entirely from Lego. 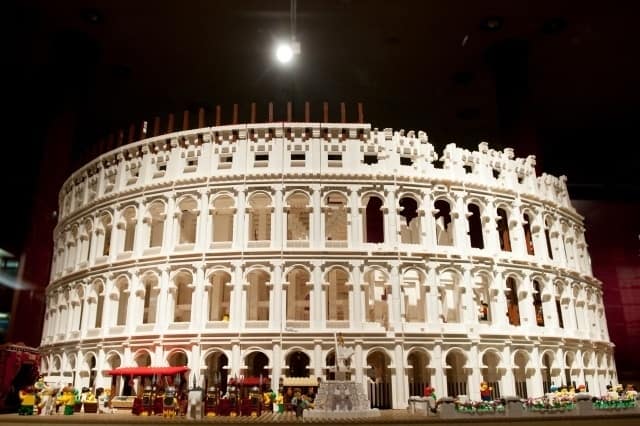 A reconstruction of the Roman Colosseum made with Lego bricks, on display at the Nicholson Museum in Sydney

The Nicholson Museum at the University of Sydney in Australia created a wonderfully innovative display of the Colosseum using over a quarter of a million pieces of Lego, right down to the gory detail of the gladiatorial games. The model is the work of Lego certified Ryan ‘Vitruvius’ McNaught and formed the playful centrepiece of an exhibition about the world-famous amphitheatre at the Nicholson.

My thanks to Michael Turner, Senior Curator at the The Nicholson Museum, for sending these fantastic photographs of Lego Colosseum and permission to reproduce them here. Anyone who has spent hours building things out of Lego bricks will be able to appreciate the look of absolute delight in the children’s faces as they gaze in awe at the Colosseum. 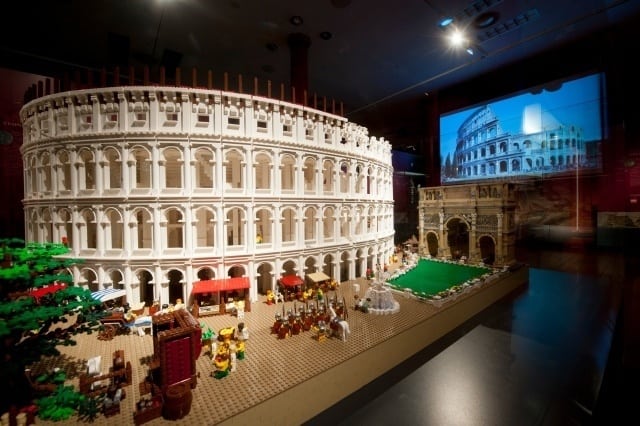 The Lego Colosseum on display in the Nicholson Museum 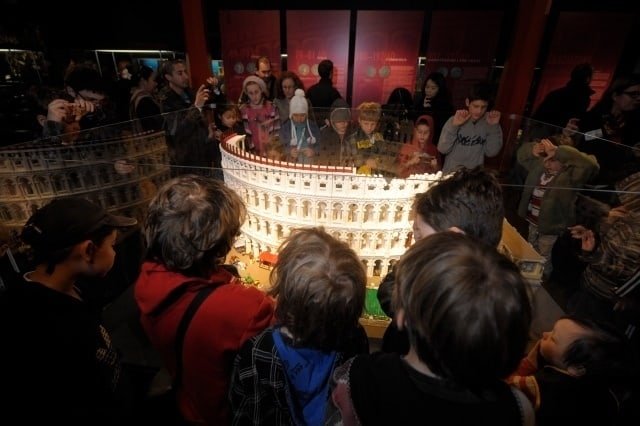 Clearly, a popular exhibit – as anyone who has spent hours with Lego would know. 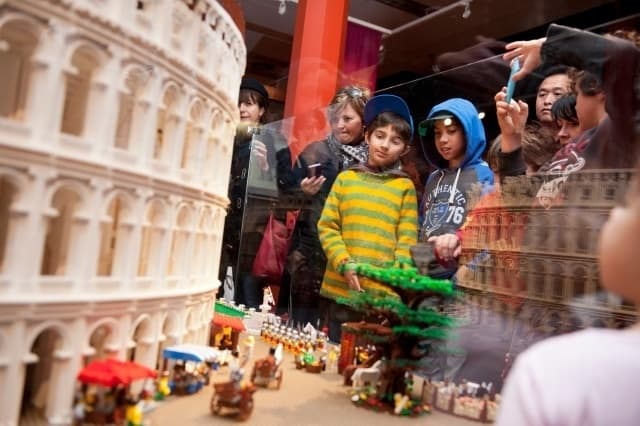 Clearly, it is not just the children who seem to be captivated by Lego Colosseum. 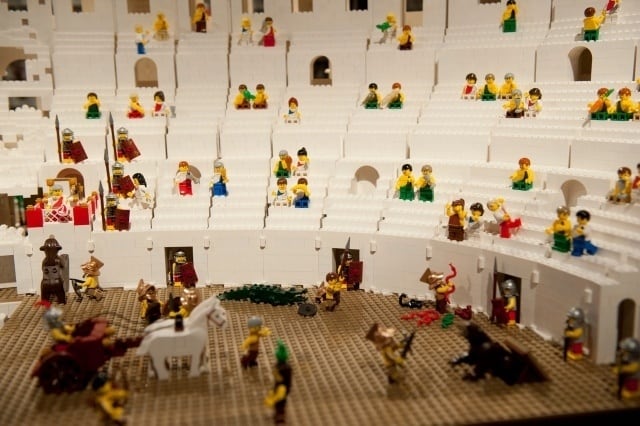 Not only has the architectural structure been reproduced in Lego bricks, but also the gladiator sports and other activities within the arena. Down to the exotic animals, note the crocodile. 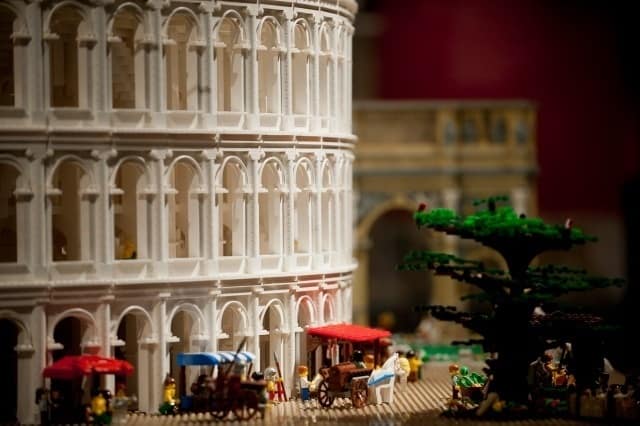 The detail of the Lego reconstruction is quite something. Anyone who has been to Rome and the Colosseum will recognise the life-like trees. And of course the Arch of Constantine in the background, where it should be. 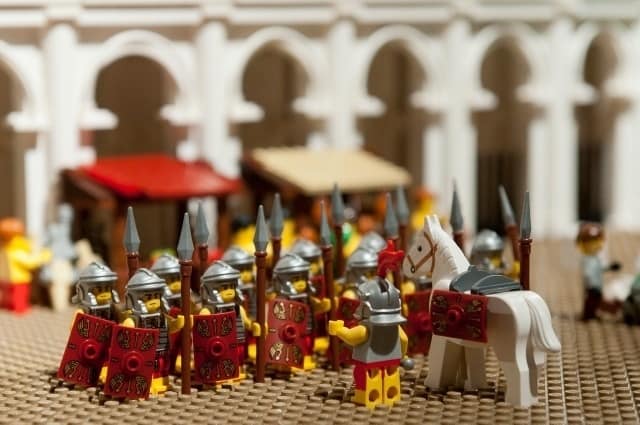 No reconstruction of the Colosseum would be complete with out the Roman Legion.

Build Your Own Colosseum in Lego

Since Ryan McNaught created this beautiful Lego reconstruction of the Colosseum, the Lego company have created the Creator Expert 10276 Colosseum. If you have the patience, you can build your own Lego Colosseum, but with far fewer pieces – only 9036 bricks. It is not cheap, as of April 2021 a new kit will set you back US$769. But there are second hand kits available.

Buy your Lego Colosseum on Amazon.com or Amazon.co.uk

Please Note: As an Amazon Associate we earn a commission from qualifying purchases.

The University of Sydney’s Nicholson Museum is now part of a much bigger museum. The Chau Chak Wing Museum, which opened to the public on 18 November 2020.

The Nicholson Collection is an important part of the new museum. The former museum was founded in 1860 by Sir Charles Nicholson, the University’s Chancellor between 1854 and 1862, when he donated his private collection of antiquities to the University. The Nicholson was Australia’s oldest university museum. And since the 1860s the collection has been enhanced by donations, bequests as well as the funding of excavations in Egypt. Today the museum houses the largest collection of Classical antiquities in Australia and the southern hemisphere. The Near East, Cyprus, Egypt and Medieval Europe are also well represented in the museums collection.