Chances are if you have been to a museum exhibiting ancient Egyptian artefacts, you have seen a shabti or two. They are much more common than mummies! 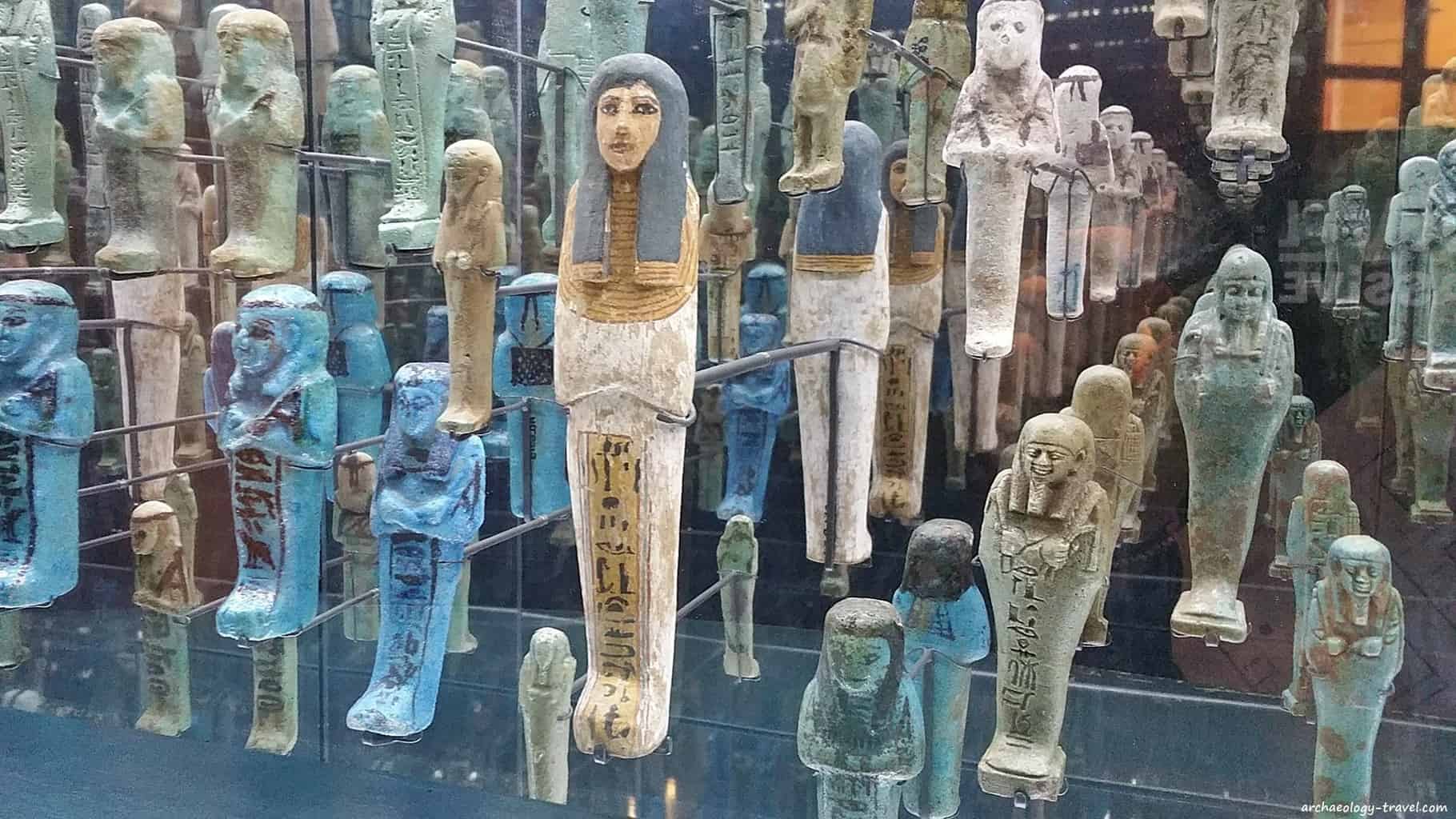 While visiting the Bristol Museum and Art Gallery in southwest England a few days ago, it dawned on me that although I have seen loads of shabtis, I have only ever seen them from the front. There is nothing particularly interesting about the back of a shabti, so my observation is more of a reflection on how they are usually displayed in museums. Shabtis are either placed in a display case up against the back wall or stood upright on level surfaces facing the front.

As you enter the darkness of the Ancient Egypt Gallery in the Bristol Museum the wall that introduces this permanent exhibition has two ‘windows’ into two brightly lit display spaces. Suspended on rods within these spaces, between a mirror at the back and the glass front, are a number of shabtis. If you have ever stood in a lift or some other boxed architectural space with mirrors on either side of you, you will know the effect that is achieved here. Looking into these windows you see the shabtis, front and back, of all designs and types, disappearing off into infinity.

A simple enough technique that is quite out of the ordinary and provides an effective display of these wonderful small ancient Egyptian artefacts.

What is a Shabti, and why are they so common?

A shabti is also known as ushabti or shawabti, and it is thought the name derives from the ancient Egyptian word for stick – Swb – that got reinterpreted as wSb, which means ‘answer’.

Shabtis are small male or female figurines carved in stone or wood, and sometimes even formed in faience, to resemble a mummy. These figurines were placed in a person’s tomb alongside other grave goods in the belief they would act as servants in the afterlife. Thus explaining why they often have tools such as a hoe in their hands, or a basket on their backs.

Looking at the shabtis in the photograph above you will notice that each one has a hieroglyphic script on the legs. This is a feature of all shabtis and the inscription is a specific ‘shabti formula’ that is often taken from the 6th chapter of the Book of the Dead. The script attests to their readiness to work on behalf of the deceased when called on to do so by the gods. Hence the idea that these figurines were called ‘answerers’, as they answered the call of the gods.

Shabtis, along with carved scarab beetles, are the most numerous of ancient Egyptian antiquities. And this is because they were made and included with the grave goods of the dead throughout all periods starting in the Old Kingdom. Although there are changes through time.

One of these changes is the number included in a burial. In the 18th Dynasty a standard elite burial would have at least one shabti, by the Third Intermediate period it was not unusual for there to be one for each day of the year. As numbers grew, so there was the need for ‘overseers’ to keep control of them. These are identified by the whip they carry in one of their hands.

With over three hundred per burial, it is not at all surprising they are so common then. 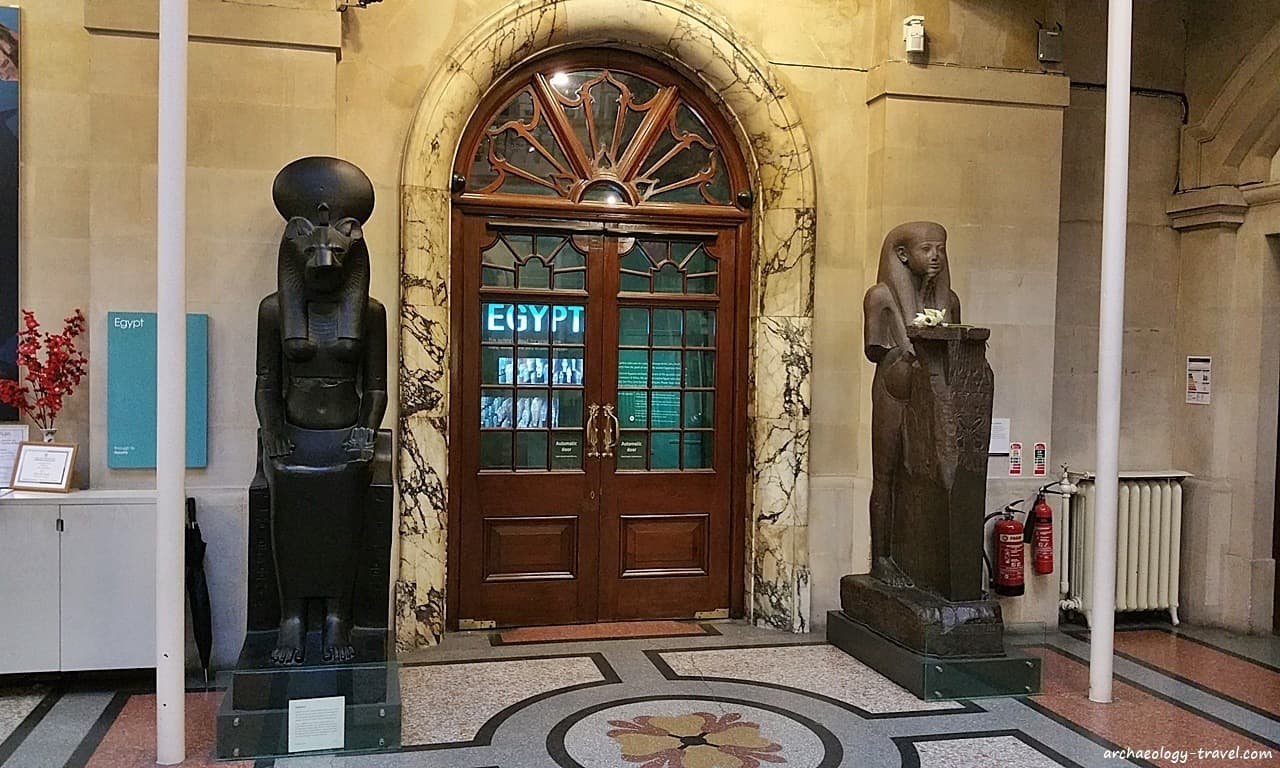 The entrance to the ancient Egyptian Art Gallery in the Bristol Museum and Art Gallery.