A fine example of a Roman castellum, one of only two surviving in such remarkable condition. 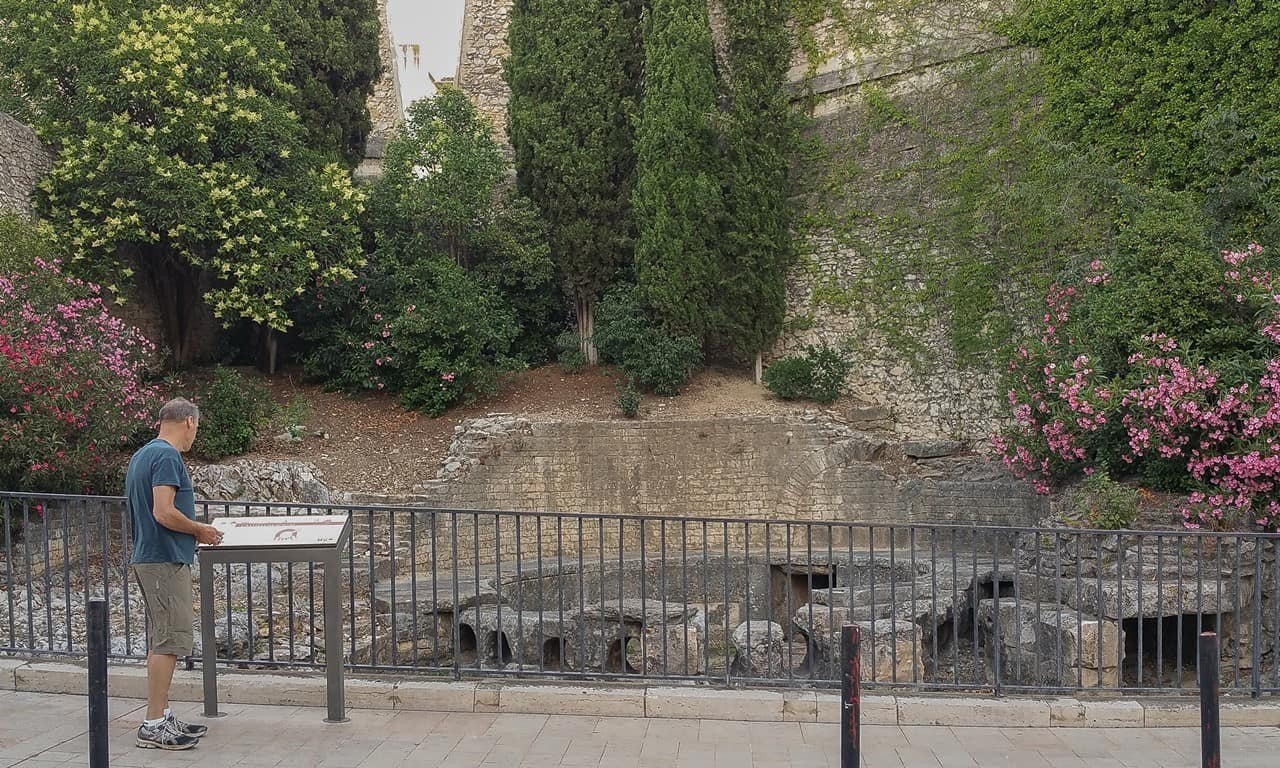 A castellum is a Roman structure that was situated at the end of an aqueduct, where the water was delivered to a basin and then dispersed. Le Castellum Aquae in Nîmes (also called the castellum divisorium de Nîmes) is at the end of the 50 kilometre aqueduct (known as the Nîmes Aqueduct) that brought water from from a spring near Uzès, the Eure Fountain, to what was then the Roman city of Nemausus. Although the ruins seem quite simple and unassuming and tucked away in a side street of Nîmes, there is only one other castellum divisorium from the Roman world that is better preserved, and that is at Pompeii.

What is there to see today?

The main features of the castellum are still visible. And despite being fenced off, these features can be seen from the pavement.

The aqueduct’s channel enters a circular tank of 5.90 metres in diameter and about 1.40 metres deep. From the pavement visitors can clearly see the ten openings, each about 40 centimetres in diameter, in the wall around the tank. These were the opening into which lead pipes were placed that carried water to various parts of the city, including the public fountains and the different parts of the city.

Compare the diagram here with the photographs below. 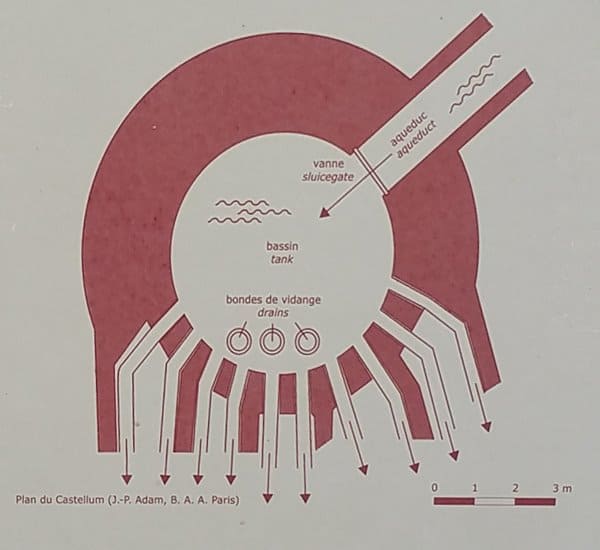 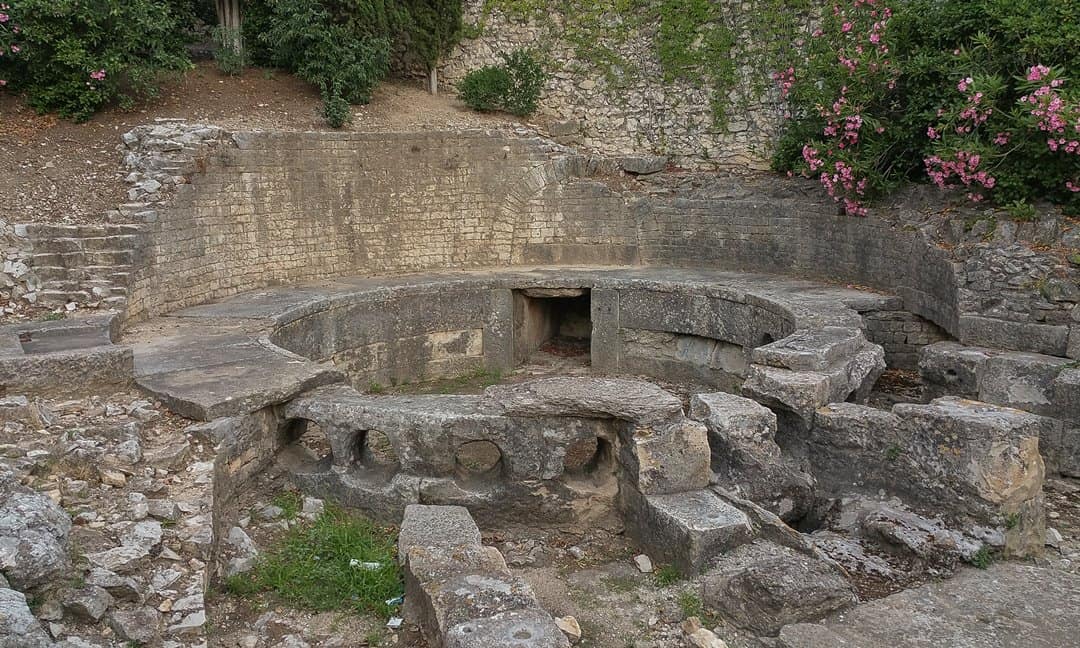 The rectangular channel at the back is the end of the aqueduct. 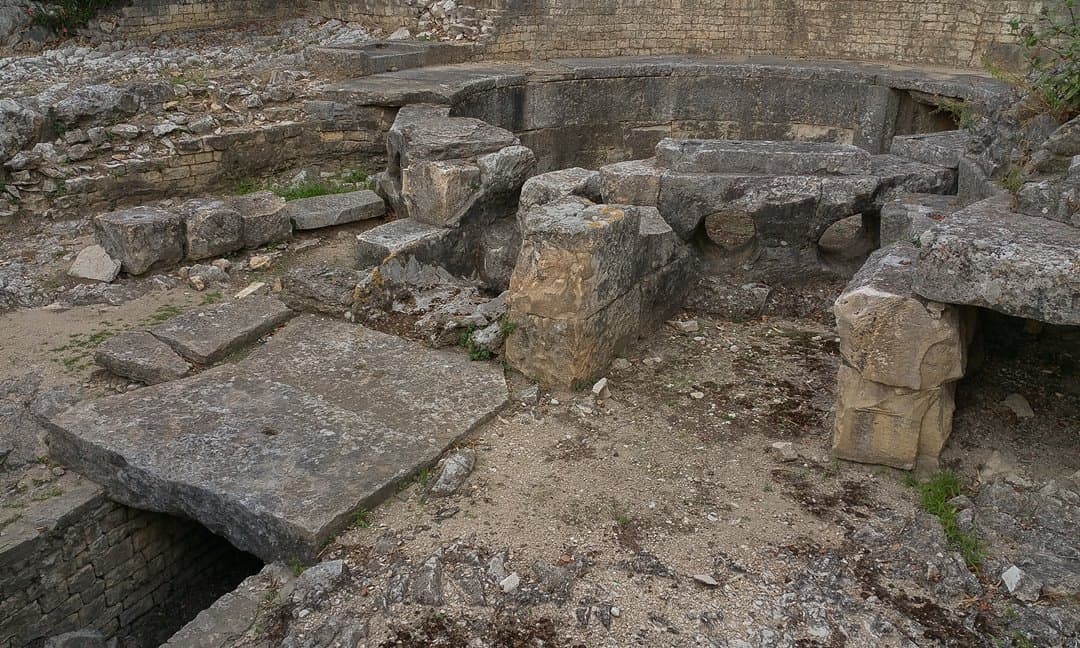 The tank and the drainage channel. 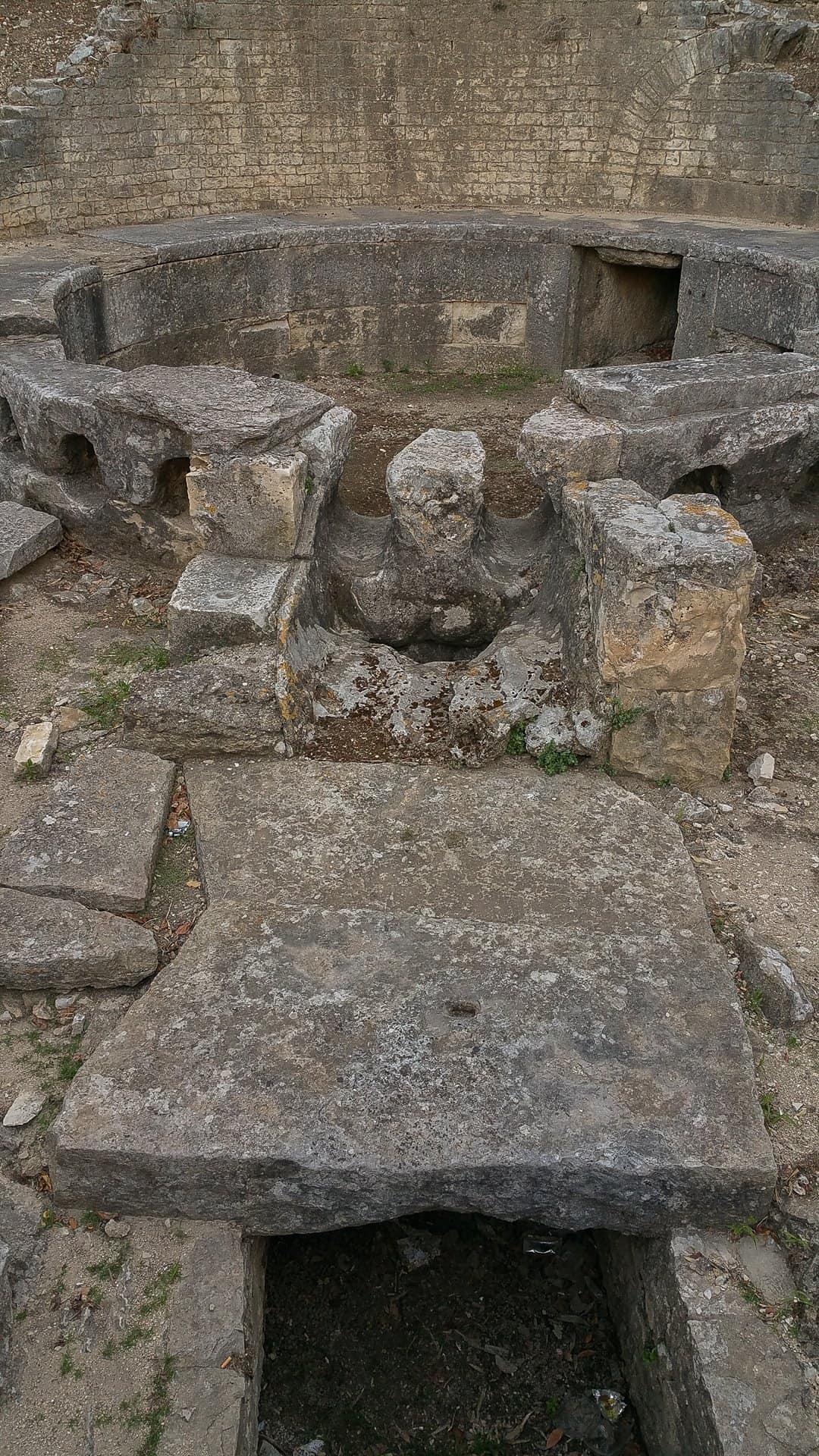 The drainage channel below the distribution pipe holes.

Where is the Castellum Aquae?

The castellum is beneath the walls of the west bastion of a 17th century citadel, often incorrectly called Fort Vauban. During the building of the citadel in 1688 the Castellum was covered over with rubble. In 1844 it was rediscovered, and excavated and made accessible to the public.

Today the citadel is one of three sites that make up the Université de Nîmes; it is here that students study social and human sciences. Towards the end of the 17th century, more specifically following the Revocation of the Edict of Nantes in 1685, French protestants (Hugenots) were deprived of their civil liberties and religious freedom. Many Hugenots fled France, while those living in and around the Cevennes mountain region took advantage of the mountainous terrain and fortified themselves. The citadel in Nîmes is one such stronghold; one of the reasons why it was built on a relatively high rocky outcrop beyond the city walls. In 1790, after the French Revolution and following considerable conflict between Catholics and Protestants, the citadel became a prison. During World War II the citadel was used to house those who fought against Nazi occupation of France. And then, after the liberation of France, the citadel housed Nazi collaborators.

A fire in 1974 destroyed a lot of the building, and in 1991 the prison was closed. And following an architectural competition in 1991, the site was redeveloped for the Université de Nîmes – opening in 1995 (read more on the history of the citadel and its transformation from 1688 to 1995 on the university’s website). 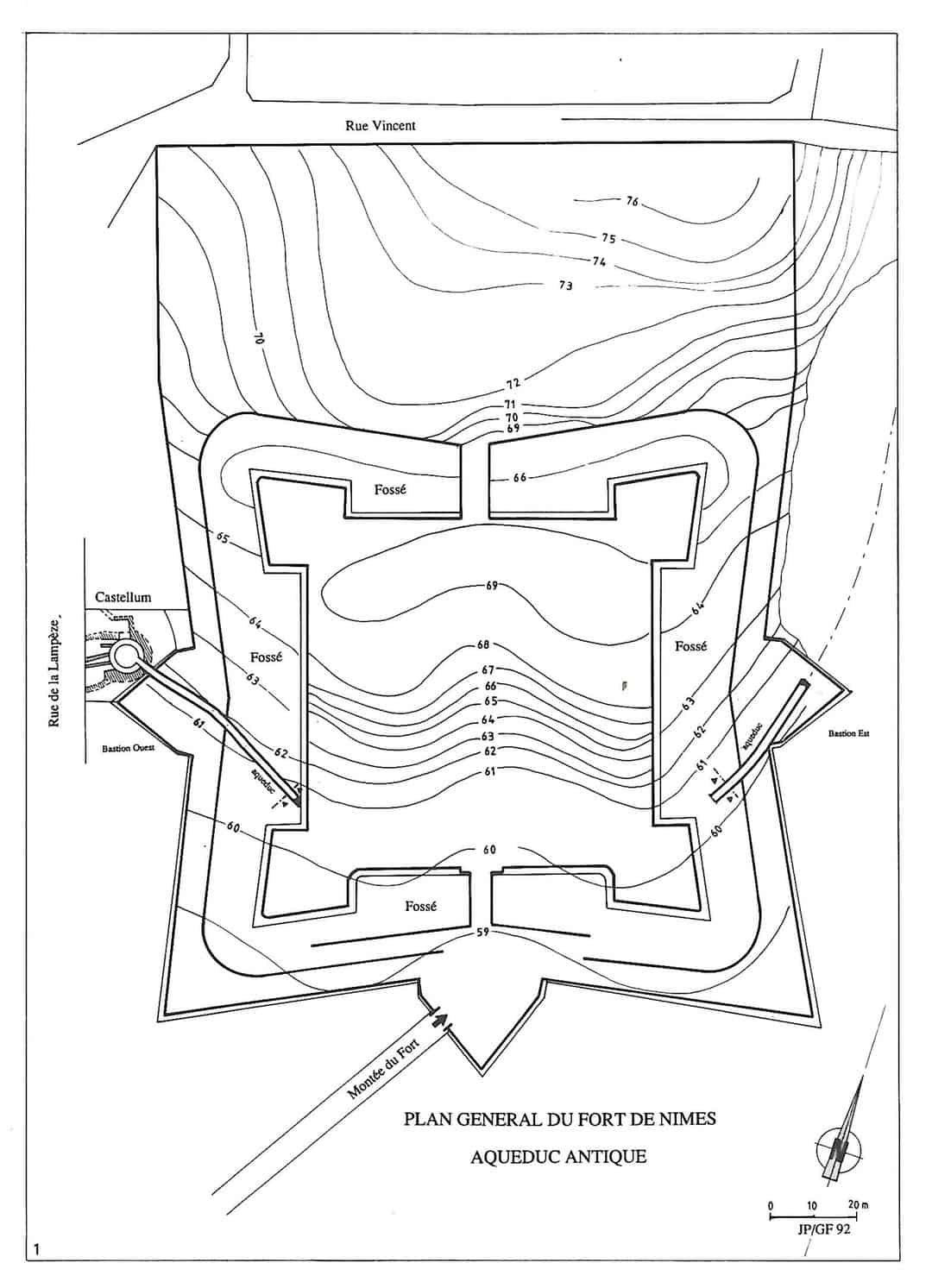 Plan of the castellum, aqueduct and citadel in Nîmes.

Cross-section showing the location of the aqueduct and the citadel.