Israelite Cemetery and the Holocaust Memorial in Nice, France

High in the hills of Nice on the French Riviera is an Israelite Cemetery which includes a moving and poignant memorial to the Jewish victims of the Holocaust. 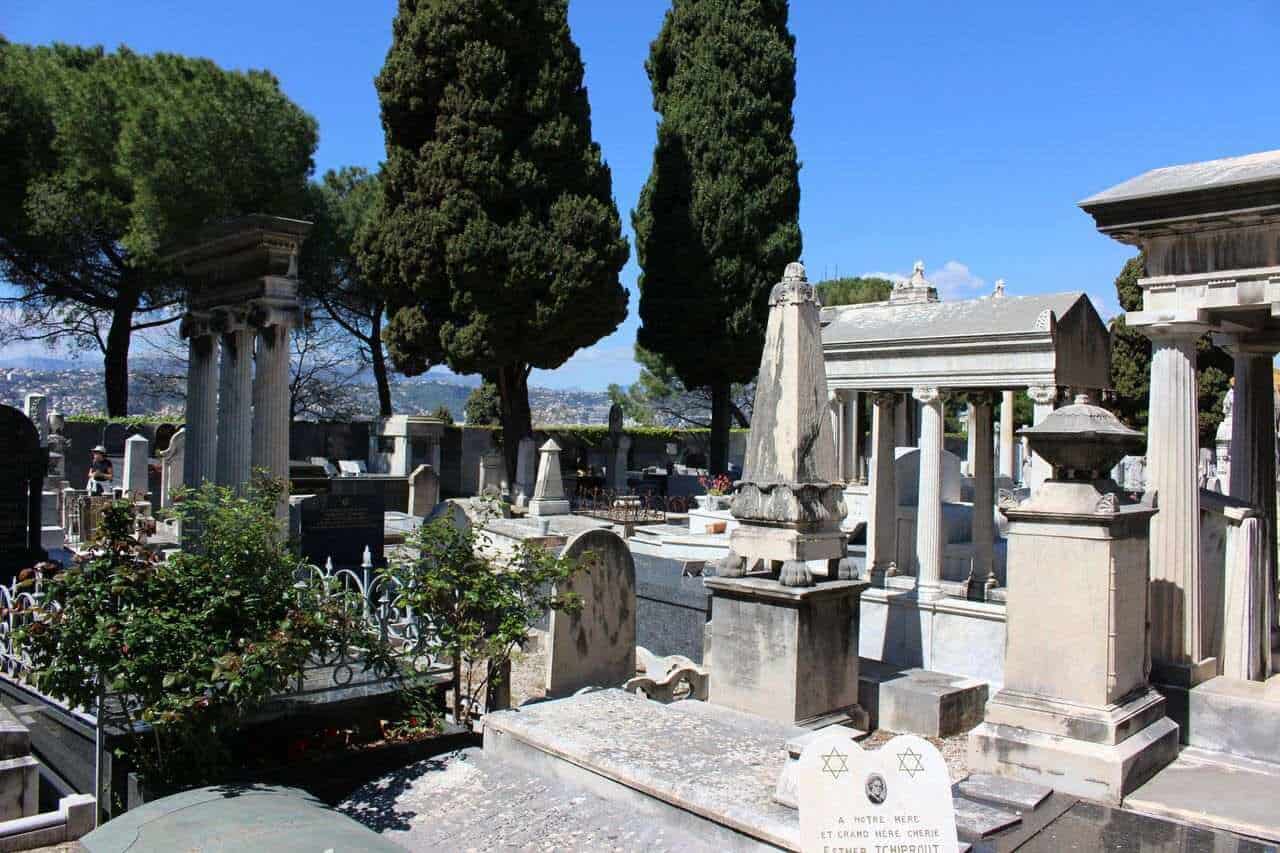 Neo-classical monuments stand side by side with simple headstones in the Israelite Cemetery at the Colline du Chateau in Nice.

The Jewish community in Nice is long established, with the first synagogue being built in 1418. When the town of Nice outgrew its city walls and had to relocate in the later Middle Ages, the Jewish community was forced to live in a gated street called ‘The Street of the Jews’ (now called Rue Benoit Bunico) which was locked every night. The locals were unhappy about this, and so built tunnels with secret doors so that Jewish and non-Jewish could continue to integrate as they had always done. (France was the first European nation to emancipate its Jewish residents, just after the French Revolution of 1789.)

In 1783 the burial grounds for Catholics and Jews had to be moved due to the introduction of new rules forbidding burials inside churches, so the Catholic and Israelite Cemeteries were relocated side by side on the ruins of the old citadel high up on the hill overlooking Nice.

During World War II, Nice was incorporated into Italy and became a place of refuge for Jews. Tragically, this all changed in 1943 when the Germans took over and many were sent to their deaths. 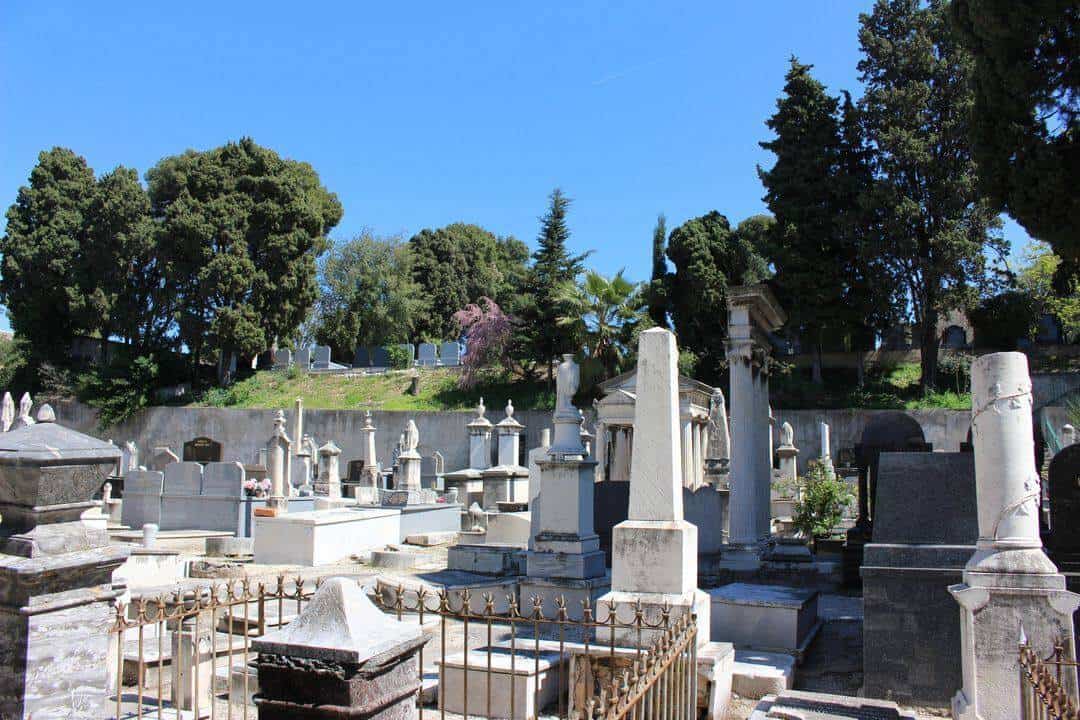 The Israelite Cemetery in Nice is a beautiful, peaceful place with views over the red tiled roof tops of Nice on one side and the sparkling blue sea of the Baie Des Anges on the other. Next to the Christian Cemetery on the Colline du Chateau, the tall hill in Nice that once held a castle and now contains parks and open space for locals and tourists to enjoy, the two cemeteries with their ornate marble monuments and grave stones are open to the public during daylight hours. 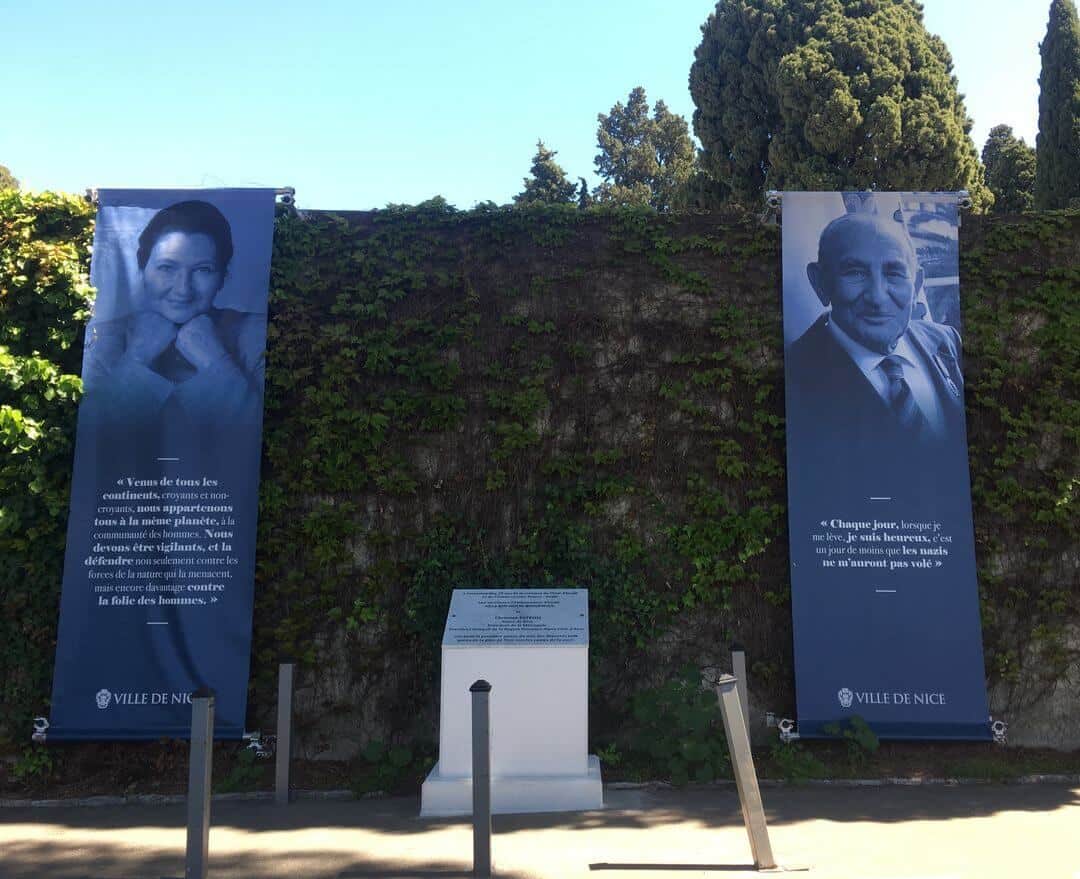 Outside the Israelite Cemetery is a small memorial and banners with quotes from survivors of the Holocaust.

Outside the Israelite Cemetery is a small plaque, commemorating 70 years since the creation of the state of Israel, where the ambassadors of Israel and France ‘laid the first stone of the wall of the Jewish deportees from Nice station to the death camps.’ Next to this hang two huge banners each with a photograph and a quote. One says “Each day, when I get up, I am happy, it is one day less that the Nazis will not have stolen from me”. 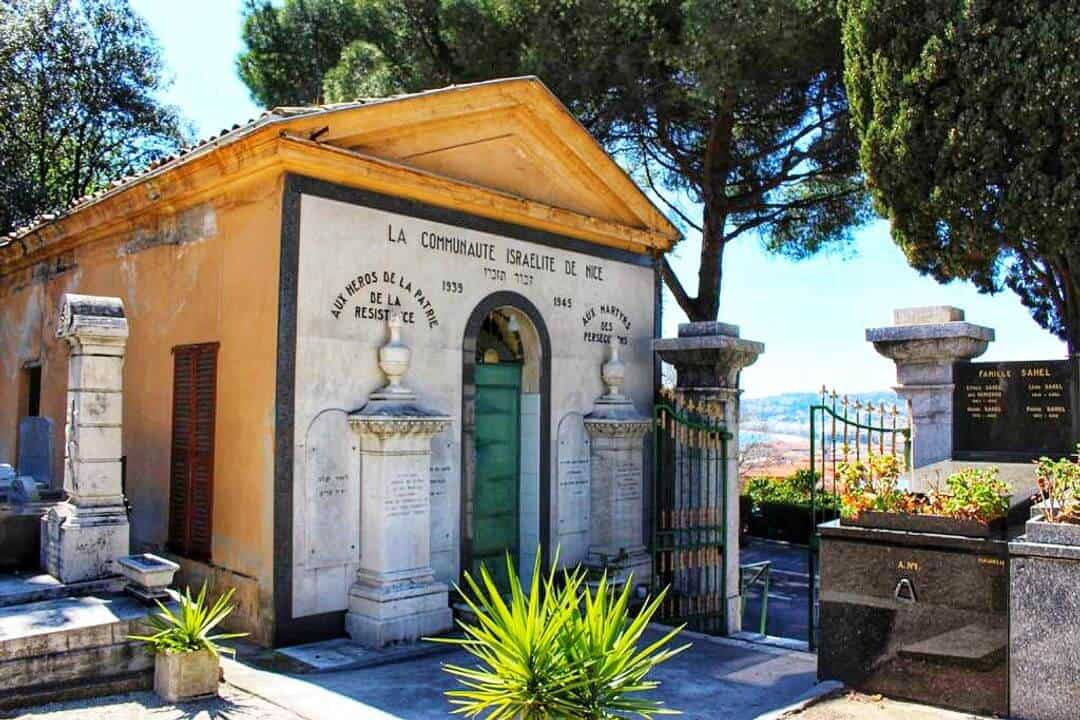 The urns containing victims remains on the wall of the memorial to the victims of the Holocaust.

Inside the cemetery walls, right behind the entrance gate, is a small painted wooden building that looks like it has been there some time. On the walls are inscribed the words ‘The Israelite Community of Nice 1939- 1945 to the heroes of the resistance and to the martyrs of persecution.’

Each side of the door are two small marble urns on slim pedestals. On one, ‘This urn contains the ashes of our martyrs killed in the gas chambers and ovens of Auschwitz’. The other urn contains ‘soap made from human fat by the Germans of the Third Reich with the bodies of our deported brothers.’

The cemetery contains many touching graves, often with grand monuments imitating Roman sarcophagi, Gothic chapels or antiqued columns, but there is nothing as poignant as those two simple urns.
.

Visiting The Israelite Cemetery and the Holocaust Memorial 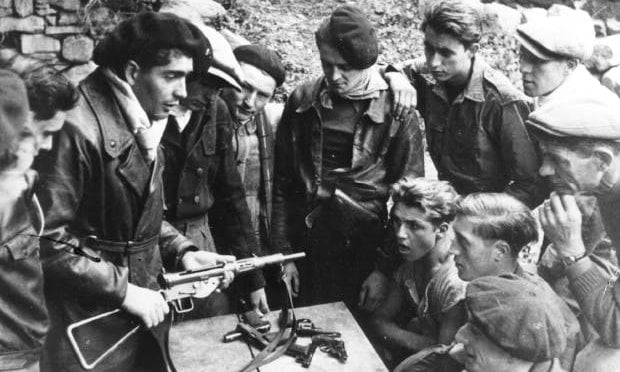 Fighting with the French Resistance – the incredible story of John Jammes 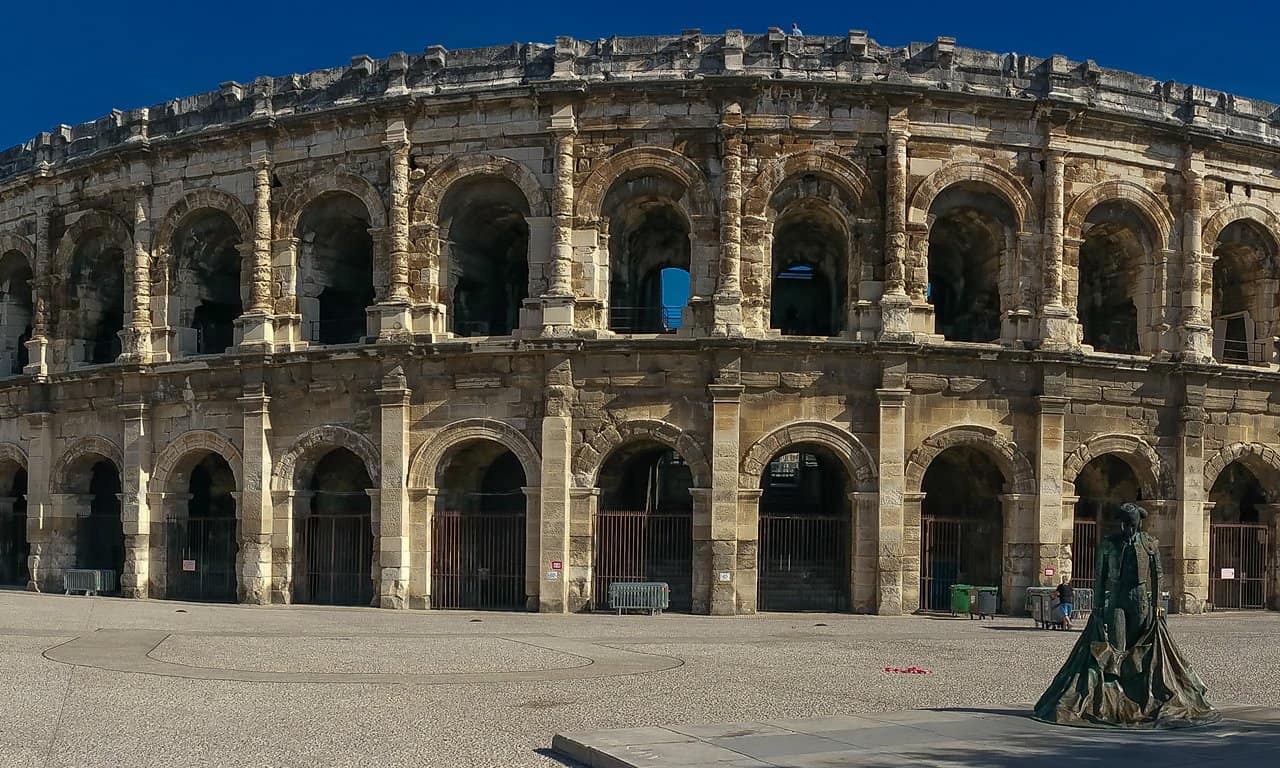