The largest bath house during the Roman period in Paris, today one of the most monumental ruins in northern Europe.

The Thermes de Cluny are the relatively well preserved ruins of what was a massive public bathhouse constructed by the Romans during the 3rd century AD. Given that the ancient buildings have been in constant use since the Middle Ages the preservation of these ruins is quite remarkable. In fact they are amongst the most substantial surviving Roman remains in all of northern Europe.

A number of architectural elements typical of Roman bathhouses are still intact, including the frigidarium (cold water baths), the caldarium (hot water room), the tepidarium (warm water room) and the gymnasium. Also preserved are are fragments of original wall painting and mosaics. 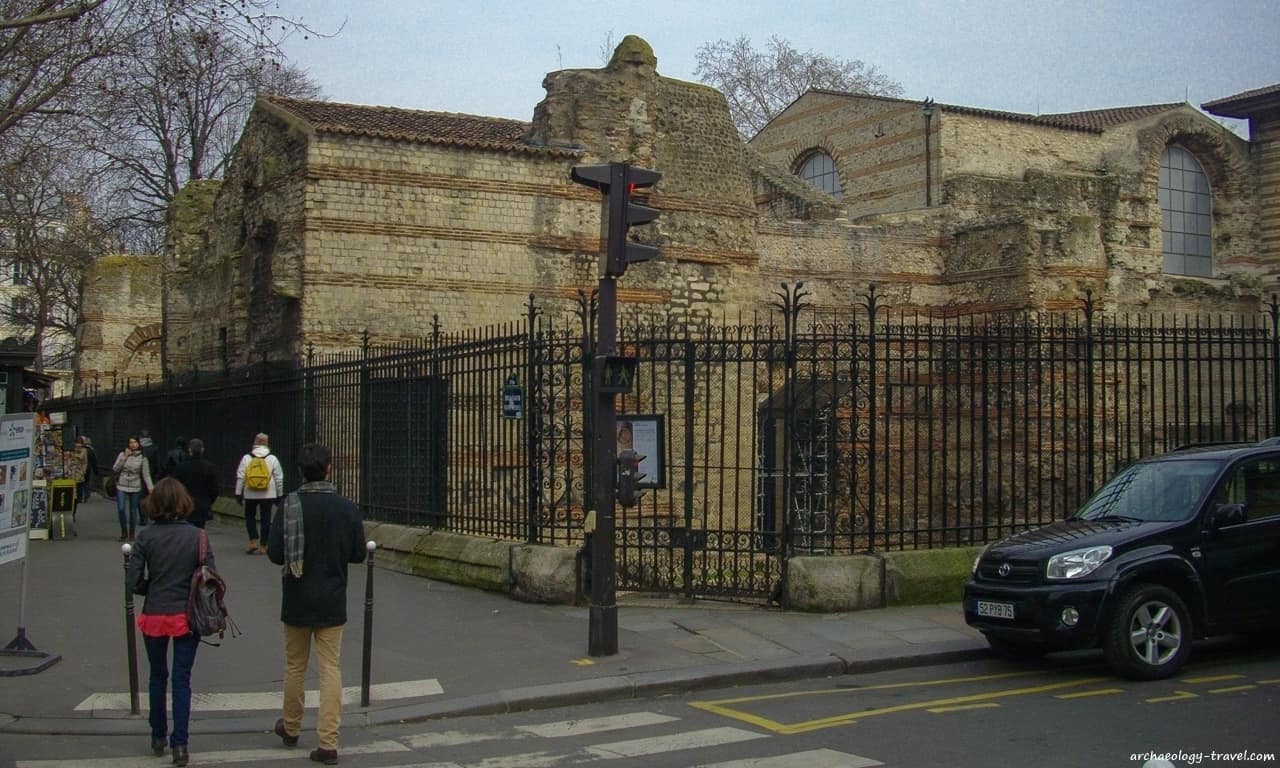 Looking at the remnants of the bathhouse at the corner of Boulevard Saint-Michel and Rue du Sommerard.

The most spectacular and well preserved space is the frigidarium, the vaulted ceilings of which are nearly 14 metres high. So grand was the bathhouse, even in Roman times, it was here probably in the frigidarium that Julian the Apostate was crowned emperor of the Roman Empire in 360 AD. Following the fall of the Roman Empire, Frankish kings used the bathhouse as a palace.

Despite being attacked by various Barbarian groups and partially destroyed by the Vikings in the 9th century, the Palais des Thermes was bought by the Cluny Abbey in 1340. Towards the end of the 15th century the Hôtel de Cluny was built as the residence for the abbots of the monastic order of Cluny; the surviving Roman bathhouse served as barns. In 1810 the frigidarium became a museum of antiquities, while the Hôtel de Cluny became the Musée National du Moyen Age.

The Roman rooms are still used to display artefacts from that period. These galleries are a part of the Middle Ages museum. The underground features of the bathhouse, including the passages that provided the water, the sewer tunnels and service rooms, have been restored and can be visited only with a guided tour. 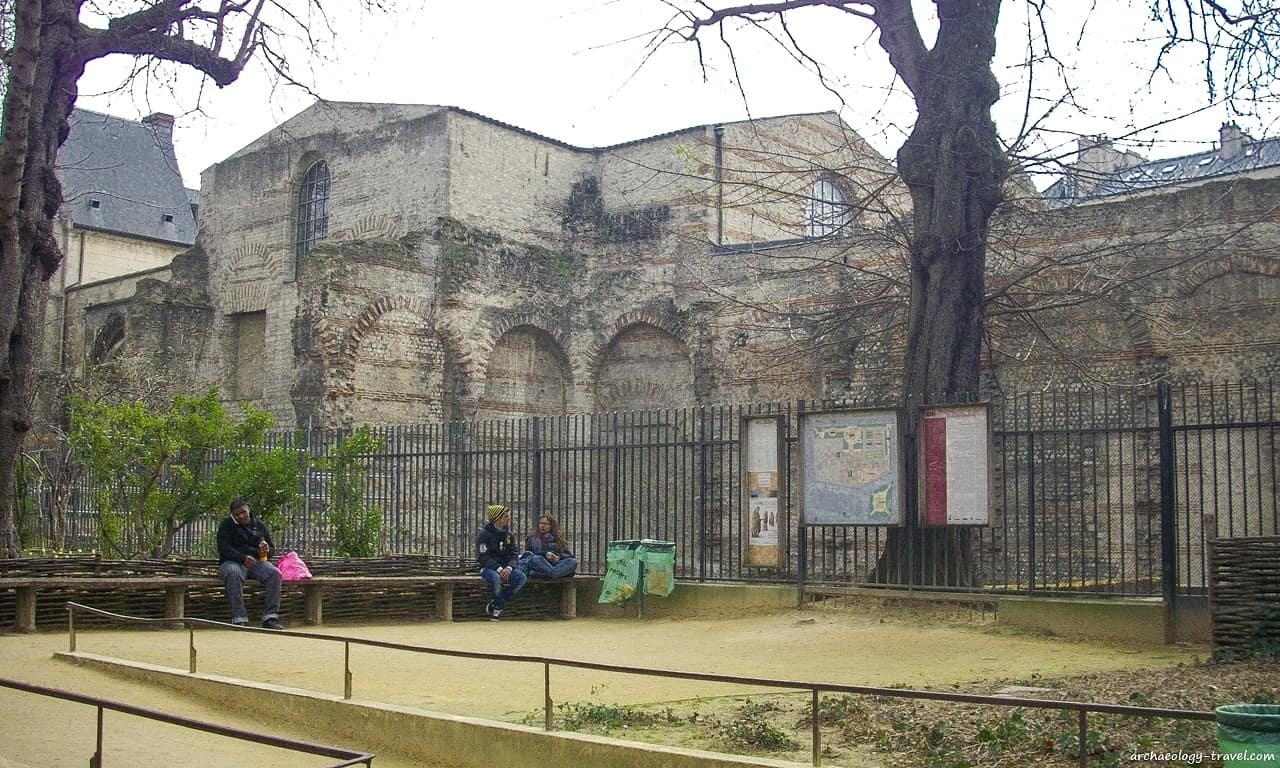 Looking at the Frigidarium from the Medieval garden.

Entry is FREE with a Paris Pass

Click here, or on the banner above. Or, compare the Paris Pass with the Paris Museum Pass

The caldarium and tepidarium can be seen from the street.

The frigidarium and the gymnasium are used as galleries in the museum.

Underground structures including sewers, service rooms and water passages can be visited on a guided tour.

Official Website
Page for dates and times of guided tours of underground features.