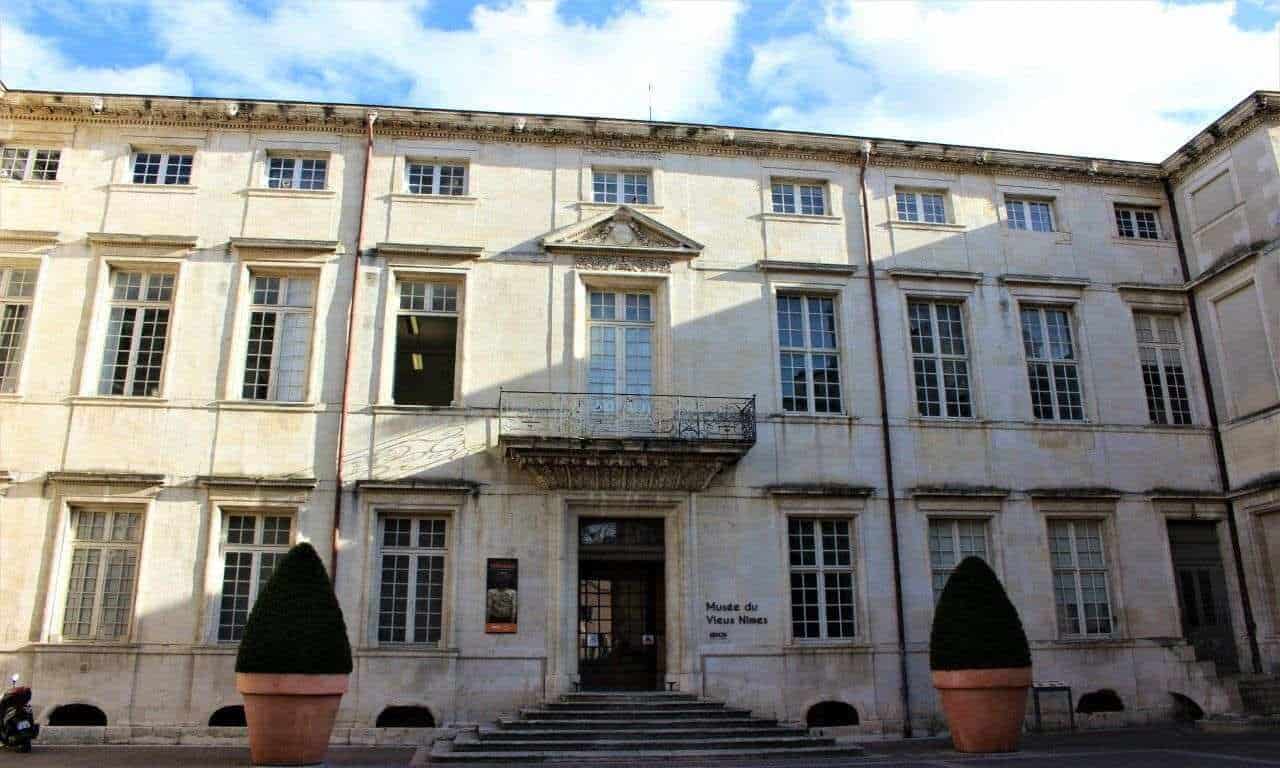 The Museum of Old Nîmes is in an old Bishop's Palace which dates from the 17th century.

The Museum of Old Nîmes is near the cathedral, Notre Dame et Saint-Castor de Nîmes, in a central part of town. Housed in a 17th century Bishop’s Palace, this museum is a small one but well worth a visit, to see a side of Nîmes that came after the Romans. Set up in the 1920s, it was established to preserve artefacts from regional life in the city using everyday objects. 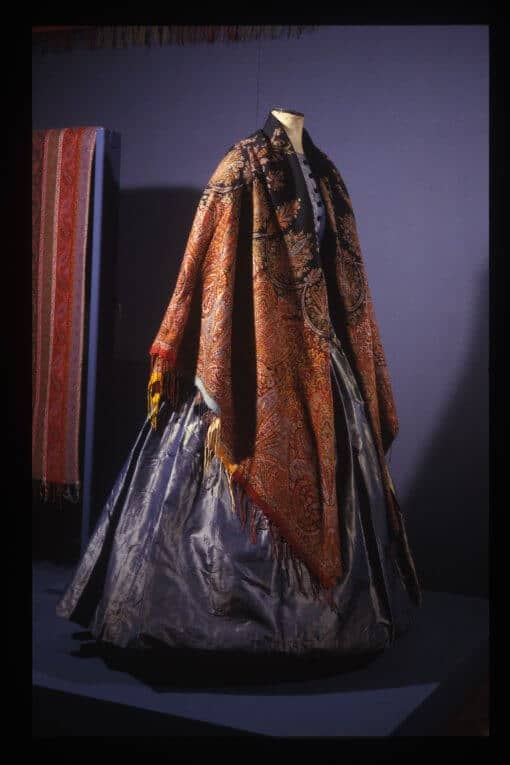 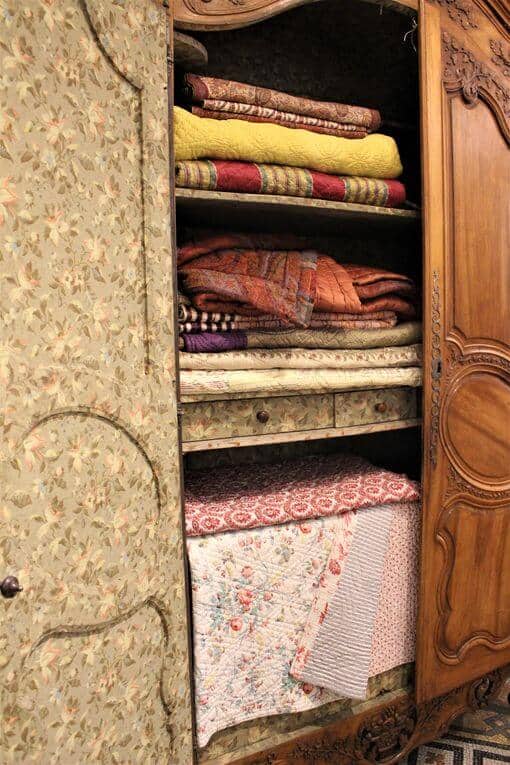 The first room, a large room with a mosaic floor, is full of textiles from the region, as Nîmes was famous for its textile industry. A heavy wooden cupboard is filled with old, beautifully stitched covers spilling out, and nearby a chaise longue is draped in printed cotton with an Indian style pattern.

This is a particular type of material, the origin of which dates back to the 16th century. The port of Marseille was starting to import many goods from the Indies at this time, including bright floral cotton. Known as Indiennes of Provences, this material maintained its colour due to the use of unalterable dyes, and swiftly became very popular due to its uniqueness – Europe at the time was used to wool and hemp for the poorest, silk and velvet for the richest.

Local merchants began to copy the style, many of whom settled in Nîmes with its thriving textile industry. Using engraved wooden planks and copper patterned boards, originally used to produce the designs on playing cards, they created their own patterns which included sunflowers, lavender, mimosa and other southern France imagery.

The room also has examples of the silk shawls for which Nîmes was once so well known. By the end of the 17th century, Nîmes was the third largest textile manufacturer, after Paris and Lyon, and their goods were exported across Europe. 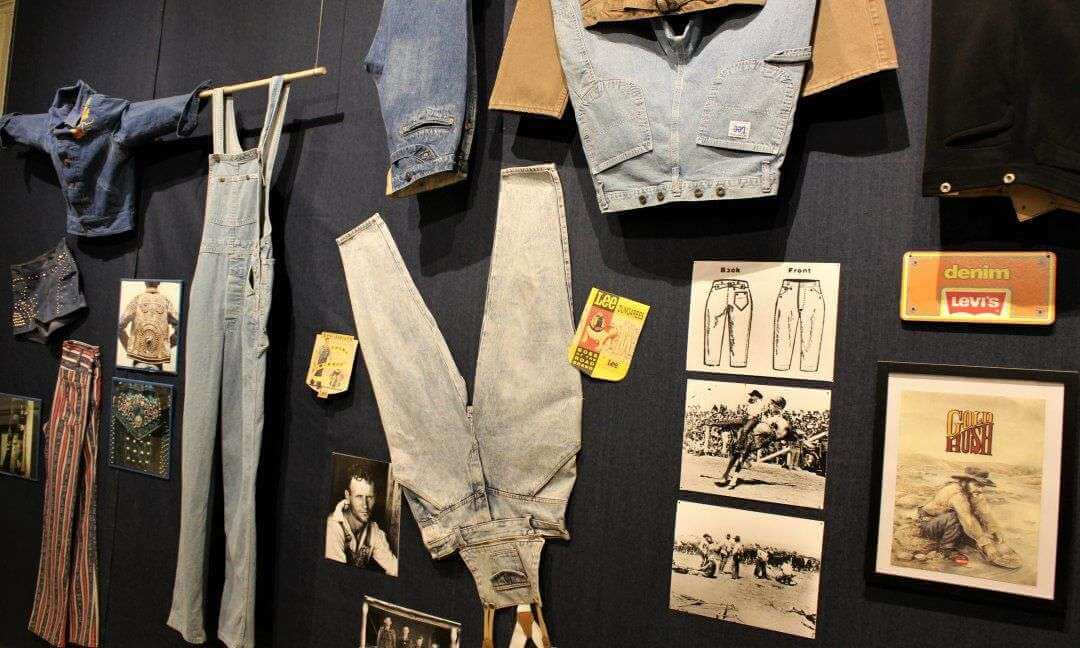 The next room takes us to the development of denim, the fabric that changed the face of the textile industry for ever. Using a combination of blue and white thread weaved in such a way that a diagonal pattern is formed, with only blue showing on one side and white on the reverse, serge de Nîmes was a material appreciated for its hard wearing properties.

In America in 1870, a company run by Levi Strauss imported the material. A tailor called Jacob Davis had been asked to produce a pair of trousers that would survive vigorous activity for a local woodcutter, and made some from the denim he had in stock. He added rivets to reinforce the pockets, and soon was unable to keep up with demand from labourers in the region. He went into partnership with Levi Strauss, and the rest is history. The museum displays some of the earliest types of denim that were made in the region, along with its more modern variations, showing how it has changed since becoming a mass produced product. 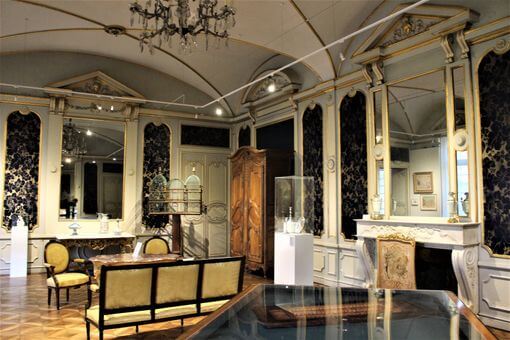 A large grand room, The Great Lounge, with is filled with typical Nîmes and Cevennes furnishings, including ceramics, pottery and a rather impressive bird cage. There is an annex which has three huge dowry chests in dark, carved wood with some elaborate scenes. 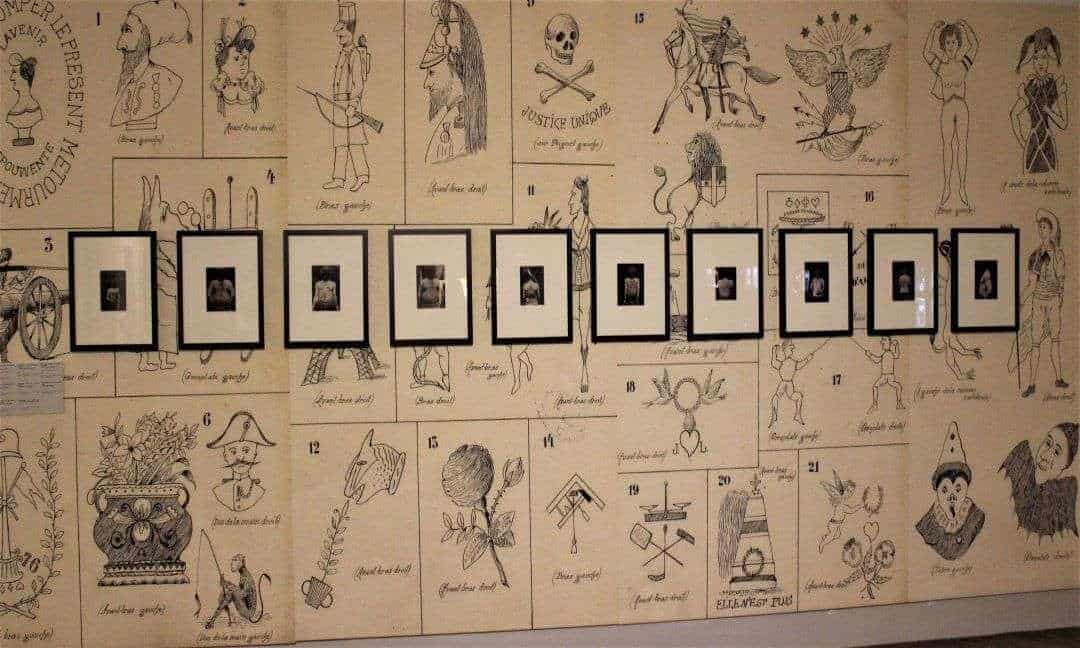 The temporary exhibition of 19th century tattoos was fascinating, and showed that although the quality of tattoo art may have improved over the years, the subject matter often remains the same.

The museum has regular temporary exhibitions, and while I visited there was one on 19th century tattoos. Based on photographs and studies conducted by the doctor of the local prison, Charles Perrier, this was a surprisingly fascinating look at early tattoos. Some are drawn with surprising finesse for the era, but the majority are rather basic drawings that yet prove to be very revealing, an in-depth look at what criminals chose to keep permanently drawn on their bodies in 1897. 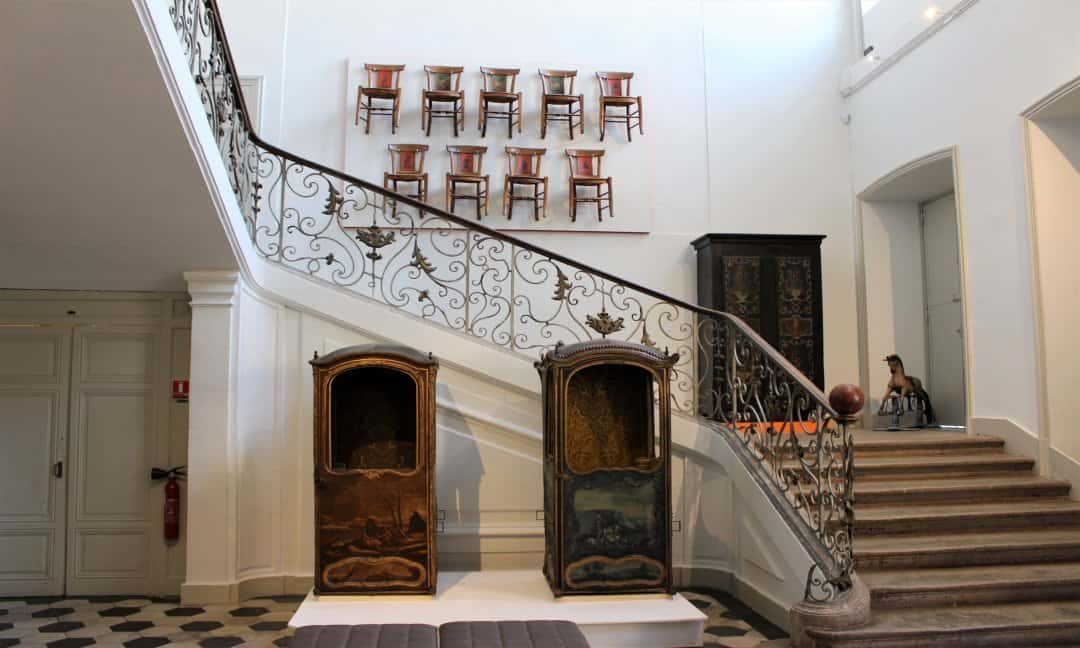 The museum finishes with the grand staircase, a large sweeping wrought iron affair which also displays more furniture and some rather lovely sedan chairs.

It is a small museum, but well worth a visit to get a gentle look at old Nîmes. The museum is close to the cathedral, which is free to visit, so take the time to have a look at this too. Nearby is a large modern waterfall in a quiet square, or there is a larger square filled with cafes in which to sit in the sun and watch the world go by. 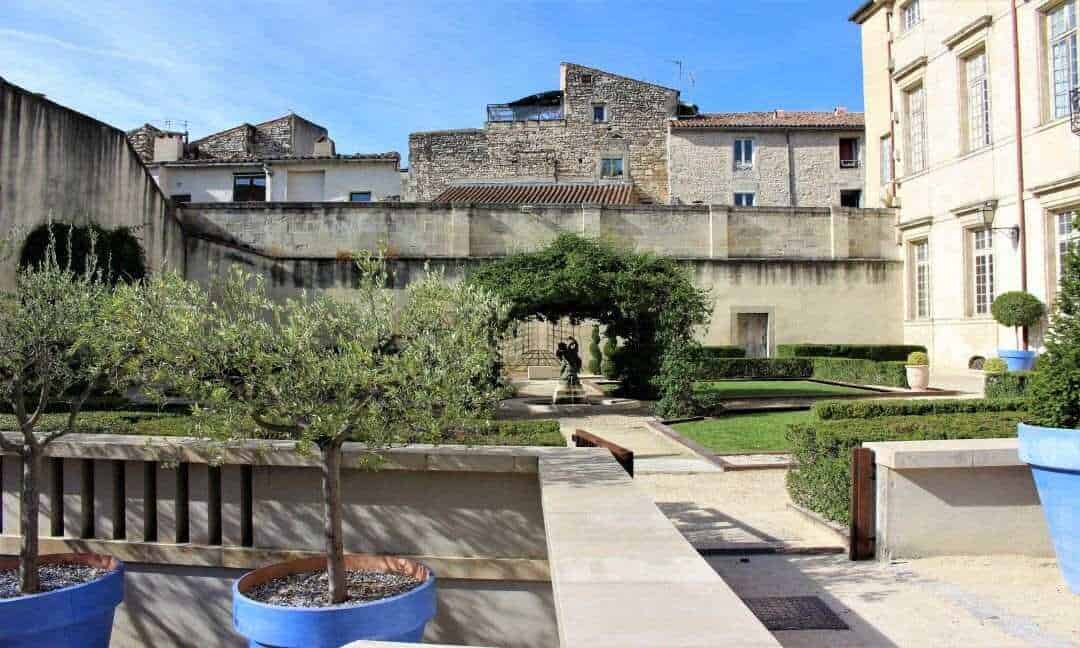 The museum garden is free for all to enter and provides welcome shade on a sunny day.

Around the back of the museum, and free for all to enter, is a courtyard garden, Surrounded by cream stone walls, with a jasmine covered fountain in the centre, and huge blue pots providing a splash of colour, this is a lovely place to find some quiet shade for a while.

The museum is included in the Nîmes City Pass.