The only surviving Roman gates in the Augustan wall that surrounded Nemausus. 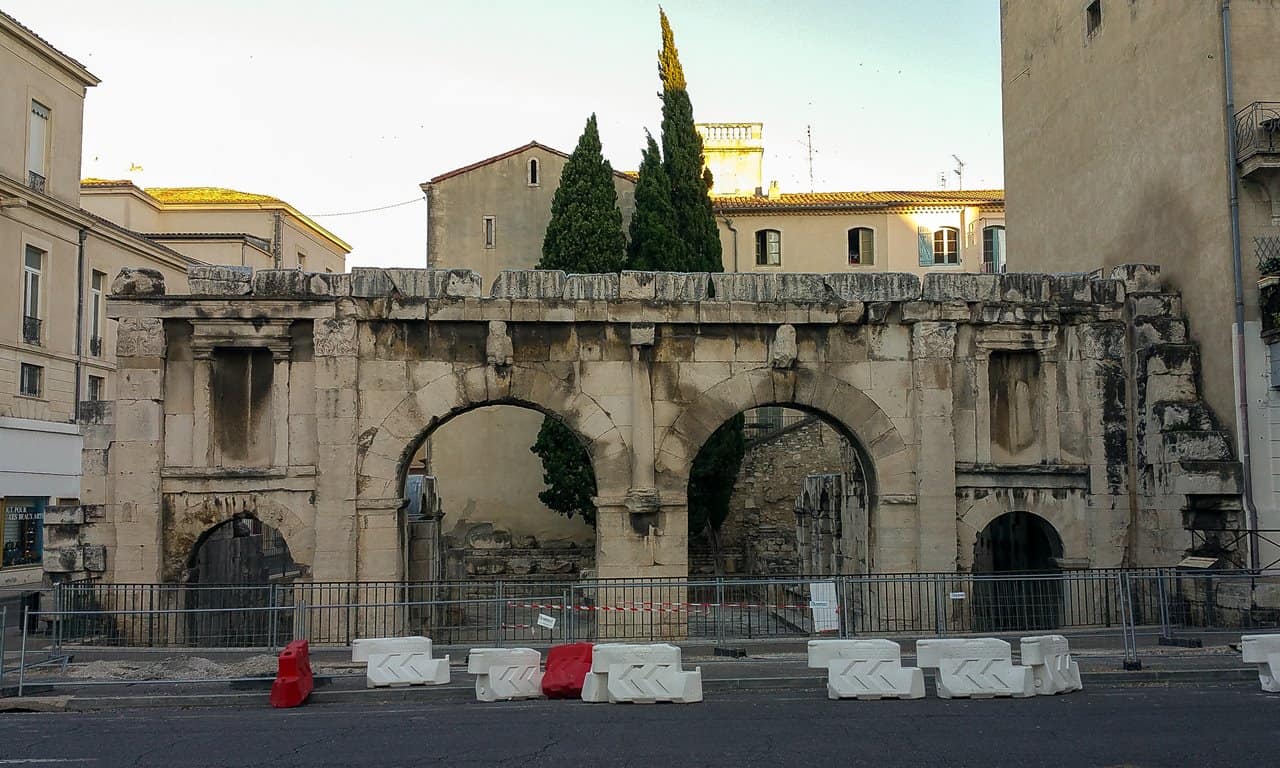 There are two gates surviving from the Roman wall that surrounded Nemausus (present-day Nîmes): Porte de France and Porta Augusta.

Port de France has a single arch, which straddles Rue Porte de France. Above the arch are the remains of a blind gallery that is decorated with Tuscan pilasters. Semi-circular towers would have flanked the gate.

Porta Augusta was a more substantial gate with four arches. Two larger, central arches were intended for vehicles while the smaller and shorter two side arches would have been used by pedestrians.

A Latin inscription on Porta Augusta states the gate was constructed by Augustus in 16 BC. Of the two this was the more important gate, as it stood on the Via Domitia – coming from present-day Beaucaire, the Via Domitia crossed the town and continued on to Spain. Surviving features on the gate include Corinthian pilasters, niches and bull motifs. On either side of the gate there would have been towers, the approximate position of these is marked on the pavement.

Where in Nîmes are the two Augustan Gates?

Porta Augusta is on the corner of Boulevard Amiral Courbet and Rue Nationale, while Porte de France is on Rue Porte de France, between Rue du Mail and Rue Villperdrix. All the Roman sites in Nîmes are within easy walking distance of each other.

There are a number of fine Roman attractions in Nîmes, including Maison Carrée – the only Roman temple from anywhere in the Roman world that is almost completely preserved … Read more about the Roman Monuments in Nîmes.