Knossos Palace is one of the most important archaeological sites in Greece, and the most visited attraction on the island of Crete. Excavations began here in 1900 AD by Sir Arthur Evans and carried on for 35 years. Evans believed he had unearthed King Minos’s palace and the legendary labyrinth, a very large maze, which had been built to contain his son the Minotaur. And so Evans set about reconstructing certain features with this in mind. Today many of his reconstructions and interpretations are now questioned. Rather than being the ruins of a palace, Knossos was a ceremonial centre that was at the heart of Bronze Age communities on Crete.

The information on this page was last checked and/or updated on 6 June 2021. 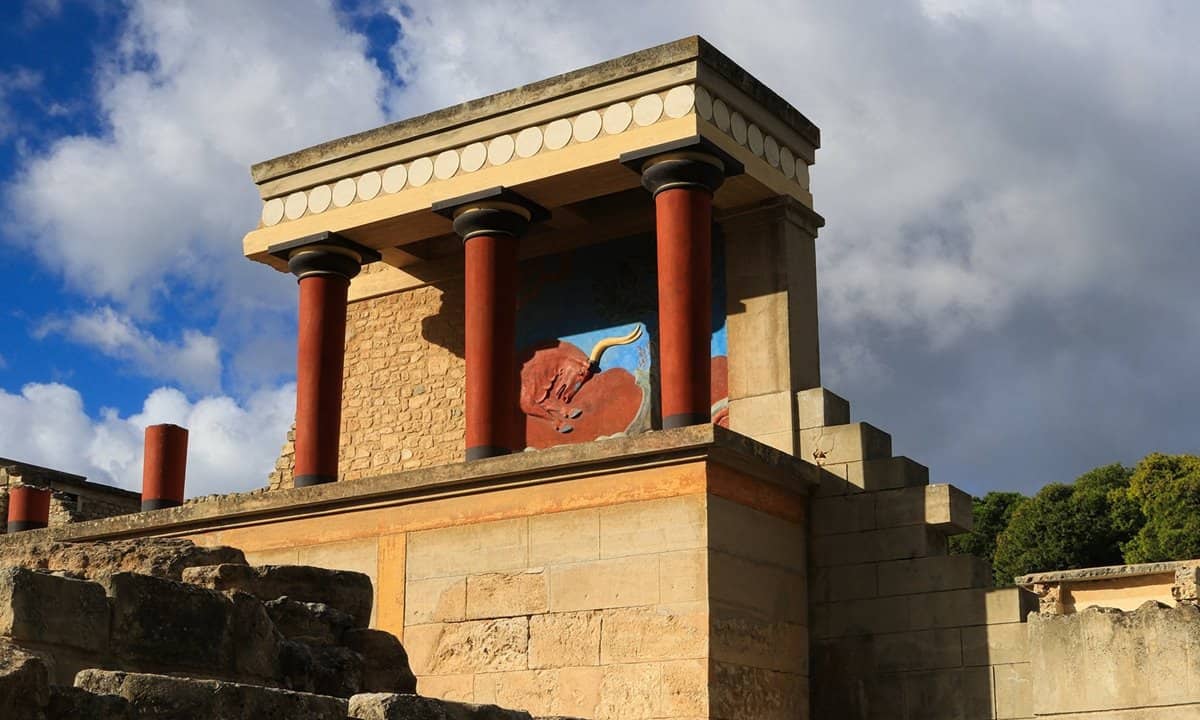 Heraklion to Knossos By Bus

From the Central Bus Station (9 Ikarou Avenue, not far from the Heraklion Port) take Bus Number 2 to Knossos.

Alternatively, get a two-day ticket for the Heraklion Hop-On-Hop-Off Bus, that includes a stop at Knossos and many other attraction in Heraklion.

Many people holidaying on Crete for a week or so arrange to have their own rental car. Getting about the island is very easy, as is getting to Knossos. There is a big car park at Knossos.

You can buy entrance tickets to the archaeological site of Knossos directly via the online ticketing platform Tiqets.

If you want more than just an entrance ticket, you can get a private tour of the site with skip-the-line entrance tickets via the online activities platform GetYourGuide.

Visiting Crete? If you are planning a trip to Crete, check our Crete Travel Guide for History and Adventure Seekers.