Archaeology and the South Downs National Park, the UK’s Newest

As of today, 1 April 2011, the South Downs National Park becomes Britain’s newest and fifteenth national park. At just over six hundred square miles, the park stretches from the ancient, cathedral city of Winchester, with its Iron Age Hill Fort, in the west to the seaside, market town of Lewes in the east. The park provides the setting for the South Downs Way, a national trail for hikers, cyclists and horse riders alike. Not only can you enjoy iconic aspects of English culture, traditional ales in an English country pub or open-air performances at the World famous Glyndebourne, there is also some exceptional archaeology in the South Downs National Park. 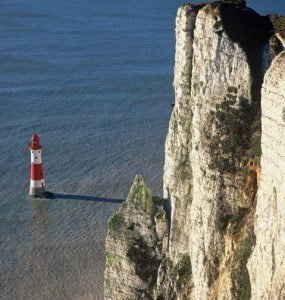 Unlike most nation’s national parks, national parks in England and Wales are not owned and managed by the government to the exclusion of certain activities. Rather, much of the land is privately owned, there are substantial human settlements and the various land use practices are considered integral to the landscape. The creation of the South Downs National Park now, that takes in parts of the counties of Hampshire, West Sussex and East Sussex in south east England, is a recognition of the area’s outstanding natural beauty and about being able to afford the area a degree of protection as provided by the South Downs National Park Authority. Of course, the imposition of this new Local Authority, which will have decision-making powers for the Park, has its critics; for instance, some believe this body merely adds another, unnecessary layer of bureaucracy.

Although only just created, the idea for a South Downs National Park is an old one – the South Downs was in fact included in the original 1940’s proposal for the creation of national parks in England and Wales. It was, however, the perceived damage to the chalk downlands as a result of changing farming practices that prevented the area being designated a national park. As the area shifted from being used for sheep grazing to arable farming in the late 1940s, and the land was extensively ploughed, the recreational value of the area was deemed to have been compromised. After a long history of campaigns, reports, public inquiries and even an appeal in the High Court, the order confirming the designation of the South Downs National Park was signed by the Environment Secretary on 9 November 2009.

Besides being an area of truly outstanding and enormously varied natural beauty very few appreciate just how much archaeology and history there is in the South Downs. In fact, given the location and the size of the park it is not at all surprising that this area is widely considered to have some of the richest cultural heritage in England. Every period of archaeology and history is represented in the South Downs National Park, beginning way back with the site at Boxgrove and its evidence for some of the earliest Palaeolithic inhabitants of England. 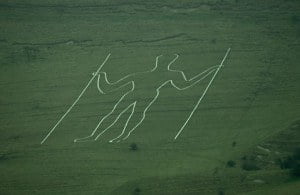 The change in farming practices during the 1950s mentioned above not only prevented the South Downs from being designated a national park, it has also had a negative impact on the archaeology of the area. While the South Downs has been subjected to various agricultural practices since prehistoric times, it was the change from sheep grazing to arable cultivation in the 1940s that has had the most long-lasting damage on the archaeology. More specifically, it has been the intensity of deep-ploughing that has caused many prehistoric features to be destroyed and erased forever.

Park Brow is just one archaeological site in the South Downs that was all but destroyed when the fields ceased to be used for sheep grazing and were deep-ploughed for cultivation. Said by some to be one of the most important archaeological sites in England, the site of Park Brow represents over 1000 years of continuous human occupation. In an area of just over a square kilometre there is evidence for Neolithic, Bronze Age, Iron Age and Romano-British settlements. An aerial photograph taken in 1946 clearly shows evidence for ancient fields and tracks. A few years later an aerial photograph of the same field, then under cultivation, shows the extent of the damage to the archaeological features caused by deep-ploughing; the fields and trackways appear as nothing more than white chalk scars after the plough removed the surface features (these photographs can be viewed on the English Heritage website).

Fortunately, the private landowner has now taken the land out of cultivation, welcomed public access and research, and we are therefore able to learn something from this important site. The recent and ultimately successful campaign to get the South Downs designated has surely resulted in a positive outcome for the archaeology here. Besides enhancing people’s awareness of the value of the area, the various surveys, mapping exercises and reports required for the campaign and inquiries have provided a better picture of the archaeology in the South Downs. And archaeologists believe there is still much more to find, particularly in the thick wooded areas that have not been subjected to modern ploughing. 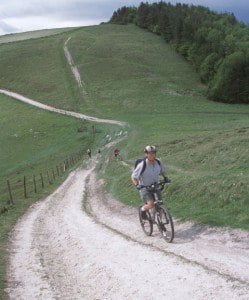 One of the best ways to enjoy the South Downs, particularly for people who like hiking, cycling or horse-riding, is to follow the South Downs Way. This is one of fifteen long-distance National Trails that runs for about 160 kilometres between Winchester in Hampshire and Eastbourne in East Sussex. While the trail can be done in one go, as there is accommodation available along the way, it can also be done in parts. For those who do manage to complete the entire trail, the National Trail organisation will give you a free certificate of completion! It takes about 6-9 days to walk the entire length of trail, or 3-4 to cycle it. May, June and September are generally thought to be the best months of the year to do it. But follow the link to the National Trail website below for all the information you could require about the Trail.

For the archaeophile, there is much to see along the Way. The trail starts, or ends, in Winchester and on Winchester Old Hill – where the trail cuts through an Iron Age Hill Fort from which there are breathtaking views over the western-most end of the South Downs. Constructed in the 1st millennium BC, this rather simple bank and ditch enclosure was built around some earlier Bronze Age burial mounds. More Bronze Age barrows are grouped around an even earlier long barrow can be seen at the western entrance to the hill fort. In our archaeological tour of the South Downs Way (the link is below) we provide the details of all the archaeological sites you can see on this trail. Not only is this trail a wonderful way to see some of England’s most beautiful countryside, you get to see some great archaeology as well.

Some of the Archaeology Sites along the South Down’s Way