The Market Gate from Miletus in the Pergamon Museum

The Market Gate of Miletus is one of the most well known pieces of Roman architecture. The large marble monument now housed in the Pergamon Museum on Museuminsel in Berlin, Germany. The marble gate was built in the town of Miletus in the 2nd century AD during the reign of Emperor Hadrian. After various stages of restoration and renovation, the structure was ultimately destroyed during an earthquake sometime at the beginning of the second millennium. In 1903 it was excavated by a German team of archaeologists and take to Berlin, where in the 1920s it was reconstructed in the Pergamon Museum. Following severe destruction during World War II it underwent lengthy periods of restoration and finally reopened to the public in November 2008. 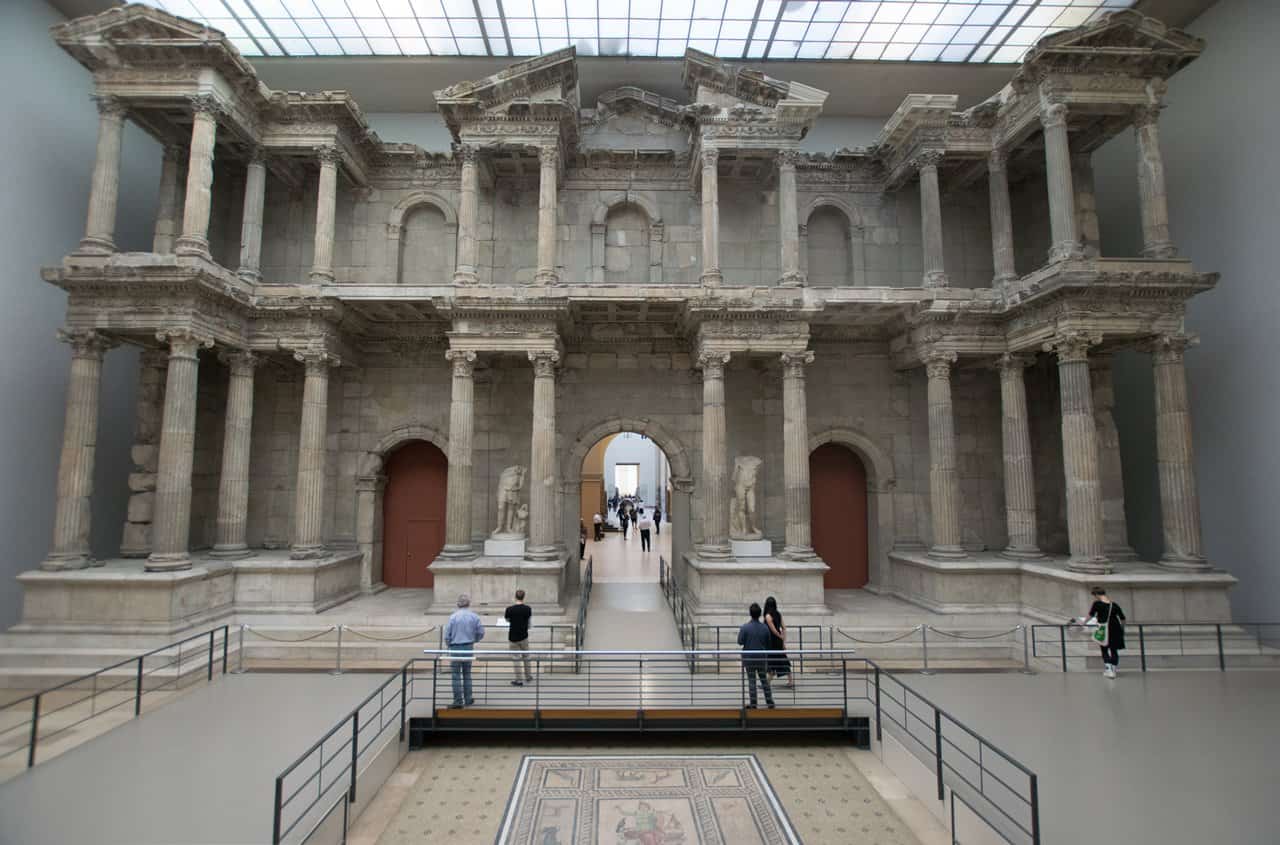 The market gate from Miletus, now in the Pergamon Museum on Museuminsel, Berlin.

Have you ever visited a museum hoping to see a particular object only to find a note informing you it is has been temporarily removed for some or other reason? Or, even worse, that the whole gallery is shut? Each time I have visited Berlin’s Pergamon Museum the gallery with the Roman market gate from Miletus has been closed. If I am honest though, I did not really know what I was missing.

During my most recent visit in January 2014, walking from the Pergamon Altar gallery (now closed until about 2020) into the Roman Architecture gallery, seeing the market gate took my breath away. Literally. Partly because this is no ordinary Roman monument. And I was not expecting anything so monumental.

History of the Gate

It is more reminiscent of the façade of a theatre stage or a library than a gate. Constructed during the second century AD, this magnificent structure was reduced to rubble during an earthquake in either the tenth or eleventh centuries. The remains came to light again during excavations between 1903 and 1905, lead by a team of German archaeologists. Back then the understanding was that those who funded excavations received a portion of the finds. And so the remains of the gate were shipped back to Berlin in 1907/1908.

The initial reconstruction of the gate took place in 1928/1929 just before the opening of the newly re-built Pergamon Museum in 1930. What we see in the Pergamon Museum today is about 60% original stonework from Miletus. It suffered significant damage during World War Two when the skylight above it was destroyed by allied bombing. Not only did the gate suffer from exploding shrapnel from falling bombs, but the subsequent exposure of the marble to Berlin’s harsh winters resulted in further damage. This is why some marble sculptures, for example those in the park at Sans Souci in Potsdam, are enclosed in wooden boxes during winter. After extensive restoration, the gallery was again opened to the public in November 2008.

This extraordinary reconstruction, said to be the biggest in a museum, originally served as the entrance to the southern market square in the ancient city of Miletus. Although the area had been occupied since the Neolithic period, Miletus is better known as a wealthy Greek trading port. Although this extravagant gate, for a market entrance anyway, was built during the Roman period, sometime at the beginning of the 2nd century AD – probably during the reign of Emperor Hadrian.

More on Miletus from the Foundation of the Hellenic World. 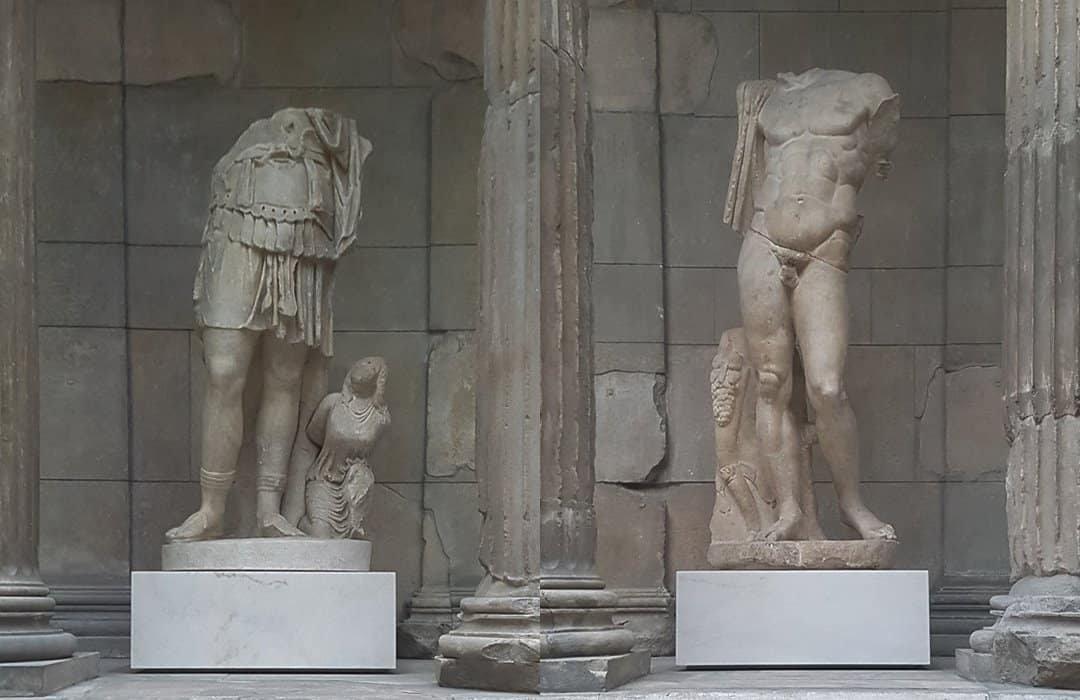 In front of the market gate, and also from Miletus, is a wonderful mosaic floor depicting Orpheus, also dating to the second century AD. An important figure in Greek religion and mythology, Orpheus was known for his ability to charm birds, animals and even humans with his music. Consequently he was frequently depicted playing a lyre, surrounded by birds and animals. This fine example of a Roman mosaic came from the dining room of a private house. Romans frequently drew on Greek mythology to ‘decorate’ their houses to demonstrate they were educated, well-read and sophisticated. 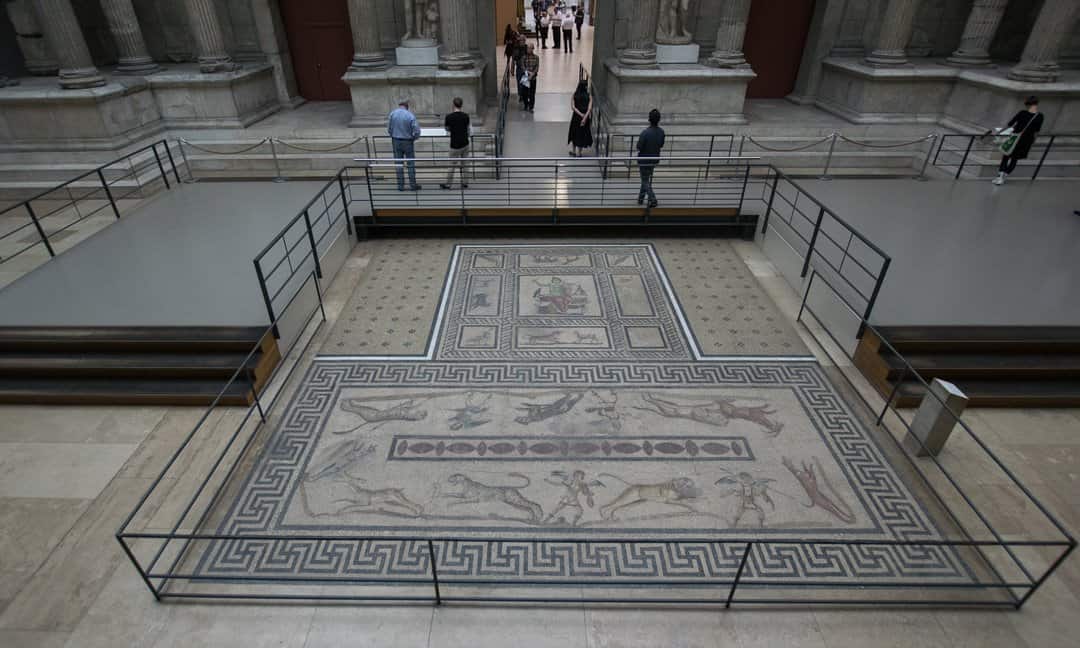 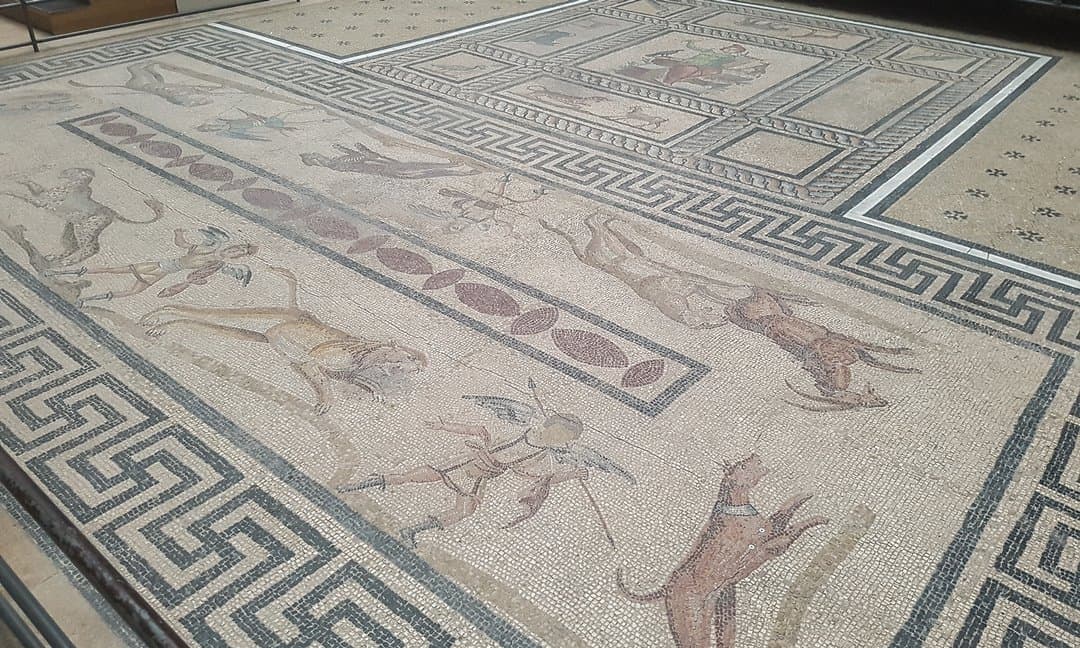 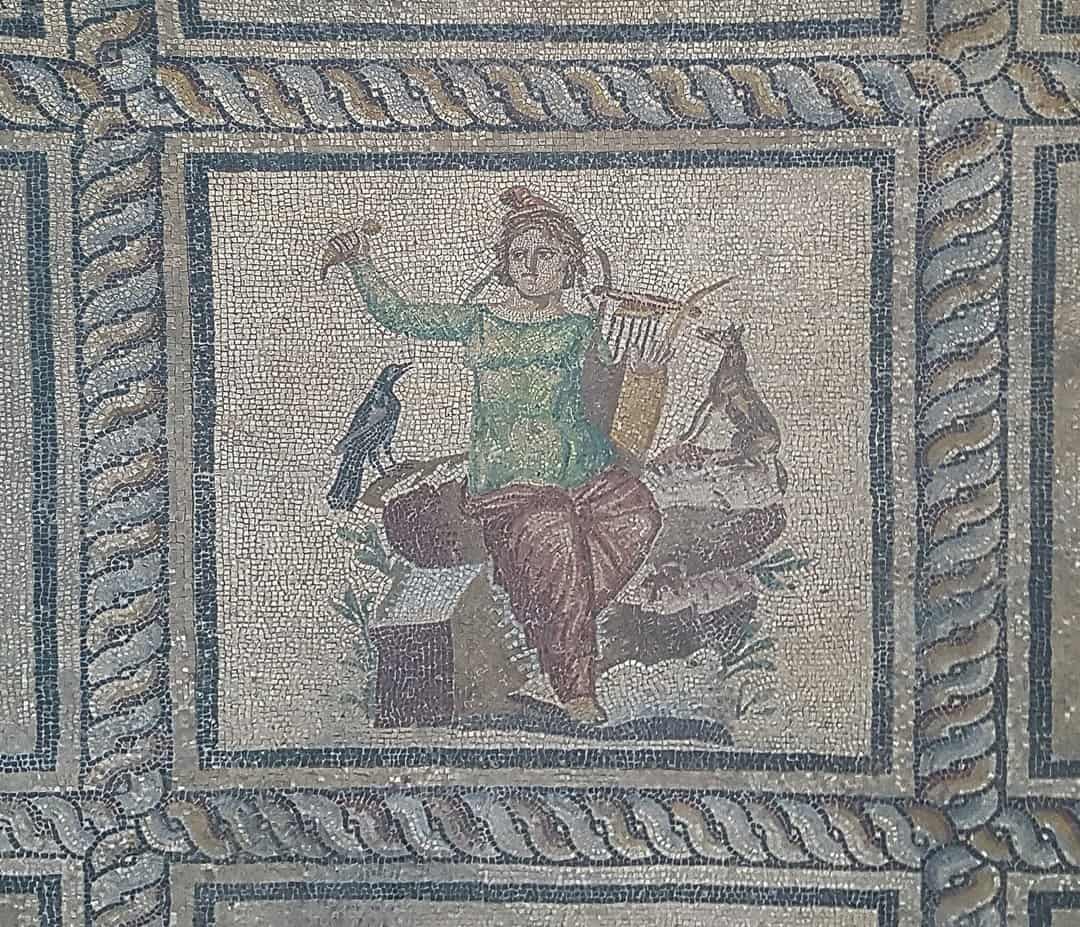 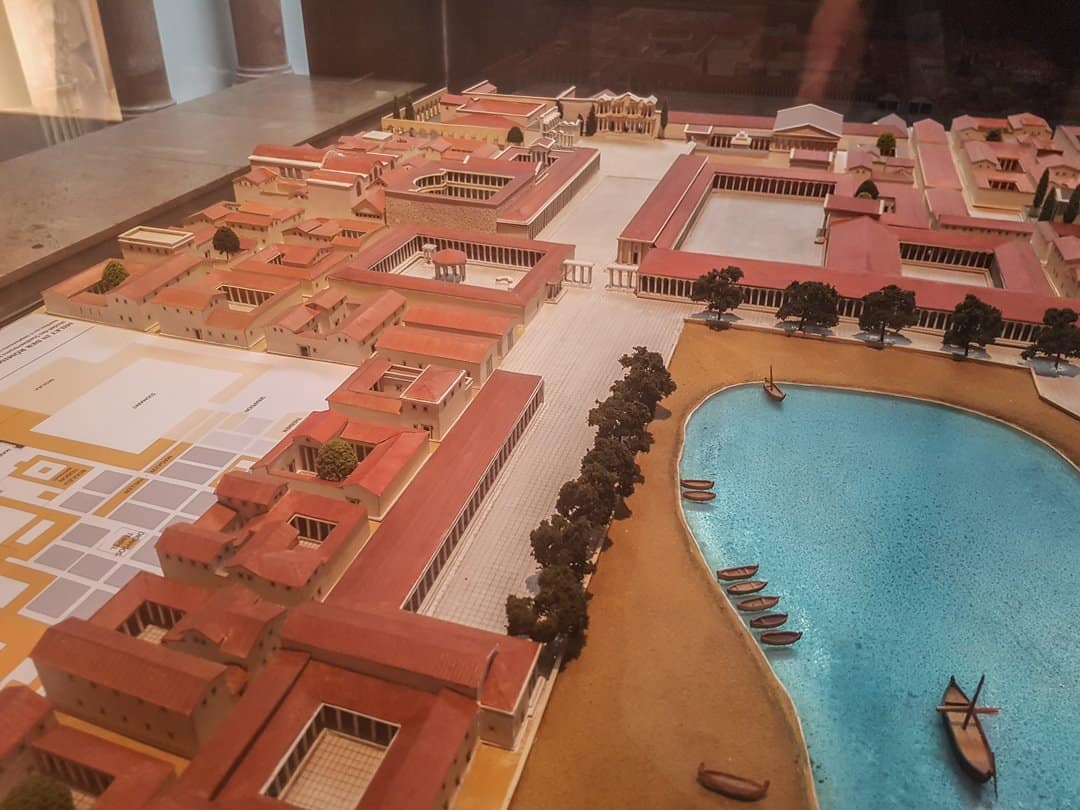 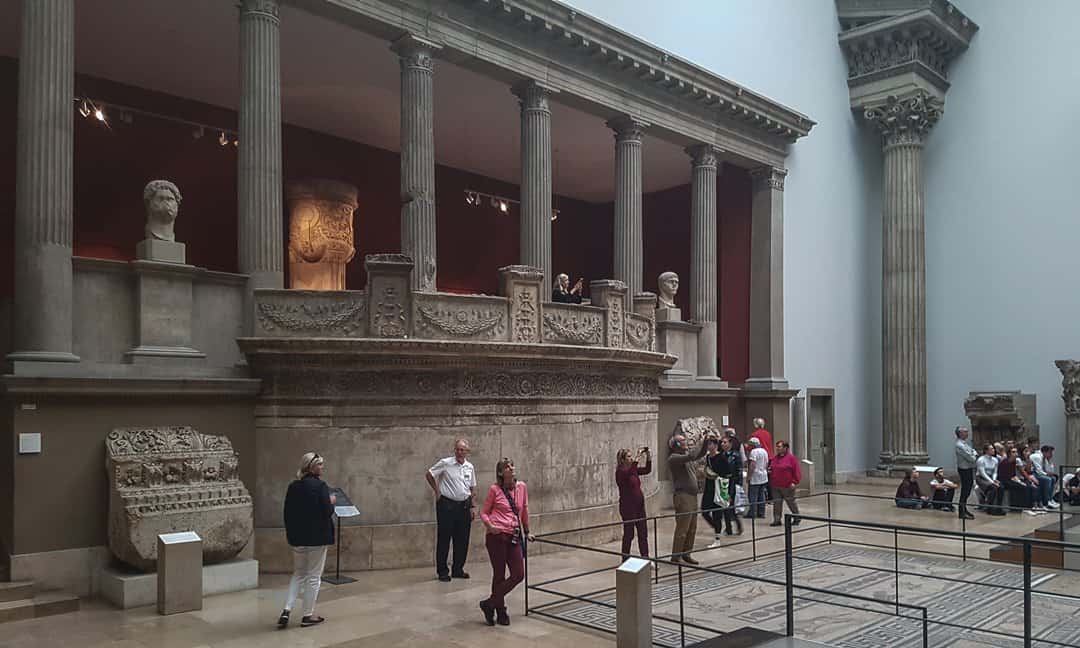 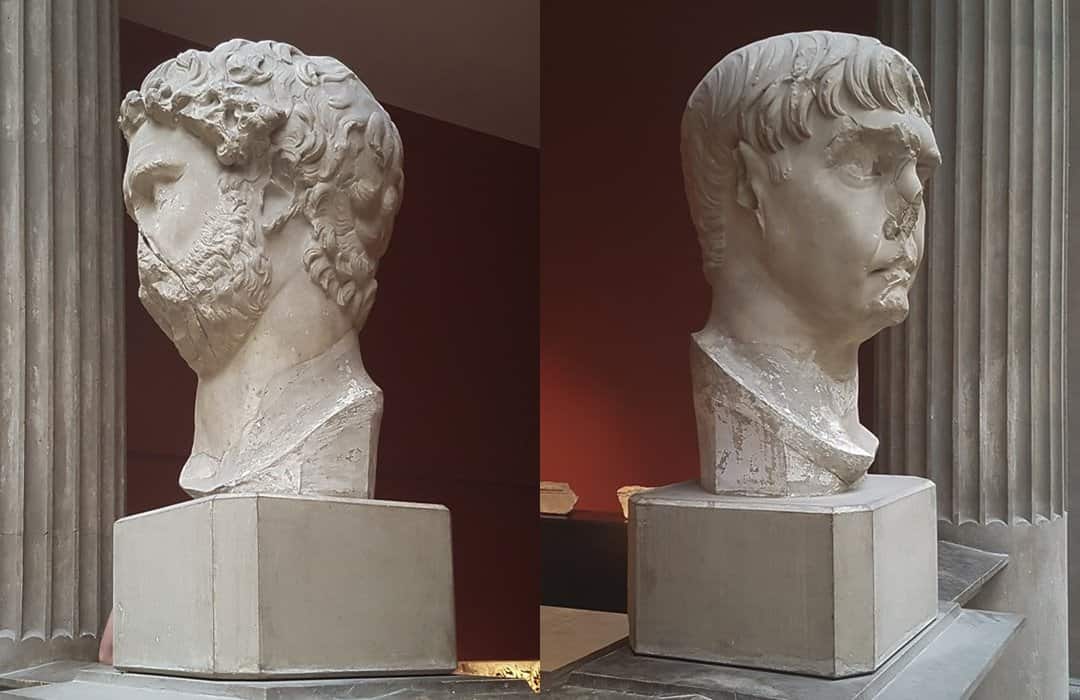 The archaeological site of Miletus is open to the public, and by all accounts is well worth a visit. Although there is still quite a lot to see at the site, the most substantial feature is the typically Hellenistic theatre built by the Romans – that had a seating capacity of 25,000. Other features that can still be seen are bathhouses, both the southern and northern marketplaces and the city walls.

Miletus is located in Turkey’s Aydin province, a few kilometres north of the town of Balat, and just over 100 kilometres south of Kusadasi and the popular archaeological site of Ephesus. It is closer to two other well known archaeological sites, Didyma and Priene, and together these three sites make for a good day’s sightseeing.

Natalie Sayin has an interesting, illustrated article about the site of Miletus on her Turkish Travel Blog, as does Zoë Dawes on her travel blog QuirkyTraveller. 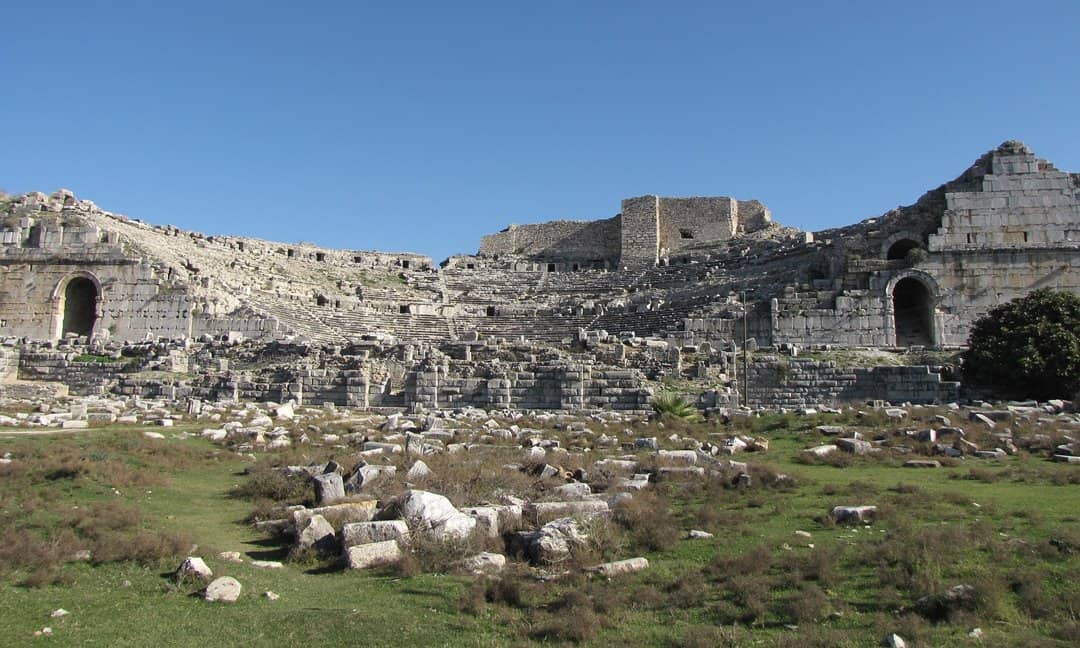