A fortress of the Knights of Avis, although presenting an Islamic architecture it was built between 1294 and 1298, long after the Reconquista, by a Muslim stonemason called Galvo. 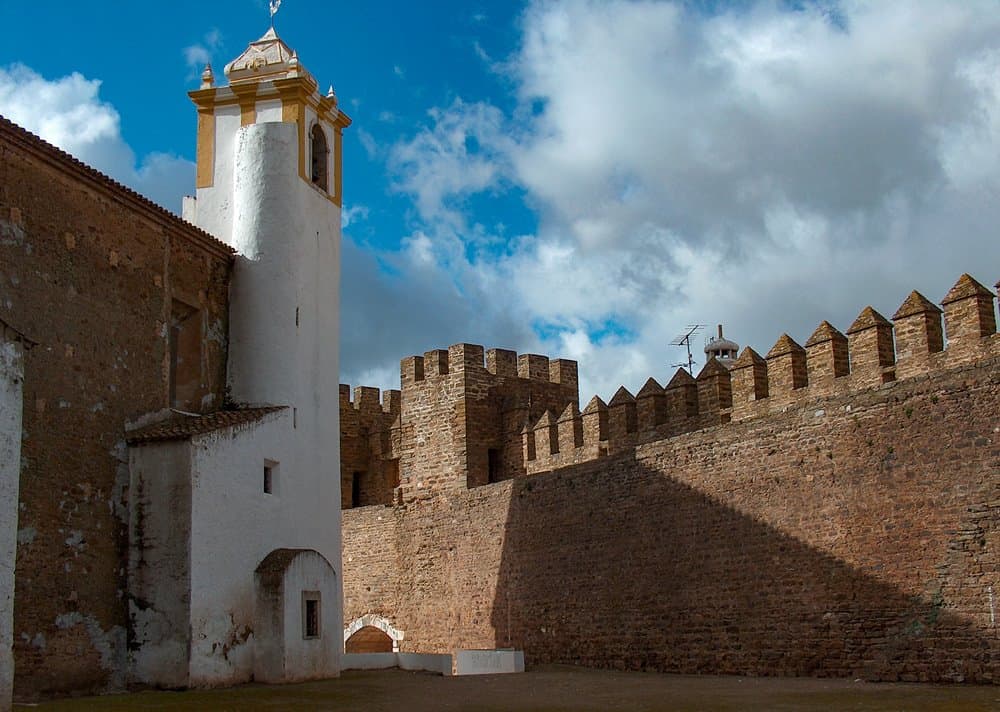 The church tower within the castle . Photograph © Wikimedia/João Carvalho

Built under the reign of King Dinis (1279-1325), the first stone was laid on 6 February in 1294 by Lourenço Afonso, Master of the Order of Avis. A second inscription, on the keep tower, dates the end of construction to February 24, 1298.

The castle of Alandroal has a mix of Gothic-Mudéjar style, proving both the proficiency of Islamic military architecture and the existence of a thriving Muslim community in Portugal after the Reconquista was long gone. Scholars point out, as identifying marks of its builder’s Islamic cultural background, a horseshoe-shaped window in one of the towers, similarities between the construction techniques of this castle and the Almohad walls of Sevilla besides the aforementioned inscription in of the towers stating: “Galvo, the Moor, made me”. 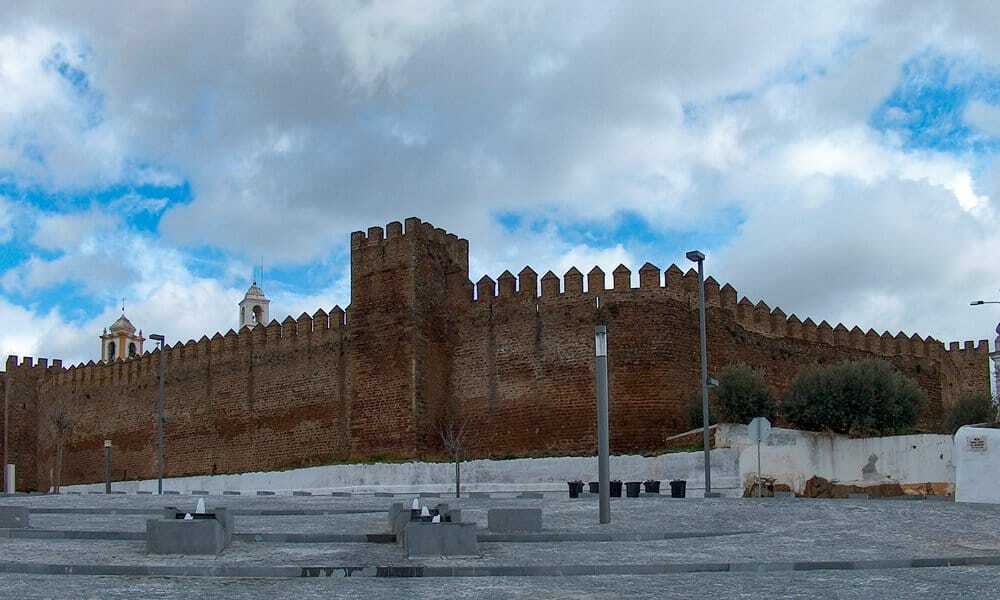 The imposing castle walls as seen from the outside. Photograph © Wikimedia/João Carvalho 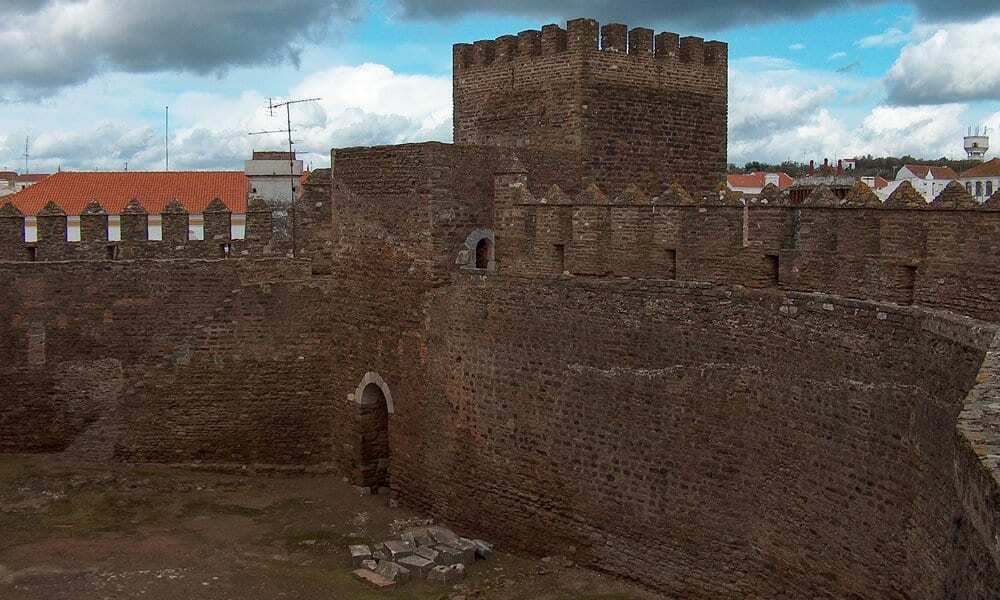 3rd Millennium BC fortified settlement situated over the Rio Lucefecit associated with metallurgical activities during the Chalolithic era.
Roman Period Some Roman coins and daily items were found on site, although no settlement was recorded for that timeline.
12th Century The region was conquered in 1167 by forces of King Afonso Henriques. His son and successor, Sancho I, donated extensive domains to the Knights of Avis in 1186.
1294 – 1298 Under the sponsorship of the same Order of Avis, the castle was built by a Muslim stonemason.
14th Century Although not the most important village in the border region, Alandroal was still a key fortress for the Order, as stated from an armory record in 1366 showing significant quantities of weapons and armour.
1486 Alandroal is formally made a village by decree of King João II.
1606 Already in considerable ruin, the castle’s barbican wall was demolished shortly afterwards to build new houses.
14 January 1659 Explosion of a gunpowder room caused much damage and several deaths, mostly university student volunteers from Évora, led by the Jesuit Fr. Francisco Soares, who were replacing the army fighting at the Battle of the Lines of Elvas, during the Restoration War against Spain.
1943 – 1946 The National Monuments Institute undertook significant rebuilding and restoration (again in 1958) in the keep tower, courtyard and some portions of the wall. This included the demolition of some homes in order to open-up the castle spaces.

What is there to See at Alandroal Castle

Erected in red schist stone, giving it a particular colourful look, Alandroal has an oval shape, drawn according to the medieval urban development of the time. Reinforced by three towers on its corners, a solid keep 21 metres high and two entrances: the Traitor’s Gate and the Paços Gate, the castle’s curtain walls are topped by pyramidal merlons.

The heavy-like keep tower is divided into three floors with rib vaulted ceilings and features a doorway connecting it to the side church. A belltower was added to the top of the keep in 1744. The tower on the east corner was a former dungeon, called Jail Tower.

Jail cells can still be seen on the dungeon tower in the northwest corner of the fortress. It is believed escaping from such cells was not the hardest task, as they were not built to house prisoners but as storage rooms or armories.

Municipality in the district of Évora located close to the border with Spain along the right basin of the Guadiana region in Eastern Alentejo. It is located 341 metres (1,119 ft) above sea level, northeast of Évora and southeast of Estremoz.

The castle ruins are accessible daily, and free to enter.

Good To Know Before You Go

For security reasons, the keep tower is closed to the public except for scheduled visits. Visitors can request such visits by calling the Town Hall or within a tour guided program.

More Things to See near Alandroal

Castles of Terena and Juromenha in a 15km radius, together with Alandroal these these three castles formed a defensive triangle.

Fortified Gothic church of Annunciation with a Greek cruciform plan built in 1340 after the Portuguese victory at the Battle of Salado.

Castro of Castelo Velho: a fortified settlement situated over the Rio Lucefecit associated with metallurgical activities during the Chalolithic era, that includes several structures and a short wall.

Medieval bridge of Terena over the Lucefécit river.

Megalithic menhirs and dolmens at Santiago Maior on the road to the city of Redondo. 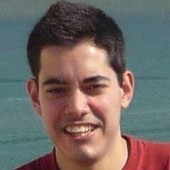 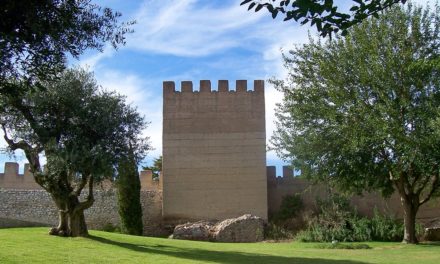 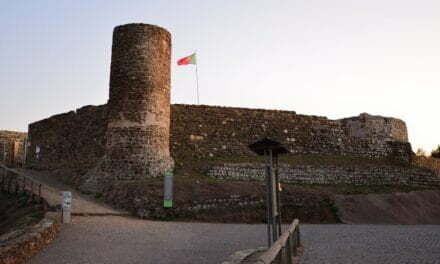