Guide to Abbeys and Monasteries in Normandy

Normandy is home to the World’s most well known and frequently visited Medieval abbey, namely Mont Saint-Michel. Scattered around this vast northern region of France are many other equally spectacular abbeys. Given the age of some of these buildings it is perhaps not surprising that some of the abbeys, like those at Savigny and Saint-Evroult, are now in ruins. So evocative is the ruined Jumiéges Abbey that it has frequently been described as France’s most beautiful ruin.

Whether a ruin or a functioning religious centre, the abbeys of Normandy provide a fascinating way to explore the history of this region. These buildings have been at the heart of many historical events and political developments in this part of France. Many of the locations were chosen because there had been a sanctuary there since prehistory. They were obviously a crucial part of the introduction of Christianity during the centuries following the departure of the Romans. Many were then destroyed by the Vikings towards the end of the 9th century. During the second millennium AD, these religious communities became important centres of learning. The Abbots from many of these abbeys went on to become important religious who played significant roles in the affairs of the church and the state.

Above all, these beautiful buildings – and their gardens, in whatever state of preservation they are in today, show what religious architecture and art was like in the Medieval periods they represent. Amongst the ruins of Jumiéges is an exquisite, solitary Carolingian carving of a bird, while majestic, curved Romanesque vaults can be found throughout the region. The abbey at Montvilliers has been totally restored and is now a state-of-the-art museum exploring all aspects of the history of abbeys in Normandy. Other abbeys, Valmont and Soligny-la-Trappe for example, are still home to functioning religious communities. Today, they offer visitors an insight into monastic life.

The abbeys of Normandy really do offer something for everyone.

Map of Abbeys and Monasteries in Normandy 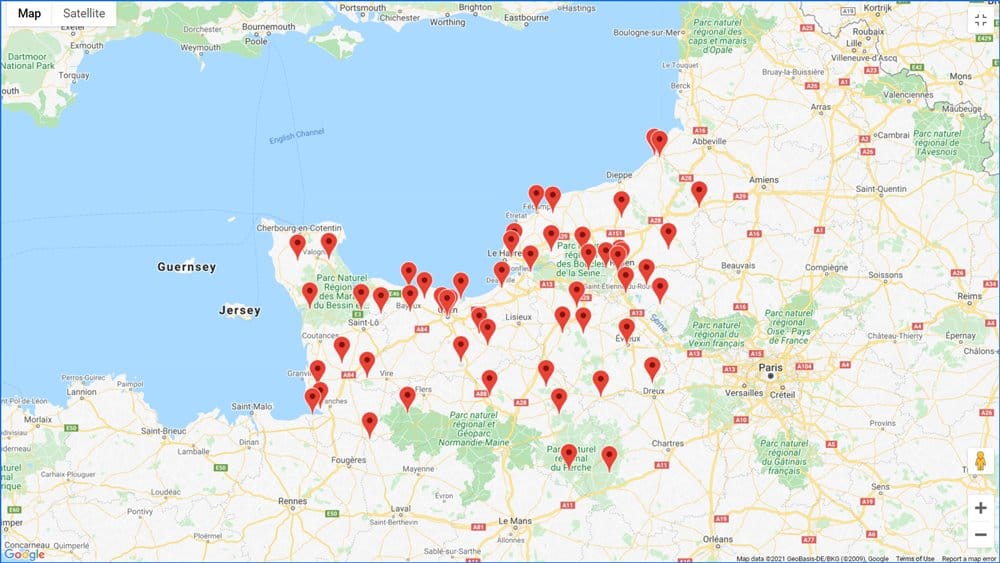 Each of the abbeys and monasteries in Normandy listed below is marked on this map. Locate each on our Interactive Map of Sites and Museums in France, or follow the links below. While the interactive map can and does work on mobile devices, it is best viewed on a desktop or laptop computer. 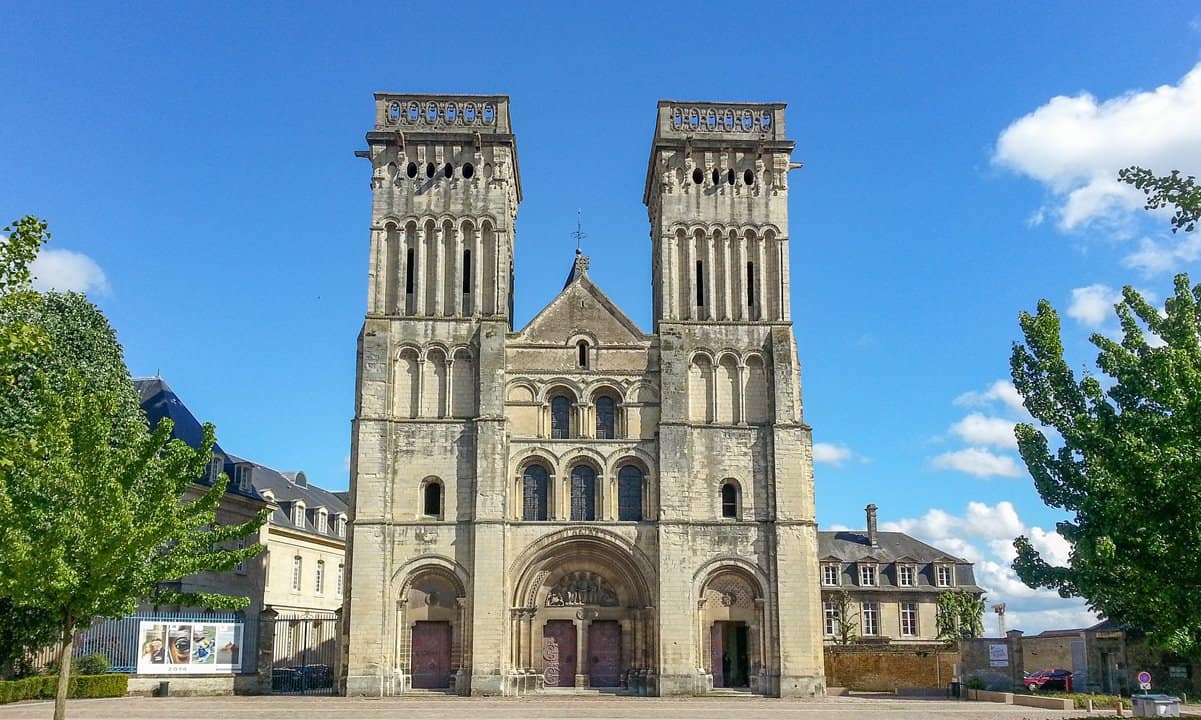 Founded as a monastery for women by Mathilda of Flanders following her marriage to William, Duke of Normandy. And it was here that Mathilda was laid to rest: her tomb can be seen in the choir. The abbey church was built in a typical Romanesque style and dedicated to the Trinity. In the ceiling of the apse is a restored but spectacular 18th century fresco that depicts the Assumption of the Virgin Mary. The original spires were destroyed in the ‘Hundred Years War’, and replaced in the 18th century, otherwise much of the church is original. 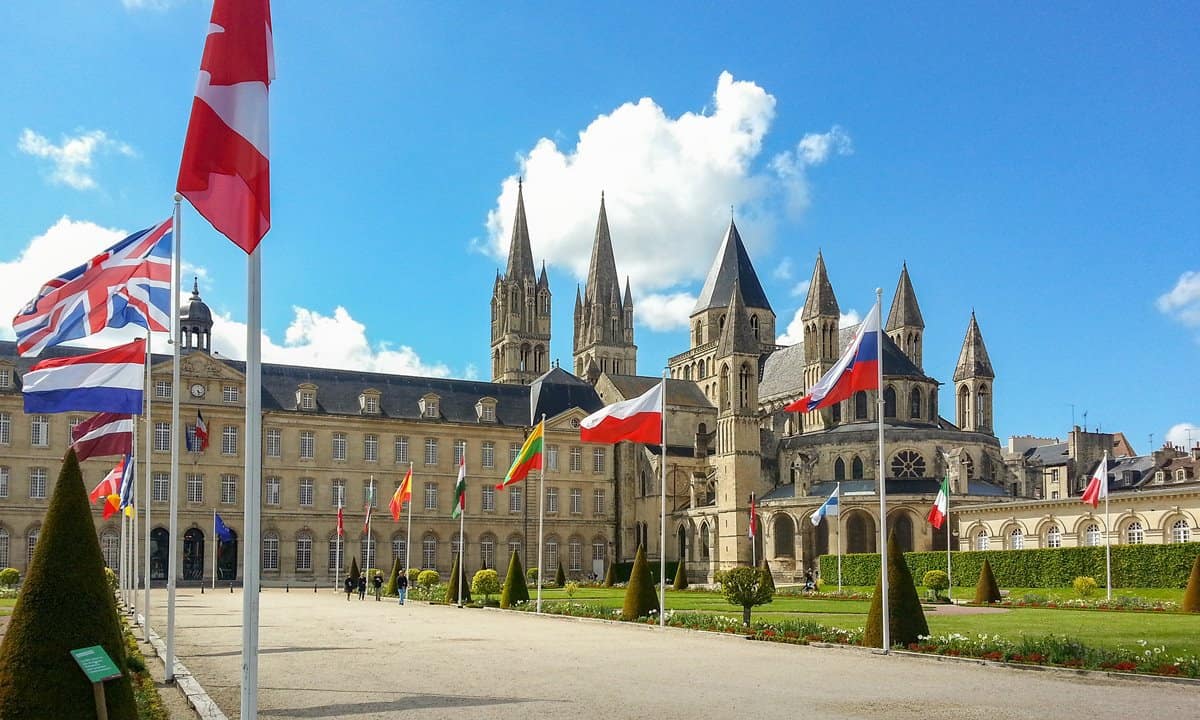 Founded by William the Conqueror in 1059 as a monastery for men following his marriage to Mathilda of Flanders. The Gothic abbey church is dedicated to Saint-Etienne, and has the tomb of the Duke of Normandy in the church’s choir. Although much of the 11th century church is original, the monastic buildings were destroyed in the 16th century and rebuilt in the 18th century. Today these buildings are used for the Hôtel de Ville.
Daily guided tours of the Abbey are provided free of charge. 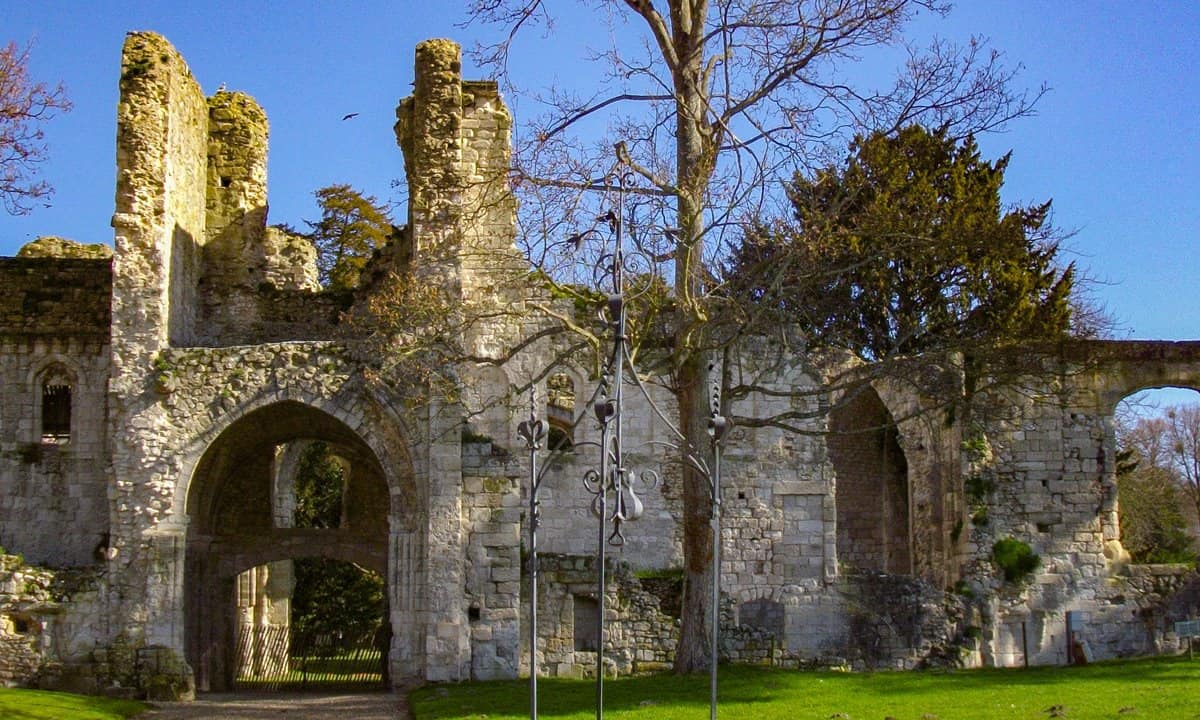 These picturesque ruins have been described by many as the most beautiful ruins in France. Although founded in 654 by Saint Philbert, the ruins that we see today are the remains of successive abbeys built, destroyed and rebuilt over the centuries since, such was the importance of this religious centre. The abbey was burned by Norse Vikings as they conquered Normandy between 841 and 940 AD, then rebuilt and consecrated in 1067 in the presence of William the Conqueror … go to Jumièges Abbey. 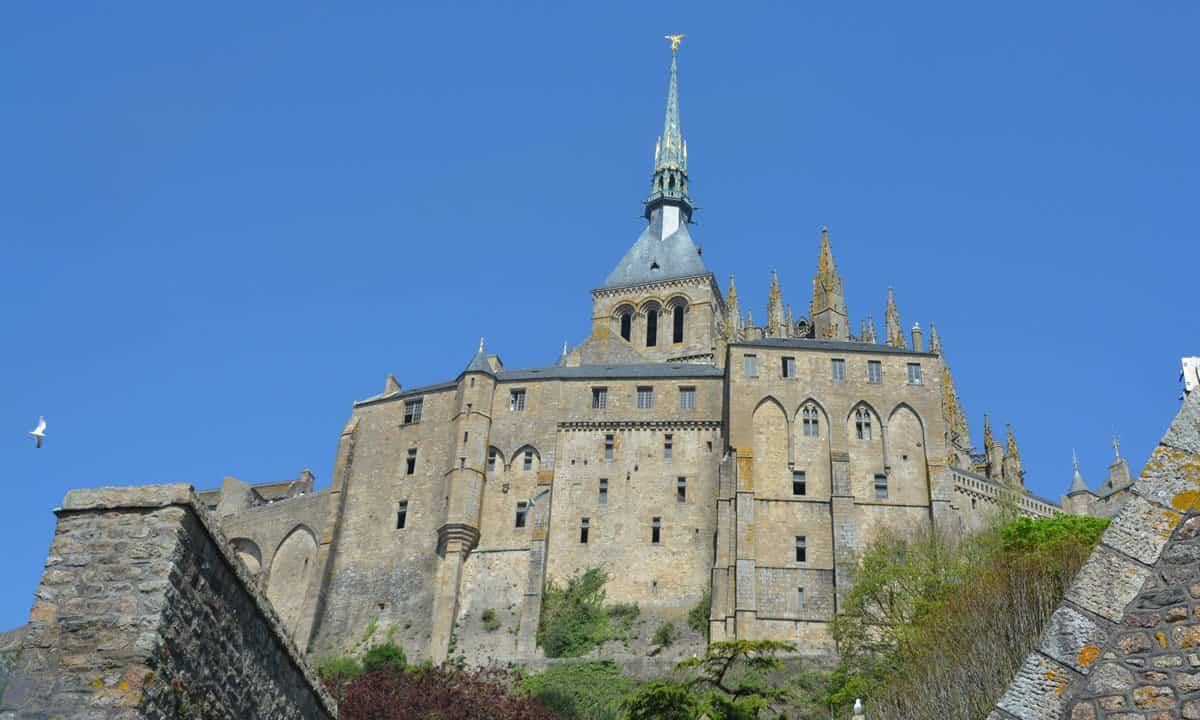 Mont Saint Michel is an island village with a Benedictine abbey unlike any other. According to legend, in 708 Saint Michael told the Bishop of nearby Avranches to build a monastery, much of which was built between the 10th & 15th centuries. Medieval builders were constrained by the natural pyramidal shape of the granite outcrop, so they created an abbey in three stories, known as La Merveille. At the very top is the abbey church and cloisters, made possible by a series of underlying crypts and buttresses … go to Mont Saint-Michel.