Founded in 1879, the Art Institute of Chicago exhibits a variety of artistic traditions from around the World. With over 300,000 objects and over one million square feet, this is not only one of the leading art institutions in the United States of America, it is the second largest – following the Metropolitan Museum of Art in New York. Although an art museum with substantial modern and contemporary collections of art from around the World, there is also much of archaeological interest on display.

The Art Institute of Chicago is open.

Besides visitors being required to wear masks, measures to control the flow of people through the attraction such as timed entry and movement in a single direction will be introduced. Visitor capacity will also be regulated. Read the Guidelines for Visiting Sites and Museums in 2021 >>

The information on this pas was last checked and/or updated on 19 May 2021. 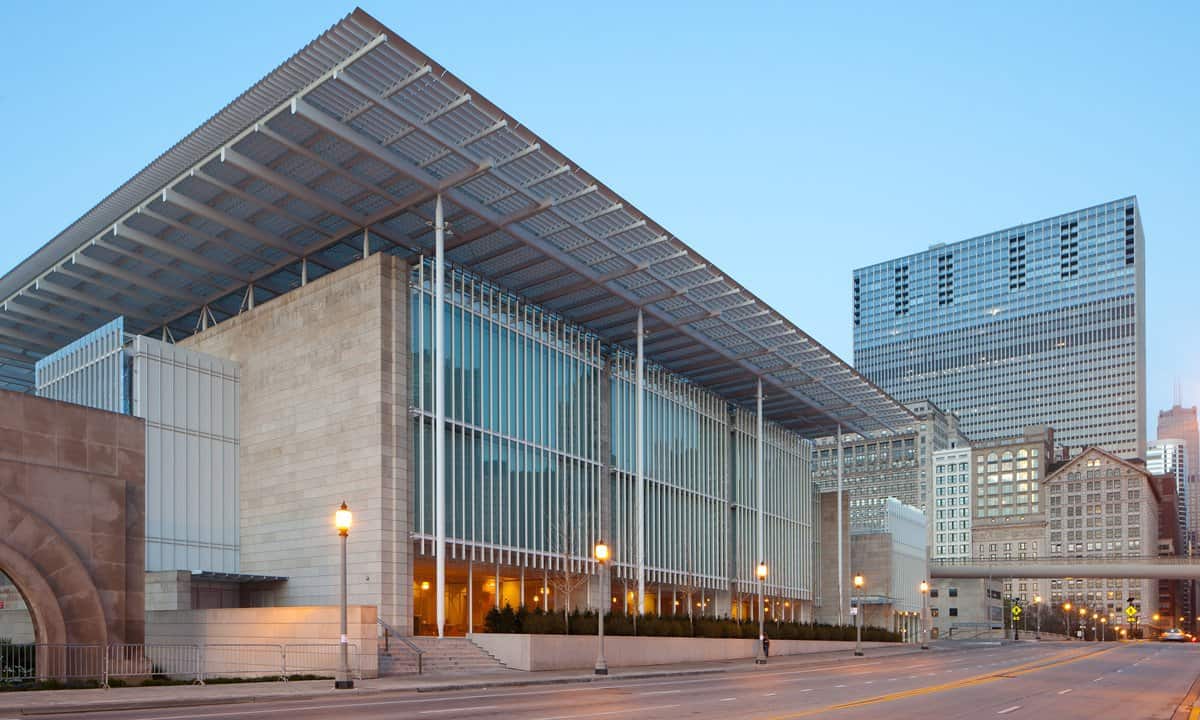 The Modern Wing of the Art Institute of Chicago.

The Institute has a modest set of exhibits representing the ancient Americas, mostly from central and southern America – including Mayan and Totonac artefacts. The American collection also has a number of more recent, ethnographic objects – including a stunning example of a Cheyenne feathered war bonnet. The ancient Mediterranean displays have the usual range of Greek and Roman artefacts. But of particular note from this area are the exhibits of Byzantine art – with some exquisite examples of Byzantine mosaics from the eastern Mediterranean and Syria.

Artefacts from a vast range of cultures and periods from Asia are very well represented. These include a large collection of objects from India, Southeast Asia and the Himalayas. Further east on the Asian continent, Chinese, Korean and Japanese traditions of various ages are also well represented. The elaborate, lead glazed funerary ceramics from the Tang Dynasty are a wonderful contrast to the more simple funerary ceramics from the earlier Han Dynasty.