EXPLORING THE RUINS OF ROMAN PARIS

Many guides and websites mention the Thermes de Cluny and Arènes de Lutèce as the only Roman ruins in Paris. While it is true that not much of the Roman period survives to this day, there is more to see than those two must-see places. Equally unmissable is the archaeological crypt under the parvis of the Notre Dame cathedral. Here the remains of the Roman port and another public bathhouse can be seen. And for those with a particular interest in the Roman past, there are also a number of more subtle signs of Paris’s Roman past on the streets. This self-guided tour shows you all that there is left of the Romans in Paris today, from the amphitheatre to the port, the aqueduct to the baths they provided water for. 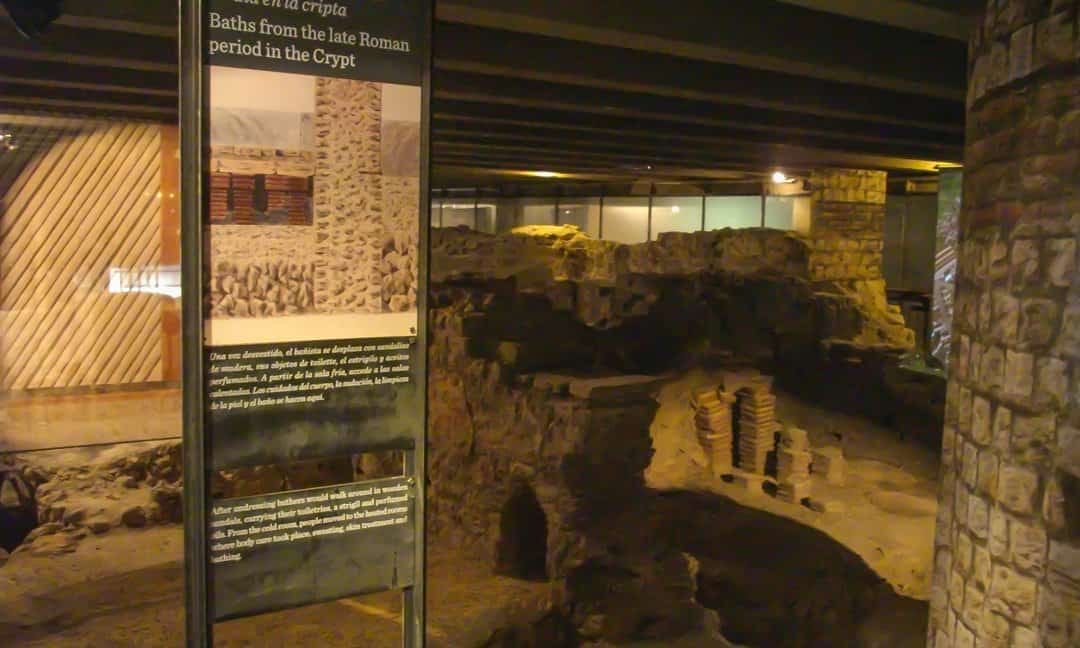 Remains of a bathhouse on the Île de la Cité, at the archaeological crypt under the parvis in front of Notre Dame Cathedral.

The walking tour begins at the amphitheatre and ends on the Île de la Cité. Following the route as set out below takes about 2 hours, without stopping and going into the various museums and sites that are open to the public. The remains of the Roman aqueduct are a bit further out, and require an extra train journey to see them.

Getting to the Roman Aqueduct in Paris

There are two main locations you can get to quite easily to see remains of the Roman aqueduct that would have supplied Lutetia.

Take the RER Line B and get off at the Cité Universitaire stop. Walk north through the park to Avenue Reille. There is a section preserved at the corner of Avenue Reille and Avenue de la Sibelle (marked on the map with a green pin). Walk north up Avenue de al Sibelle to Rue de l’Empereur Valentinien and Rue Thomas Francine, there are sections of the aqueduct preserved in class cases on booths roads, at locations marked on the map.

Continue along RER Line B to the Arcueil-Cachan station. Exit the station on the eastern side, onto Rue du Dr Gosselin. Walk north to Rue du Chemin de Fer, turn right. As you walk down this road, you will notice you are following a line of the much more recent aqueduct, which itself was built following the line of the Rome aqueduct. (If you are reading this and are not going to Paris, on the map above drag the yellow pegman to the blue line that runs along Boulevard Jacques Debrosses. Drop the pegman on the blue line and have a look at the structure on Google street view.) When the road reaches Rue de Provigny, turn left and pass under the bridge, immediately turn right and walk along Rue Besson for about 100 metres. Then turn right onto Avenue Cousin de Méricourt. On your right, behind what is called the Maison Renaissance, you will see remains of the aqueduct that carried the water channel across the Bièvre Valley.