With lively cities in the east and vast open landscapes in the west, Canada is one of the World’s top ten tourist destinations. A relatively young archaeological heritage offers visitors over twenty thousand years of cultural history. In the western most Yukon region there is evidence of the continents earliest people, while at the other end of the country there are the remains of the first European settlement in Newfoundland left by the Vikings. 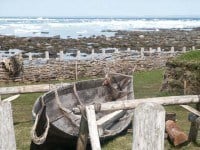 Situated at the very tip of Newfoundland are the remains of wooden-framed peat and turf buildings. These are similar to those found on Greenland and Iceland, and generally accepted to have been made by Norse Vikings. L’Anse-aux-Meadows is now accepted to be the only known Norse settlement in North America, and that this is the earliest evidence for Europeans on the continent. Parks Canada manage the site and visitors centre, with reconstructions and exhibitions about the discovery and excavation of the site … read more. 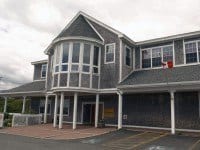 Visit the town of Ferryland in Newfoundland and see the archaeological remains of the Colony of Avalon, one of the earliest European settlements in North America. Although the colony was founded in the early 17th century, the natural harbour had been favoured by migratory fishermen for decades. The town was destroyed at the end of the 17th century when French settlers were at war with the English. Archaeological excavations commenced in the 1980s, and now visitors can see a 17th street, with the remains of a mansion house and a reconstructed herb garden. [Website] 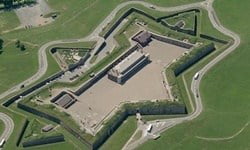 The Halifax Citadel National Historic Site is also known as Fort George, named after King George II of Great Britain. The strategic hilltop was chosen for its commanding view over the harbour, so as to best protect the growing town. Although never attacked, the fort played a key role in Anglo-French rivalry in this part of Canada. The first fortifications were constructed in 1749 and rebuilt four times, but the fort on display today has been restored to its Victorian period. [Website] 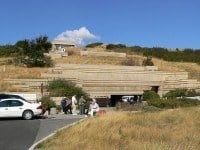 Head-Smashed in Buffalo Jump is one of the most significant aboriginal archaeological sites in Canada, which is not surprisingly on the UNESCO list of World Heritage sites. For some 6,000 years, the natural sandstone cliff was used by prehistoric hunters to drive bison over the edge and to their death. Below the cliff the carcasses were butchered and processed for food and tools. One of the most astounding archaeological features at the site is a large mound of bison bones, accumulated over the years the site was in use … read more. 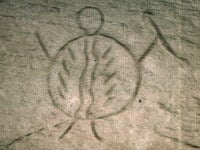 The sacred landscape of the Milk River valley in the prairie grasslands of southern Alberta has one of the richest concentrations of First Nation rock art in North America. This park is also one of the largest areas of protected prairie in Alberta. ARchaeological evidence suggests the are has been inhabited for at least 9,000 years. Park interpreters arrange regular tours to the rock art sites in the valley, as well as hosting interpretative programmes at the Visitors Centre. The park has a number of hiking trails, and has provision for RV and tent camping. [Website] 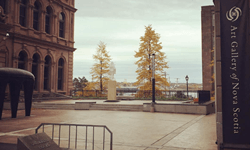 The Art Gallery of Nova Scotia is housed in the historic Dominion Building, built in 1865. The largest art gallery on Atlantic Canada, there are over 17,000 works of art in the gallery’s permanent collection. This is a varied collection that ranges from Inuit stone carvings to folk art from Nova Scotia, as well as paintings, photographs and other objects by artists with strong ties to Nova Scotia and the Atlantic provinces – many of which depict imagery of local significance. [Website] 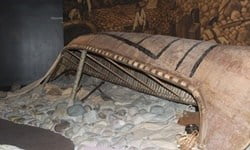 Founded by the philanthropist Eric Lafferty Harvie, the Glenbow Museum has extensive collections of art, historical, military and geological objects. The art collection focuses primarily on art of northwest North America, including First Nation and Inuit objects. Exhibits tell the story of Aboriginal peoples of Canada, frontier exploration, the development of western life, and objects from around the World: Africa, Asia, Oceania and Latin America. [Website]

Maritime Museum of the Atlantic 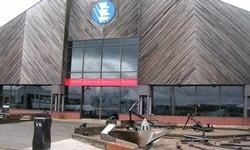 With over 30,000 objects and established in 1948, the Maritime Museum of the Atlantic in the harbour waterfront of Halifax is both the largest and oldest maritime museum in Canada. Permanent displays include shipwrecks of Nova Scotia, the sinking of the RMS Titanic and the role played by Nova Scotia in the rescue, as well as a World War II exhibit about the Battle of the Atlantic. There is also 70 small craft and a 180-foot steamship, the CSS Acadia, for visitors to explore. [Website] 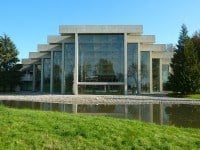 Founded in 1947, the Museum of Anthropology at the University of British Columbia is internationally renowned for its collections from around the World. Although primarily an ethnographic museum there are also over five hundred thousand archaeological artefacts in the collection, many of which are from the northwest coast of Canada. The museum is set in a sensitively landscaped garden, that contains many indigenous plants as well as certain external exhibits, including two Haida houses and outdoor poles … read more. 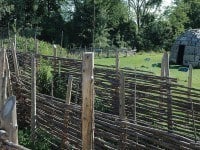 With over two million artefacts from archaeological sites throughout Ontario, the Museum of Ontario Archaeology tells the story of 11,000 years of human history. Besides this vast collection of objects, the museum is adjacent to two important archaeological sites. The first, the Spook Hollow site is a 4,000 year old campsite, and the second, the Lawson site, is a densely fortified Neutral Iroquois village dating to the 16th century that was at its peak occupied by an estimated 2,000 people … read more.

Situated on the very birthplace of Montréal, Pointe-à-Callière is Montréal’s museum of archaeology and history. A new museum (opened in 1992), but the site bears testimony to over one thousand years of human activity, beginning when indigenous peoples made camp here between the Little Saint-Pierre River and the St. Lawrence River. Some of the archaeology that was exposed during construction work for the building has been left in situ, and this now forms part of the museums permanent display on the history of the city … read more. 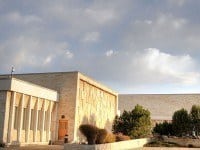 Opened to the public in 1967, the Royal Alberta Museum presents the natural and cultural history of Alberta. To this end, the museum draws on its combined collection of over 10 million objects in three permanent exhibitions: the Natural History Gallery, the Syncrude Gallery of Aboriginal Culture and the Wild Alberta Gallery. Together these three exhibits display rocks and fossils, prehistoric and historic artefacts, and a variety of preserved animals and plants, accounting for over a billion years of history … read more. 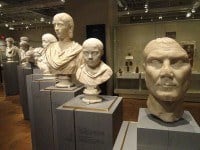 Founded in 1912, the Royal Ontario Museum is Canada’s largest museum, with over six million objects in 40 galleries exhibiting both natural history and World cultures. An impressive set of galleries range from the Stone Age to the more recent past. One of these, created in consultation with First People, tells the story of Canada’s past from pre-European times to the relationships between Europeans and Indigenous people. Also, there are extensive collections from the Far East, the Classical World and Africa … read more.

Archaeology Travellers Need You:
If you know of an archaeology site or museum in Canada that is not listed on this page, please provide me with the details and I will have it added … click here.

Archaeology Travel is a growing resource for anyone who enjoys visiting archaeology sites and museums. Besides a blog with numerous articles giving a more personal perspective, the website has numerous regional and thematic guides, including something for all interests - from the earliest Stone Age to the more recent past.