Exploring the Past in London

As the largest city in Europe, London has much to offer in the way of tangible historical heritage. Although centuries of urbanisation have taken their toll, there are still traces of the city’s prehistoric past. It was the Romans who created Londinium, a settlement restricted to the area now known as ‘the City’.

This fragment of a stylus writing tablet was one of over 400 such fragments recovered by archaeologists excavating the site of the Roman mithraeum, now the location of Bloomberg’s European Headquarters. What is interesting about this particular fragment is the address: Londinio Mogontio, ‘in London, to Mogontius’. This fragment thought to have been discarded in AD 70 or earlier, and another less legible fragment dated to about AD 62, are the earliest known instances of the place name London. This piece is on display at the Bloomberg Mithraeum, one of a number of museums in London open to the public and free of charge.

A Brief History of London

Humans have lived in the Greater London area since the Palaeolithic, or Old Stone Age, when they shared the landscape with megafauna including lions, hippos, and mammoths. By the Bronze Age, established settlement was increasingly common across the land that would become London, with people burying their dead in earthen mounds and placing precious objects in the River Thames. Perhaps reflecting growing tensions, in the subsequent Iron Age several communities were creating hillforts to defend themselves. In the first century CE, the Roman Empire invaded and established Londinium, a walled city now at the heart of Greater London. After the empire collapsed four centuries later, the early medieval settlement of Lundenwic grew up to the west of the old city.

With England becoming a unified kingdom from the early tenth century, London again rose to significant importance and became the country’s de facto capital city in the twelfth century. During the Central and Late Middle Ages, a range of castles, palaces, churches, and cathedrals appeared across the area, many of which survive today. In the early modern period, much of the old City of London was destroyed by fire, to be replaced by a new stone alternative. In the nineteenth century, London was the beating heart of the British Empire, establishing it as the major global hub that it remains to this day. Increasingly, the name ‘London came to be used not just for the area of the old Roman city but for a much larger area on either side of the River Thames. Over the past several centuries, urbanisation and migration have transformed the city into today’s Greater London, a whole county of eight million people and counting.

What is there to see in the City?

Although centuries of urbanisation have left few traces of the area’s prehistoric past, several Bronze Age round barrows survive along the south-eastern side of the River Thames, as do several Iron Age hillforts along the southern edge of the city.

Map of Archaeology and History Sites and Museums, and Other Historical Landmarks and Attractions of Interest 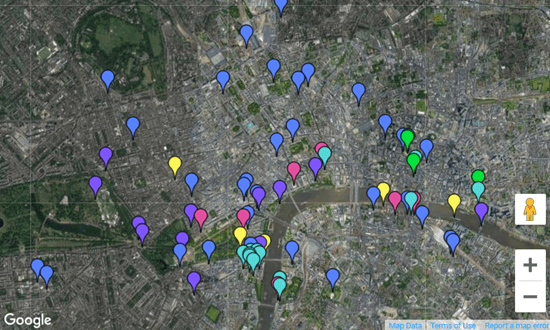 Use our interactive map to find museums, archaeology sites and historical places to visit in the greater London area, and beyond. The search features allow you to carry out different types of searches, whether you are looking for something nearby to see or planning a trip to London. Add the map to your mobile device’s home-screen and then use your current location in London to find places to visit there and then, or to see how close you are to other nearby attractions. Go to the interactive map >>

London is one of the great metropolises of the world, capable of advertising itself using its rich and varied heritage. While the city’s Roman, medieval, and modern history may be familiar to many, London also has an important but lesser known prehistory. From the Old Stone Age through to the Iron Age, human communities lived in the area now encompassed by Greater London, each leaving their own distinct mark upon the region Read More >> 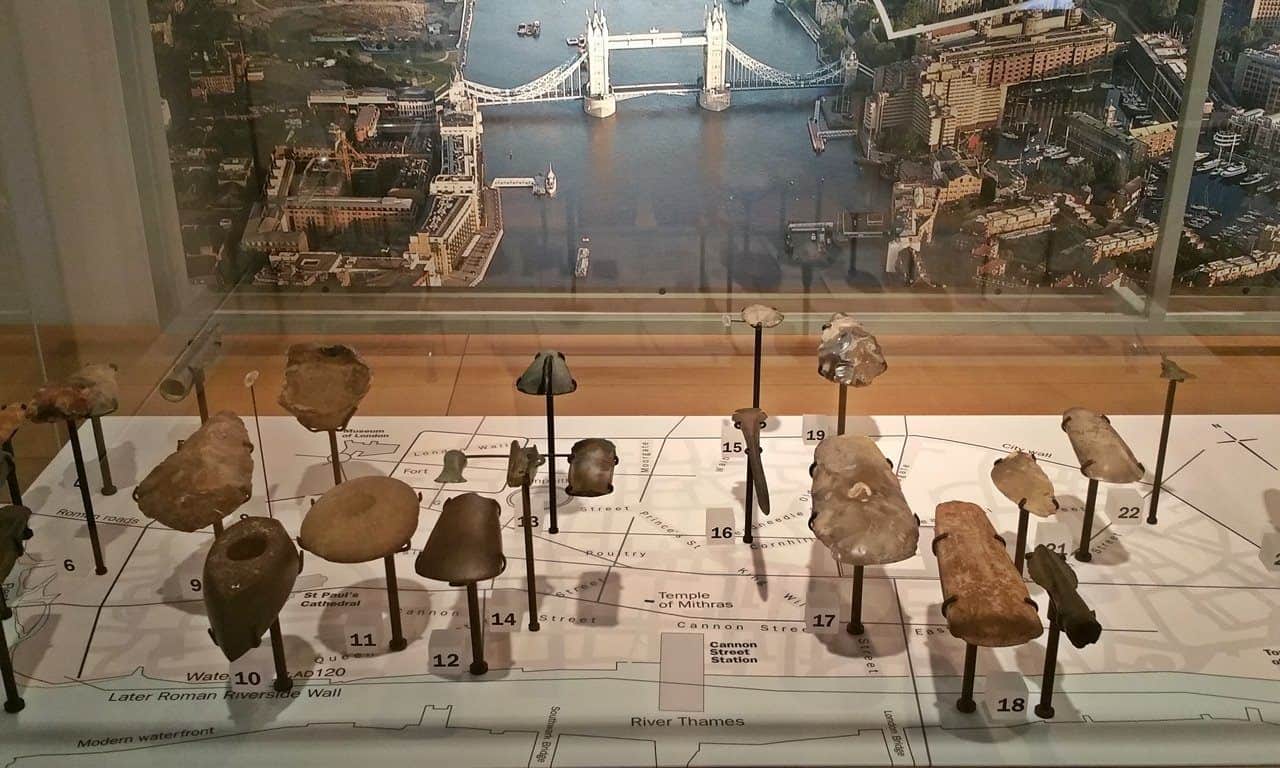 Museums and Art Galleries in London

Apparently there are over 170 museums in London. For those visitors interested in archaeology and history, you really are spoilt for choice. We are in the process of compiling a comprehensive list, and will link to it from here in due course. But for now, start with our List of Free History and Archaeology Museums in London, from where you can follow links to more detailed reviews of each museum on Archaeology Travel.

Sightseeing In and Around London

With so many attractions to visit, the cost of even a quick visit to London can soon add up. Many think that all you have to do is get yourself a city pass and you will be OK. Buying a pass does not always save you money. You should also bear in mind that there are often other benefits to having a pass. We recommend the London Pass, read our article so that you can determine whether it is useful for you or not. Is the London Pass Worth It? >>

You may also consider becoming a member of the National Trust and/or English Heritage.

Self Guided Walking Tours in London 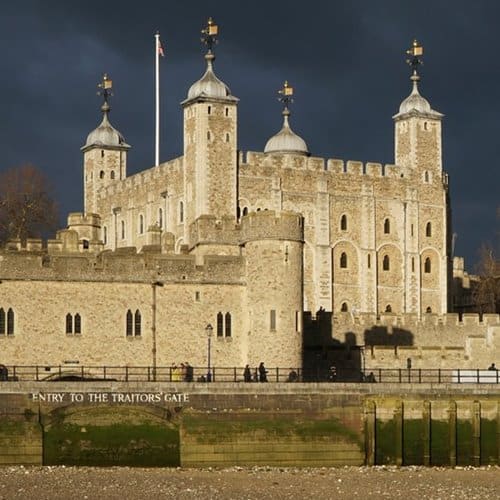 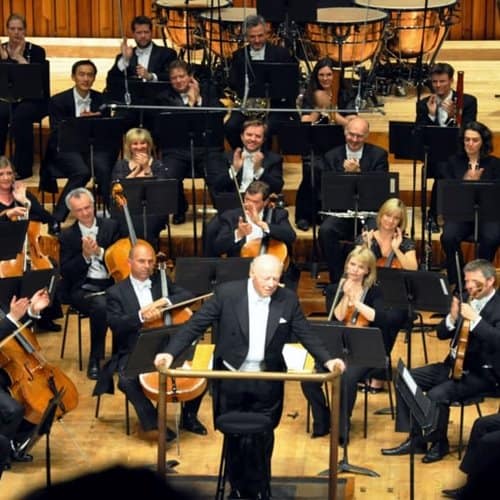 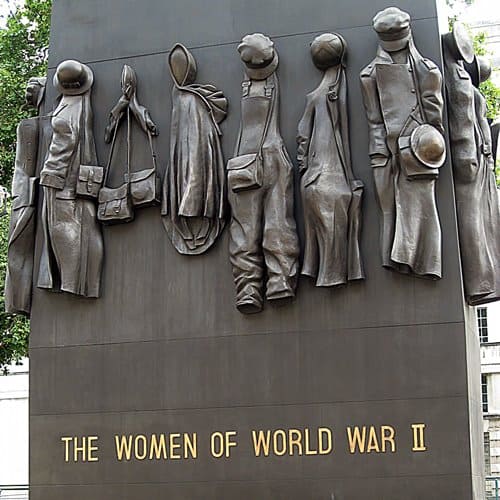 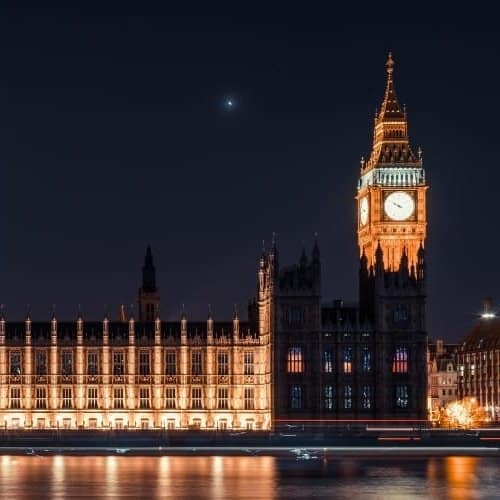 The following are just a handful of guided tours available for visitors to London who are looking for archaeology and/or history as the focus of their sightseeing. Click on the links for further details, and to book online with GetYourGuide.

There is so much to see and do with kids in London. The Natural History Museum is a big hit with many children. Hanging from the ceiling in the Hintze Hall is a real skeleton of a blue whale – the largest mammal on earth. The museum has one of the world’s leading exhibitions on the evolution of humans, as well as many exhibits on dinosaurs. You can even book a Private Dinosaur Discovery Tour for the family.

But there really is no escaping it, London is Harry Potter city for children. You can even take a Harry Potter Guided Walking Tour of London. There are of course many to choose from, but that one gets our vote. With over 7,000 reviews, it has a score of 4.7 out of 5! Take a trip down Diagon Alley and visit the Leaky Cauldron, all the while seeing many of the great landmarks of London from Trafalgar Square to the London Eye.

London is the perfect base for exploring the south east and south west of England. Many of the great attractions, from prehistoric Stonehenge to Roman Bath, Windsor Castle to Oxford are easily reached and make for a great day out of the ‘Big Smoke’.

Eating and Drinking in London

While there are lots of eateries and pubs in London, why not combine your nutritional requirements with a historical experience. For example, you can see many famous historical landmarks while enjoying a meal on a Thames River Cruise. Forget your hotel lobby, how about a British tea on a London Bus? Follow in the footsteps of people like Charles Dickens and Dylan Thomas and enjoy a drink while visiting some of the historic pubs in London. Or sample the delights of Britain’s well-known foods on a walking tour. If none of these take your fancy, there are over 70 food and drink related activities to choose from on the GetYourGuide Website. There are over 400 such activities to choose from on the Viator Website, ranging from High Tea at Kensington Palace to a Day Trip to Award-Wining Vineyards in Kent.

Getting About London for Fun

London is served by a number of airports. Besides City Airport just on the edge of the city, the other major airports are some distance from city centre. For each there are a number of transfer options, and the following are our suggestions.
Heathrow – the best way to travel between Heathrow and Central London has to be with the Heathrow Express, it runs every 15 minutes or so and only takes 15 minutes, direct from the airport to Paddington Station. Buy a ticket online with GetYourGuide.
Gatwick – the quickest and most convenient way to get from Gatwick to central London (Victoria Station) is via the Gatwick Express (purchase a ticket in advance on the GetYourGuide Website). These trains run every 15 minutes and the journey only takes 30 minutes. For half the price, you can get a bus to Victoria Coach Station from Gatwick (tickets can be purchased in advance on GetYourGuide).
Besides the above recommendations, there is a more extensive range of transportation services on both GetYourGuide and Viator – find the service that best suits your needs and budget. You can even get a Transfer to/from the Cruise Port in Southampton with a Visit to Stonehenge Included!