Exploring the Past in Paris

Paris would not be Paris without the Seine River. Along the banks of the river are architectural masterpieces from the Cathedral of Notre-Dame and the Sainte Chapelle, to the Eiffel Tower and the Palais de Chaillot, representing an extraordinary history from the Medieval to the 20th century. On the same river bank in the 1990s archaeologists recovered 6,000 year old canoes during excavations of an early Neolithic settlement. This collection of culturally significant landmarks is why that part of the French capital along the banks of the Seine is on the UNESCO list of World Heritage Sites. Not surprisingly then Paris is one of the most visited destinations in the world. Unfortunately it is also one of the most expensive. Our Paris Travel Guide, produced specifically for History Buffs, is not only packed with suggestions for what are the must see attractions and museums, but also money saving tips for what to see and do in Paris. 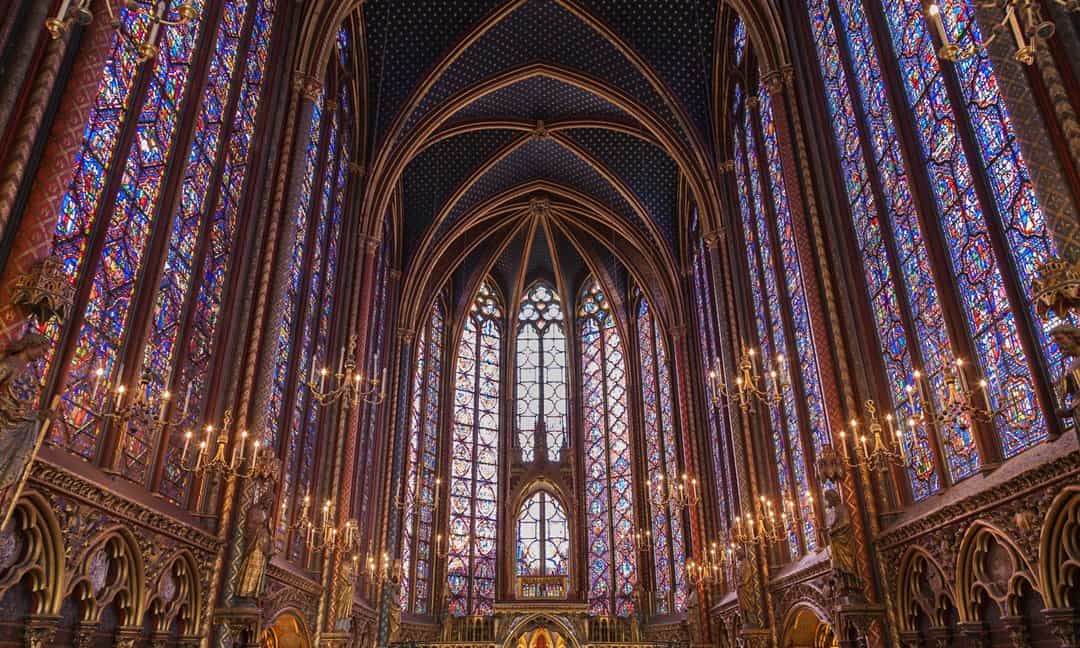 Extraordinary 13th century stained glass windows in the upper level of Sainte Chapelle, one of the highest achievements of the High Gothic Period.

Paris is surely best known around the World for what has come to be called the French Revolution; a period of immense social upheaval with political consequences that extended beyond France and even Europe. Back in 1789 the Bastille, then a prison, was a significant flashpoint for the revolution and its activities in Paris – it being a symbol of the excesses of the French monarchy. While there is very little of the Bastille to see today, there are many other landmarks and points of interest in Paris that are associated with the French monarchy.

This is a history that encompasses over 1,000 years. But a fuller story of Paris extends back well over 6,000 years. You are unlikely to get your walking shoes muddy exploring the archaeology in Paris, but you will certainly see some of the finest archaeological artefacts from within France and beyond, as well as many examples of iconic architecture inspired by the past. 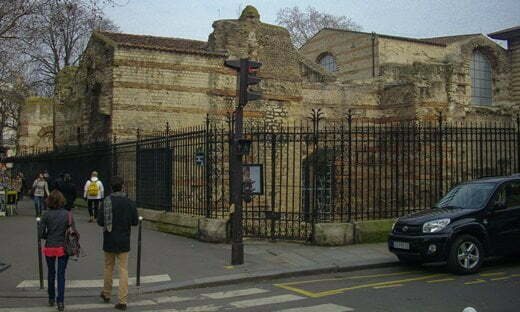 The Roman settlement, originally named Lutetia and later Lutèce, was located on the Left Bank at Sainte Geneviève Hill and the Île de la Cité. Until the collapse of the Roman Empire in the 5th century AD, Lutèce became a prosperous city with substantial palaces, baths, temples and theatres, as well as a forum and an amphitheatre (Arènes de Lutèce). Few of these buildings survive today, but the most impressive is the public baths – one of the largest surviving Roman buildings in north western Europe (Thermes de Cluny). Remains of the later Roman period of Paris have been uncovered in and can be seen at the La crypte archéologique de l’île de la Cité in front of Notre Dame Cathedral.
Prehistoric & Ancient Paris – Five Must See Sites >>. 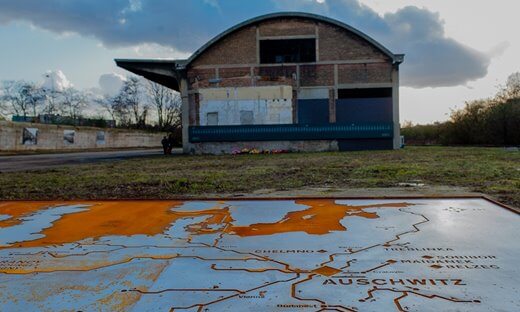 Few visitors are aware that there are a number of sites and memorials to the horrific events that took place during the Occupation of Paris by the Nazis during World War Two, from 14 June 1940 to 25 August 1944. Our guide to the World War II and Holocaust sites and museums in Paris does not attempt to recount the different experiences of Parisians during occupation as many of these accounts are published. Rather, we provide details of the many sites, museums and memorials associated with the occupation of the city, the deportation of thousands of children, women, and men to Germany, attempts to resist occupation, and the liberation of Paris in 1944. Also, an interactive map allows those who can not visit Paris a streetview of these places. (Photograph © Henry Perrot)
Guide to Paris & World War 2 Today >>

Castles & Châteaux in & near Paris 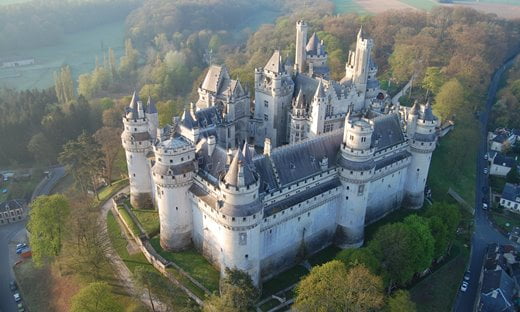 For anyone visiting Paris with a penchant for castles, there are many to choose from that are within easy reach of the city. A number of these are only an hour or so by car, train, or metro and can be easily visited in a single day trip from Paris. As they are further out and many little-known, visiting these chateaux is often a great way to escape the crowds of Paris for a while. Once private or official residences, some now are home to world-class collections of all sorts of objects and artefacts. Whatever your interests, spectacular architecture with sumptuous interiors, gorgeous gardens or wild forests, culture and history, you are sure to find it at one of the castles and palaces close to Paris >> 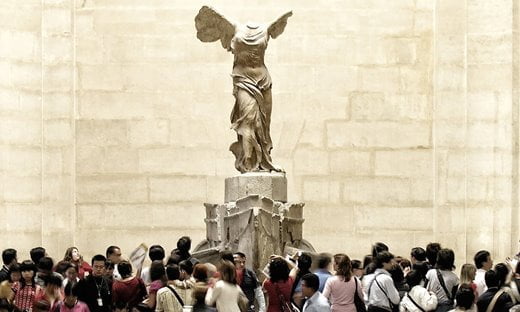 With over 130 museums in the central and greater metropolitan region, Paris is surely the museum capital of the world. With so many, you will need to plan your visits carefully. If seeing a couple of great museums is what you want, then certainly you can not go wrong with the popular choices, including the Louvre, the Musée d’Orsay, Musée national du Moyen Âge, and the Musée Marmottan Monet. If, however, you are wishing to be more selective, consult or thematically ordered list of museums in Paris and the Île-de-France >>

Tips for Visiting Museums in Paris:

Remember, even during peak tourist seasons, some museums are not open seven days a week! Believe it or not, the Louvre for example is closed on Tuesdays.

National museums do not charge an entry fee on the first Sunday of each month. But, with free entry comes large crowds.

Many museums have late night openings. For temporary exhibitions at the Petit Palais, the museum is open until 21h00. The louvre is open until 22h00 on Wednesdays and Fridays. These museums are often a bit quieter at these times.

The Best Walking Tours in Paris

Paris has had a fascinating past, histories and events that we have all been taught at school given. Many visitors come to the French capital to see the sites associated with these events; such as the Bastille for the French Revolution, or Versailles for the reign of Louis XIV. For those with a particular interest in the historical events that have shaped this wonderful city, the opportunity for themed walking tours is immense. There are a number of guided, small group walking tours to choose from, or follow one of our self-guided tours at your own pace. For more information about walking tours in Paris, guided and self-guided, Click Here.

The opportunities for day trips from Paris for people who want to explore a bit more of France and this country’s amazing archaeological and historical sites are numerous. Whether it is the D-Day Landing Beaches you want to experience, or Monet’s beautiful garden, the extraordinary island abbey of Mont Saint Michel or the Medieval town of Provins, these and many more are possible. Depending how long you are happy for your day to be, you can go as far afield as Provence. Yes, Provence for the day! On a 15 hour day trip, for example, you can see the sites of Avignon, Pont du Gard and St Remy, or the regions famous Lavender fields (in July of course).

For a complete list of day trips available through from the Get Your Guide network of independent guides Click Here.

Suggestions for a few do-it-yourself day trips from Paris: Amiens (explore a million years of history), Chartres Cathedral & Château de Maintenon (as both of these are on the same train line, they make a good pairing).

When it comes to sightseeing mutli-passes there are a few to choose from for Paris, with a range of benefits and advantages. Convenience and peace of mind has to be up there at the top of the list of benefits. You have chosen which pass is right for you, purchased it, you know what is included so now you can relax and enjoy your visit. There are two popular and useful passes for sightseeing in Paris. 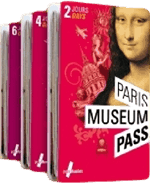 The first, and most basic is the Paris Museum Pass, produced by an association of the museums in the Paris region. Buying this pass (available for 2, 4, or 6 consecutive days) gets you unlimited entry to over 50 museums and monuments in and around Paris. It is as simple as that, and at €74 for an adult for six days you have to agree that is a good price to pay. Click here to buy the Paris Museum Pass online (on that page you will see a full list of which museums and monuments are included on the Paris Museum Pass). The cost of visiting the ten most popular attractions including the Louvre and the Palace of Versailles comes to just under €120 – a list that could easily be done in 4 days (a 4-day pass is €62). 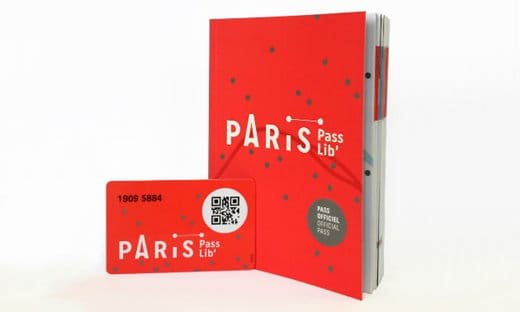 Most people visiting Paris, certainly for the first time, do not only visit museums. And, even if you do there are other expenses, such as travel, to consider. This is where the Paris Pass offers added benefits; the most popular, and in my view the only one worth considering. The first additional feature worth mentioning is the free access to public transport (Metro, buses and RER trains) in zones 1, 2 and 3 for the life of the pass. Thereafter passholders get entry to other attractions and activities as well as a range of discounts at various shops, restaurants and other retail outlets. The Paris Pass includes a greater number of attractions, and more with ‘free’ entry, than any of the other Paris city passes available.
More Information and Buy Online >>

Which is the Best Pass for Sightseeing on Paris?

This is where you have to be careful about which pass to buy, and only you can determine whether it will save you money or not. Here you will find a detailed comparison of the basic Paris Museum Pass and the Paris Pass >>

If neither the Paris Pass nor the Paris Museum Pass will work for you, there are a number of sites and attractions for which you can buy tickets online, in advance. In the interests of transparency, if you purchase a ticket through the Get Your Guide network, Archaeology Travel will receive a commission. This fee is taken from the advertised price, which is very competitive, not added to the cost of the tickets. Read more about our Advertising Policy.

Accommodation in Paris is not cheap. Even budget accommodation is relatively more expensive in Paris than elsewhere. Don’t fall in the trap of finding a nice looking hotel that suits your budget, but is beyond the city centre. The last thing you want to be doing is spending your time in Paris on a train.

Eating And Drinking in Paris

Travel in and Around Paris

Paris has over 300 metro/subway stations. Looking for a good map for your smartphone or mobile device, have a look at MetroMap. And, it is good for desktop planning too. Download it, and print it if you want a hard copy.

Avoid waiting in queues and buying tickets for each journey. Get unlimited travel in Paris and the Île-de-France region, using all of the public transport networks (metro, tramway, bus, RER and SNCF), with a Paris Visite Travel Pass. These can be valid for 1, 2, 3 or 5 consecutive days, and the option to choose between central Paris (ie zones 1 to 3) or greater Paris and the Île-de-France region.