Archaeology and History Sites in California 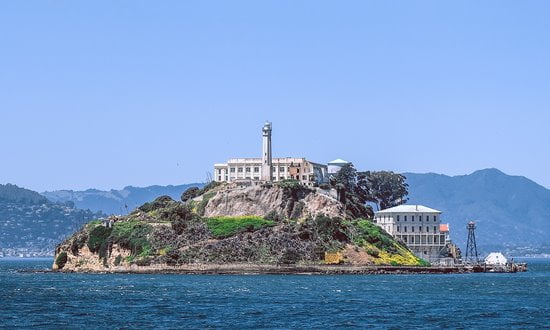 Probably the most famous prison in the United States, that on Alcatraz Island off San Francisco operated between 1934 to 1961. The mobster Al Capone was one of the most famous criminals interned there. It also housed a military fort and a lighthouse. Subsequently, the island was occupied between 1969 and 1971 by Native American rights protesters. The island is now a heritage attraction with boats taking tourists to see it.

Located within the Lava Beds National Monument, Captain Jack’s Stronghold is a lava rock outcrop that the Modoc people long used for hunting. During the Modoc War of 1872–73, during which indigenous peoples clashed with the U.S. Army, the Modoc leader Captain Jack and his supporters held the outcrop as a defensive position. The First Battle of the Stronghold took place here, in which the Modoc saw off a much larger U.S. Army force.

The Chalfant Petroglyph Site is one of the best-known examples of rock art in California. The site is located in the Chalfant Valley, not far from the city of Bishop. The rock carvings, or petroglyphs, are spread over an area of 3.5 acres. They were probably created by Native American communities living in the region although there is still much about these carvings, such as their intended meanings, which remain a mystery.

The Hemet Maze Stone outside Hemet is a boulder on which has been carved a mysterious pattern. It was probably created by Native American communities in the region, although when and for what purpose is not clear. Archaeologists classify it as part of the ‘California Engraved’ tradition of petroglyphs. To avoid any vandalism, a fence has been erected around the stone, although visitors can still appreciate its positioning in the local landscape.

John Muir was a naturalist who played an important role in the preservation of non-urban landscapes as national parks in the United States. The John Muir National Historic Site in Martinez preserves the house that Muir lived in during the late 19th and early 20th centuries. The Italianate structure was built in 1883 by Muir’s father-in-law. It was while living here that Muir co-founded the Sierra Club, devoted to preserving wilderness areas.

In 1787, Roman Catholic missionaries established the La Purisima Mission in an area inhabited by Spanish settlers. Much was destroyed by an 1812 earthquake, although the mission was rebuilt nearby. Over the years, the settlement grew larger, with the addition of shops and a blacksmith’s store. Today it is the most extensively restored Spanish-era mission in California. The wider historical park offers walks around the beautiful natural environment surrounding the mission.

During the Second World War, the government interned much of the Japanese American population, fearing that they might contain saboteurs loyal to Japan. The Manzanar National Historic Site marks one of the internment camps, located at Manzanar in the Sierra Nevada. Over 120,000 U.S. citizens were interned here between 1942 and 1945 because of their ethnic heritage. 146 died while at the camp and some are buried in the cemetery.

The Petroglyph Point Archaeological Site can be found within the Lava Beds National Monument. It preserves a range of petroglyphs, or rock carvings, made by Native peoples living in the region. There is still much that archaeologists do not know about these artworks, including exactly when they were made and for what purpose. Most of the depictions are geometric patterns rather than figurative images of humans and other animals, as are commonly found at other locations.

Tor House at Carmel-by-the-Sea was home to the poet Robinson Jeffers from 1919 till his death in 1962 and it was here that he produced much of his work. His family continued to live there until 1999, after which it was converted into a heritage attraction. Among the features at the house is the Hawk Tower which Jeffers build over four years during the 1920s. Visits are by guided tour only and require advanced registration. 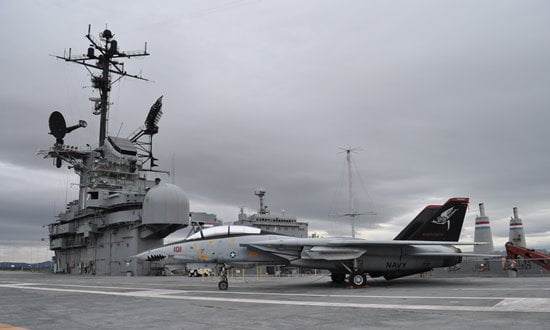 The USS Hornet is an Essex-class aircraft carrier that was completed in 1943, when the U.S. Navy was engaged in the Second World War. The vessel remained in use for several further decades, being used to rescue astronauts from two NASA Apollo missions when they returned to Earth. In 1970 the navy decommissioned the vessel and in 1998 it opened as a heritage attraction at Alameda, where it is now docked.

Popular Tours and Activities in California with GetYourGuide

Autry Museum of the American West

Established in 1988, the Autry Museum of the American West in Los Angeles’ Griffith Park focuses attention on the heritage of the western states. Its collection includes a broad range of materials, from textiles and toys through to paintings and sculptures. Rather than being arranged chronologically, these displays are instead assembled thematically. The Autry Museum also manages the Southwest Museum of the American Indian in the city’s Mount Washington area.

Part of the Pacific School of Religion, a Protestant seminary in Berkeley, the Badè Museum of Biblical Archaeology possesses an extensive collection of material from the Near East. The museum takes its name from William F. Badè, a former professor of the Old Testament at the seminary. Much of the collection derives from the excavation of Tell en-Nasbeh that Badè oversaw, believing that the site represented the Biblical city of Mizpah.

The California African American Museum in the Exposition Park area of Los Angeles focuses attention on the history of the state’s black community. The museum opened in 1981 and has since built up a collection of around 4000 objects, including paintings, sculptures, documents, photographs, and other artefacts that range in date from the 19th century through to the present. Various temporary exhibits supplement the main collection. Entry is free.

The Chumash Indian Museum in Thousand Oaks showcases the culture and heritage of the Chumash, an indigenous community living largely in central and southern California. The museum stands on the site of a former Chumash village discovered by archaeologists and includes outdoor displays of traditional architecture. A range of historical objects are displayed inside the main center. Various educational and cultural events take place at the museum. 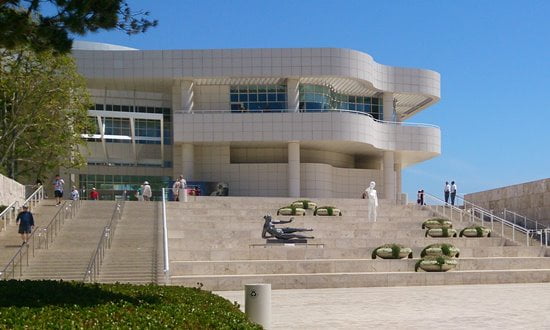 Opened in 1997, the Getty Center with its spectacular views over Los Angeles and vast collection of art is one of the most visited museums in the US. One of two locations in the Los Angeles area, the Center has five exhibition pavillions. The exhibitions include pre-20th-century European art as well as American and European photographs from the 19th and 20th centuries. 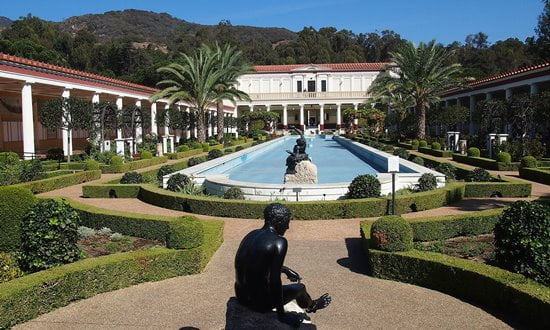 This was the first of two locations established by the Getty in Los Angeles. The museum, in the Pacific Palisades, resembles a Roman house, based on the Villa of the Papyri at the archaeological site of Herculaneum in Naples, as well as other Roman sites. The Villa has a collection of over 44,000 artefacts from ancient Greece, Rome and Etruria. These range in date from 8,500 BCE to 400 CE.

The Japanese American National Museum in Los Angeles’s Little Tokyo focuses attention on the heritage of the Japanese American community. The museum opened in 1992, since when it has brought together a broad range of material, documenting the history of the Japanese arrivals of the 19th century and on to events such as the internments of the Second World War. Various temporary exhibitions supplement the main collection.

The Maidu Museum and Historic Site focuses attention on the heritage of the Nisenan Maidu, an indigenous community who resided in this region of northern California for many centuries. The museum explores forms of Nisenan subsistence and crafts, among them acorn processing and basket weaving. Outside the museum are a range of petroglyphs in the rock face probably produced by Maidu people, although for what reasons remains unclear.

Phoebe A. Hearst Museum of Anthropology

Opened in 1901, the Phoebe A. Hearst Museum of Anthropology in Berkeley is run by the University of California, Berkeley. It was originally located in San Francisco, before moving to its current location in 1931. With nearly four million objects in its collection, the museum brings together artefacts from across the world, including Africa, Asia, Europe, and the Americas. Several temporary exhibits supplement the permanent displays. The museum facilitates ongoing research into its collections.

Richard Nixon is one of the more infamous Presidents in 20th century American history, having had to step down amid the Watergate Scandal in 1974. Visitors can learn more about Nixon, who was born in southern California, at his presidential library and museum in Yorba Linda. Located on land that Nixon’s family formerly owned, it was dedicated in 1990 and displays a broad array of memorabilia associated with Nixon, his wife, and children.

One of the largest collections of ancient Egyptian artefacts in the United States can be found at the Rosicrucian Egyptian Museum in San Jose. Material on display include mummies, sculptures, jewellery, various dioramas, and a replica rock-cut tomb. Open since 1966, the museum is run by the Ancient Mystical Order Rosae Crucis (AMORC), an esoteric group devoted to a philosophy known as Rosicrucianism. The building itself displays many interesting Egyptian-influenced features.

Established in 2006, the Western Science Center in Hemet brings together a large collection of paleontological and prehistoric artefacts. The museum includes various Ice Age fossils excavated from the Diamond Valley Lake, including that of a mastodon, as well as a range of dinosaur remains collected by Harley Garbani. Archaeological collections explore both Native American and later European American communities who have lived in California. Temporary exhibits supplement the main displays.