Britain’s most prestigious educational establishments are famous around the world for their history, traditions and high educational achievements. Pupils come from across the globe to attend these pinnacles of accomplishment, whether its a school, college or military academy. Schools such as Eton, Harrow, Rugby and Winchester have been around for centuries and their buildings are of architectural and historical significance. Here, Sarah looks at ten such educational institutions that few people know you can visit as a member of the public, to learn more about their history and to visit their museums. 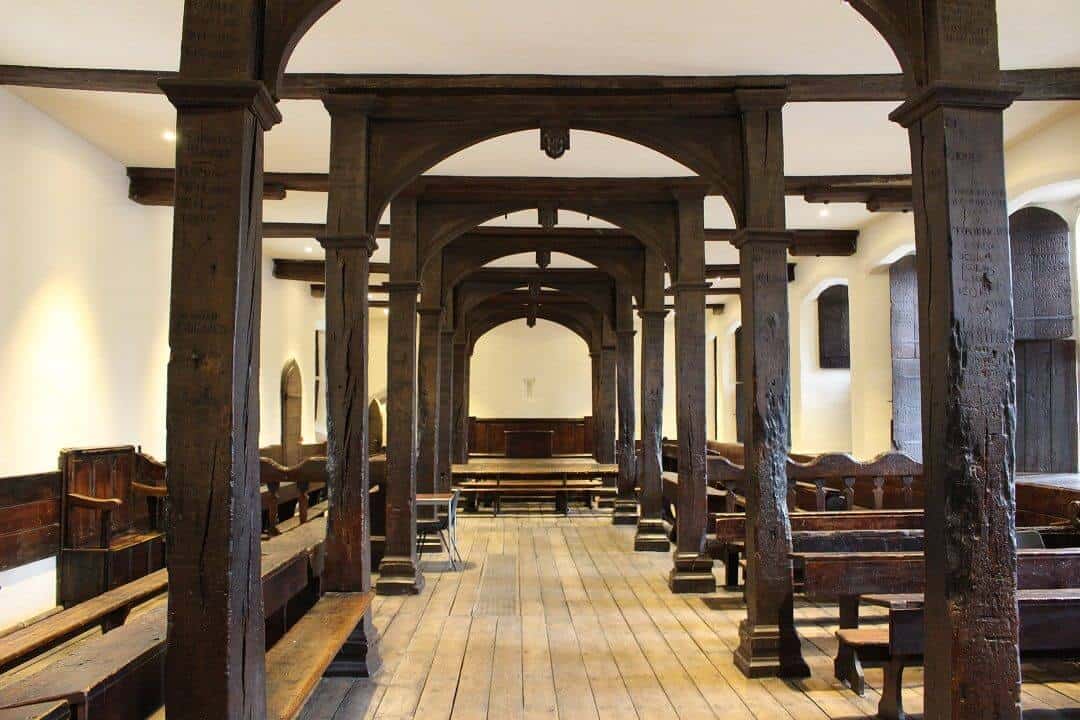 This classroom in Eton School has been in continuous use for over 570 years.

Thinking about British public schools can conjure up images of tailcoats, bow ties, straw hats and corporal punishment. Frequently written about in some of the great literature over the centuries, from Tom Brown’s Schooldays to Goodbye Mr Chips, Mallory Towers and even the Harry Potter novels, they have a reputation of cold dormitories but high educational standards. Housed in some of the finest and oldest buildings still in use in the country, they have long been places of mystery and inscrutability, that only pupils and staff have ever had access to.

This has changed over the years however, and now some of Britain’s finest educational establishments have opened their doors to the public. This provides a unique opportunity for the history buff to see some rare sights, such as a classroom which was built in 1450, a passing out parade of army cadets or the rugby fields where the sport was invented nearly 200 years ago. 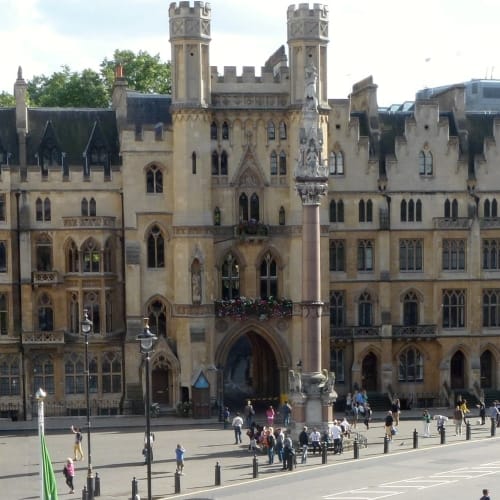 There has been a school on the site in Westminster since before the Norman invasion of 1066, although in its current formation it has been in existence since 1560 when Queen Elizabeth I ‘refounded’ the school. The school buildings are in various different locations around the UNESCO heritage site of Westminster and include the oldest Medieval refectory, a main hall which was built in 1090 as a monks dormitory and College Garden, the oldest garden in England which has been continuously cultivated for over 1000 years. Public tours run in the school holidays and must be pre-arranged with the schools archivist. 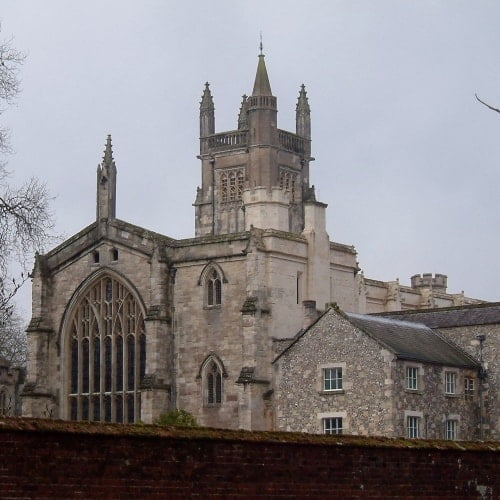 Founded in 1382 by William Wykeham the Bishop of Winchester, Winchester College in Hampshire is one of the world’s oldest schools. The school is also one of the few which is still boys only. It has over 80 listed buildings of Medieval architecture across 11 acres of grounds. The College has converted a Medieval stable block into a museum, where they open their art and archaeology collection to the public which has artefacts from Egypt, Greece, Rome and China. Known as The Treasury, this collection is free for the public to view. Public tours run daily and include the museum as well as the Medieval heart of the school. They do not need to be pre-booked. 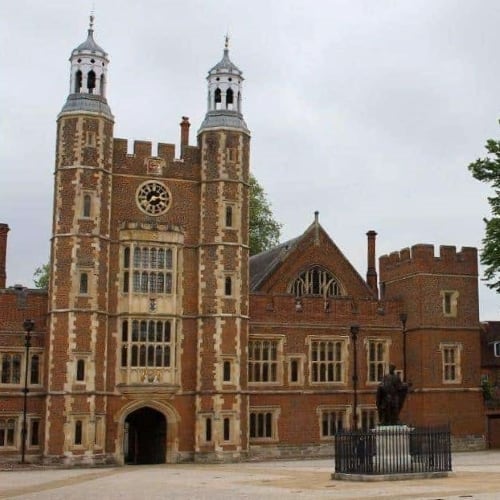 Founded in 1440 by King Henry VI next to Windsor just outside London, Eton is perhaps the best known of all British public schools. Famous for their traditional uniforms and high achieving pupils, alumni include several Prime Ministers, including the present one, authors, actors, poets and royalty, including both Prince William and Prince Harry. The school includes a stunning chapel with 15th century murals, a heritage museum and a classroom that has been in continuous use for over 500 years. Tours usually take place on Fridays in the summer months and can be booked online. Read about a tour of Eton College >> 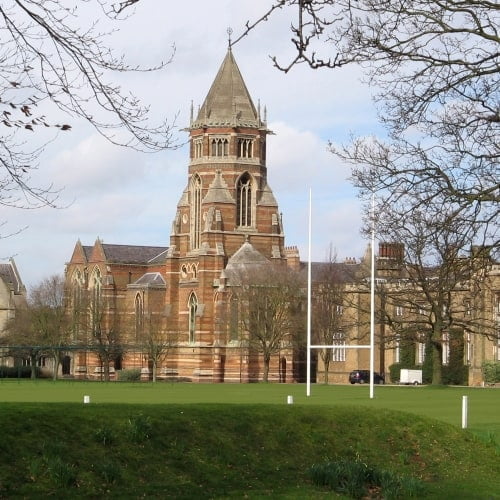 Founded in 1567 as a boys grammar school in Warwickshire, the school is famous for being the birthplace of the sport of rugby, where it is said that a pupil picked up the ball and ran with it during a game of football in 1823. Alumni include Lewis Caroll, Prime Minister Neville Chamberlain, Rupert Brooke and Salman Rushdie. The school is now co-educational. Tours for the public include the impressive school buildings, the hallowed rugby ground and the school museum and take place on Saturdays. Email the school to reserve a place or you can take your chances and show up at the school shop on a Saturday at 2pm. 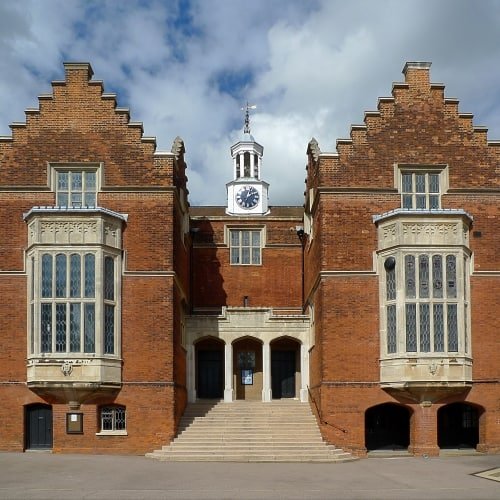 Founded in 1572 by a Royal Charter of Queen Elizabeth I, Harrow is one of only four all boys, all boarding schools left in the country. The original building consisted of what is now called the Fourth Form Room with lessons taking place in all four corners simultaneously, mostly Latin. Harrow has some notable alumni including Prime Ministers such as Churchill, Baldwin and Palmerston, several kings and royalty, Nobel Prize winners and many holders of the Victoria Cross. The school runs public tours four times a year which can be booked online. The tours cover the historic buildings and provide an insight into this unique British institution. 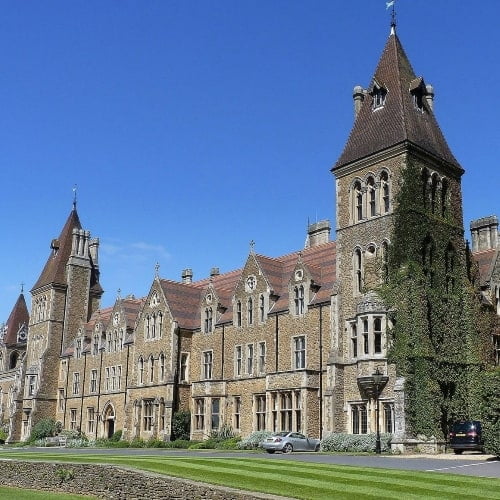 Founded in 1611 by Thomas Sutton on the site of an old Carthusian monastery in London, the school moved to its present site in Surrey in 1872. It is one of the most expensive schools in England and is now co-educational. The site is an impressive 200 acres and includes a chapel built by Sir Giles Gilbert Scott to commemorate the 700 pupils who died in World War I, making it the largest war memorial in the country. Visitors can do self guided heritage tours of the extensive site using this leaflet to guide them round. The tours do not include entering the buildings which are off-limits to the public. 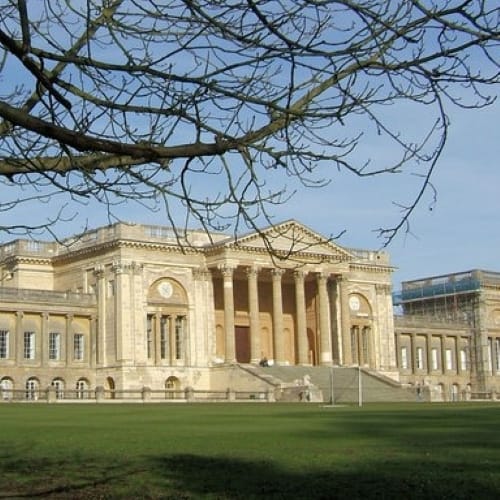 Founded in 1923 in the country manor of the Dukes of Buckingham and Chandos, this Grade I listed building has some incredible architecture and historic landscaped gardens. The rooms are flamboyant, filled with hidden messages and mythology which reflect the former owners ecentric pasts, before bankruptcy led to the property being abandoned. Saved from demolition by being purchased as a school, the first headmaster was J.F.Roxburgh, who changed the face of British public school education. Alumni include Sir Richard Branson, David Niven and Sir Nicholas Winton. The gardens are owned by the National Trust but the school can be visited separately by tours which can be booked online. 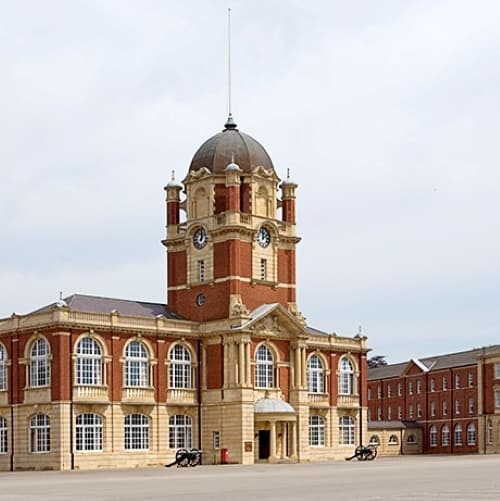 Army officer cadet training has taken place at Sandhurst since 1801, when the training school at Woolwich merged with the Military College. Tours take in both chapels, the Indian Army Memorial Room and many of the other Prestige rooms, the museum, the grounds and architecture. Visitors can also book to attend the Commandant’s Parade, which takes place three times a year and is a practice passing out parade before the main event, the Sovereign’s Parade. Tours and parades can be booked directly online. Sandhurst also runs a heritage day each year when the site is open to the public. 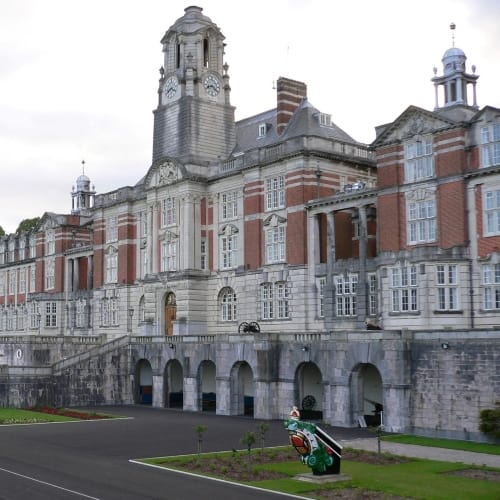 Royal Naval officer training has taken place at this college in Dartmouth, Devon, since 1863. The magnificent buildings designed by Sir Aston Webb date from 1905 and overlook the beautiful estuary of the River Dart. Several members of the British royal family served here, and it was here that Prince Phillip and the then Princess Elizabeth first met in 1939. Public tours take place most Mondays and Wednesdays and can be booked online. Tours take in the chapel, Quarterdeck, parade ground and the heritage museum. 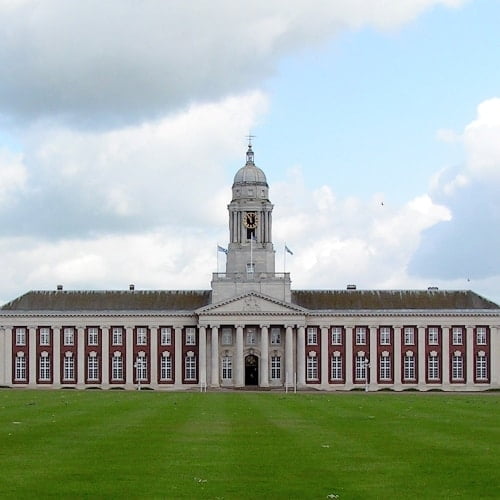 The RAF college of Airforce officer cadets, RAF Cranwellis the newest of the prestigious establishemnts, having been founded in 1919, a year after the formation of the RAF. The present day building, which was finished in 1933, is Grade II listed and was based on the Royal Hospital at Chelsea. A College Memorial chapel was added in the 1950s. Tours are by appointment only and can be arranged by completing an online form. The nearby Cranwell Aviation Heritage Museum has interactive exhibits and flight simulators.