Every year towards the end of June representatives of 21 States that have signed up to the World Heritage Convention gather to evaluate proposals for new additions to the list of World Heritage Sites. The 35th session of the World Heritage Committee has just taken place in Paris, and a total of 25 new sites were inscribed onto the World Heritage List, of these three are sites of natural importance, 21 are of cultural significance and one is both. Nine of these newly listed sites have a specific archaeological component, ranging from prehistoric sites in Asia and Europe, to Medieval archaeology in Italy and Syria.

A Brief History of the UNESCO World Heritage List 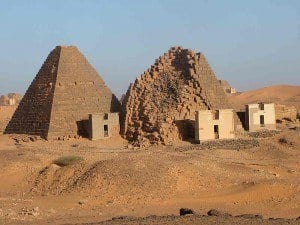 Although an international movement for the protection of heritage sites emerged after the first World War, it was not really until the 1950s and the decision in 1954 of the Egyptian Government to build a dam at Aswan that particular concern was raised and efforts to establish a mechanism to protect world heritage sites around the world picked up momentum. The flooding of the valley would have meant the loss of some fine examples of the ancient Egyptian sites, including the Abu Simbel temples, which date to the 13th century BC. UNESCO launched an international campaign that not only raised the funds, in the order of US$80 million from about 50 countries, but also bought together experts from all over the World. Brick by brick the temples were dismantled, moved and reassembled in their current positions. The success of this international rescue mission inspired further projects, including the restoration of the archaeological ruins of Moenjodaro in Pakistan and the Borobodur Temple compounds in Indonesia.

There followed various initiatives by UNESCO to create a convention for the protection of cultural sites, and then the suggestion from the American government to include natural sites. A draft text was prepared and presented to a United Nations conference on the Human Environment in Stockholm of November 1972. It was then, on 16 November 1972 in Stockholm, that the Convention concerning the Protection of World Cultural and Natural Heritage was adopted by UNESCO. For the first time then, we have an explicit statement that talks about transcending political boundaries to protect places of global significance. Six years later the first sites were listed, two of which were the Mesa Verde National Park in the US and rock hewn churches in Ethiopia. The following year, along with well known sites such as like the ancient Egyptian necropolis at Thebes, the rock engravings in Valcomonica, Italy,were added to the list.

The following is a list of sites with an archaeological aspect to them that have been added to the UNESCO World Heritage List in 2011: 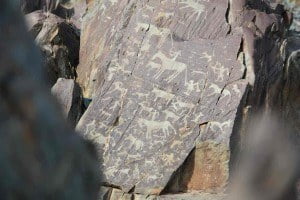 Opinion is divided on the value of the UNESCO World Heritage List. Obviously UNESCO talks very positively about the advantages of an “international community” … “joining hands” and expressing a “shared commitment” to protecting the world’s natural and cultural heritage. Further, they suggest there is a “prestige that comes from being a State Party to the Convention and having sites inscribed on the World Heritage List often serves as a catalyst to raising awareness for heritage preservation.” But as is so often the case where political and cultural borders are involved, the reality is quite different to these lofty ideals. One only has to think of the Thailand-Cambodia border dispute and the fate of some ancient Hindu temples there to appreciate that UNESCO has no real protective influence whatsoever. If UNESCO does not provide crucial protection when it is required, what does it really provide?

Some argue the answer to this question lies in the second quote from UNESCO above, the prestige that comes from being on the UNESCO World Heritage List. There are custodians, admittedly perhaps the less scrupulous ones, who campaign to have ‘their’ sites added to the list in the hope that this will result in new revenue; sometimes without preparing adequately for the increased attention. And that increased attention does come, and it does not necessarily only affect smaller sites but also the larger ones.

The Cambodian complex of stone temples in Angkor, often said to be one of the most spectacular of the World Heritage Sites, gets over 2 million visitors each year. This mass footfall alone creates irreparable damage to the stone paths. There is also the neighbouring towns to consider that are now little more than a concrete mass of hotels and restaurants servicing this influx of itinerant visitors. Just as bird-watchers tick of on a list all the birds they have seen, so too there are “World Heritage Site baggers”, and of course they have a website. If you feel so inclined, you can submit your list of sites you have visited. Not surprisingly the harshest critics of the UNESCO World Heritage List scheme say it is little more than a “lame duck in a straitjacket”.