Exploring the Past in Crete

Crete is the largest of all the Greek islands, and the fifth largest in the Mediterranean. The island has been attracting people for millennia, thanks in large part to the mild climate as a result of being halfway between Europe and Africa. Mythologically, Crete is said to be the origins of Europe. Zeus is said to have abducted of Europa from modern-day Lebanon and taken her to Crete. Together they had three children, each of whom became the kings of the great Minoan palaces on Crete and thus the founders of the Minoan civilization, and in turn of Europe.

Thomas first visited the island in 1990 while on a backpacking trip around Greece. Since then he has returned a number of times, although carrying a bit more luggage than a backpack and staying in some more comfortable places than a youth hostel. Found out more about Crete and what keeps pulling Thomas back to explore more ... Continue Reading >> 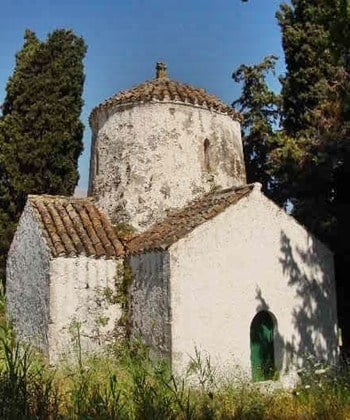 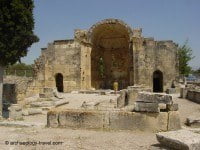 Although a flourishing city was mentioned by Homer, it was not until the Hellenistic era that the city of Gortyn was at its most prosperous and powerful. During the Roman period the city became the capital city of the province of Creta et Cyrenaica. Later, in the sixth century AD a Christian cathedral was erected and dedicated to St Titus, the substantial ruins of which can still be seen today. Today, the site is best known for the Gortyn Code, discovered in 1884 it is the most complete and oldest example of a code of ancient Greek law ... read more

The Minoan settlement of Hagia Triada is on the western edge of the same ridge as Phaistos. Although not as substantial as the Minoan palaces, there are many typical architectural features. For this reason it is referred to as a royal villa. Found at the site is the spectacular Hagia Triada sarcophagus, now on display in the Heraklion Archaeological Museum. The imagery on the limestone sarcophagus provides the most complete information on noble funerary customs on Crete under the Mycenaeans. 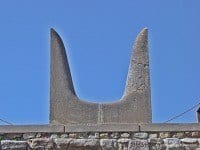 Knossos is an important Bronze Age archaeological site that figures prominently in ancient mythology, as well as the history and development of archaeology. Excavations began in 1900 AD by Sir Arthur Evans and carried on for 35 years. Although many of his reconstructions are now questioned, it is thought that the ruins are those of a political and ceremonial centre that was at the heart of Minoan civilisation. There is also archaeological evidence at the site for Neolithic and later Classical occupations ... read more 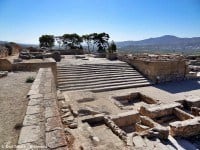 Phaistos was an important centre of Minoan civilisation on the island of Crete, the wealthiest and most powerful in southern Crete. At the centre of the substantial Minoan city was, according to many archaeologists, the finest of all the Minoan palaces. The earliest evidence of habitation dates to the Neolithic, while the first palace was constructed during the 15th century BC. Of a much more recent age are the archaeological remains of the Venetian church of St. George of Phalandra. 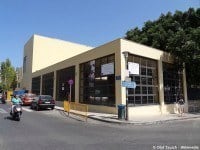 The archaeological museum in Heraklion is one of the largest and most important archaeology museums in Greece. Not only does the museum have extensive displays of some 7,000 years of Cretan prehistory, from the Neolithic to the Late Roman period, it also has the finest collection of Minoan art and artefacts. Some of the island's most iconic objects can be seen in permanent exhibitions, these include the enigmatic Phaistos disk, the bull head rhyton from Zakros and bull leaping fresco from Knossos.

The following guidebooks for Crete are available on Amazon.com (see the same set of books on Amazon.co.uk):