The Bust of Nefertiti, 100 Years On 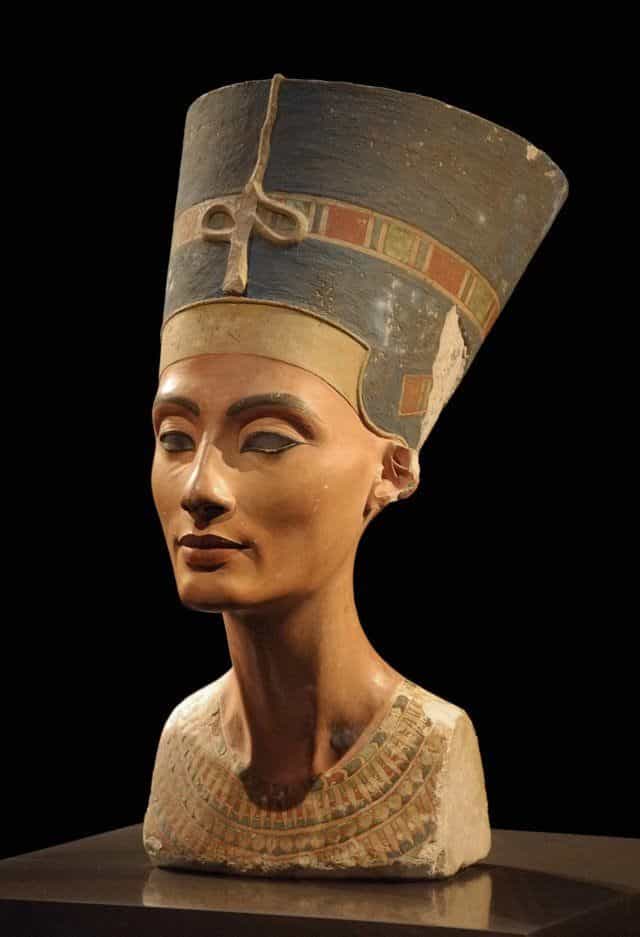 The bust of the most famous woman in antiquity, Nefertiti. Photograph © Philip Pikart.

One hundred years ago yesterday, 6 December 1912, this limestone bust of Nefertiti was unearthed by a German archaeological team led by Ludwig Borchardt. The team were excavating in Armana, and came upon the ancient sculptor Thutmose’s workshop in the ancient capital. Frequently described as the most famous face from antiquity, this bust of Nefertiti is perhaps rivaled only by Tutankhamun’s death mask.

Although there are no identifying inscriptions on the bust, the characteristic crown is one that is worn by Nefertiti in other identifiable representations of her. As iconic as this representation of an ancient Egyptian woman has come to be, for feminine beauty and culture in Berlin, it has not been without controversy. The lack of any specific identification and that the bust did not appear in public until 1924 (an 11 year period from the date of its discovery for which there no records of the bust) has lead some to suggest that the bust is a modern forgery. But few specialists and Egyptologists working with the bust give much credence to these views.

More recent research using CT Scans shows that the sculpture has a limestone core rendered by a gypsum stucco layer. The scan revealed that the inner face was carved showing bags under the eyes, creases around the mouth and cheeks and a swelling on the nose. The painted stucco layer eradicates these natural signs of ageing producing a more perfect image.

Where is the Bust of Nefertiti?

Despite repeated requests for the repatriation of the bust since its 1924 public unveiling in Berlin, Nefertiti’s bust is still on display in the German capital. Thutmose’s bust of Nefertiti is part of the the Egyptian Museum and Papyrus Collection, which along other prehistoric and classical collections, is housed in the newly restored Neues Museum.

Visitors to the Egypt Centre in Swansea, Wales, are welcomed by a replica bust of Nefertiti.

From today, 7 December 2012,the bust forms part of a temporary exhibition that celebrates the centenary of the discovery of this iconic and controversial artefact. In the Light of Amarna, 100 Years of the Nefertiti Discovery can be seen in the Neues Museum until 13 April 2013.

Articles of Interest on the Bust of Nefertiti: