Djoser’s Step Pyramid at Saqqara to Open in 2020

After several years of restoration on the Step Pyramid in Saqqara, the Ministry of Antiquities announced in November 2019 that work was complete. The following January it was announced that the pyramid, the final resting place for the 3rd Dynasty Pharaoh Djoser, would open in the first quarter of 2020. Djoser’s step pyramid is bound to be a popular attraction as this is not only the oldest pyramid in the world, it is also the oldest monumental stone structure. 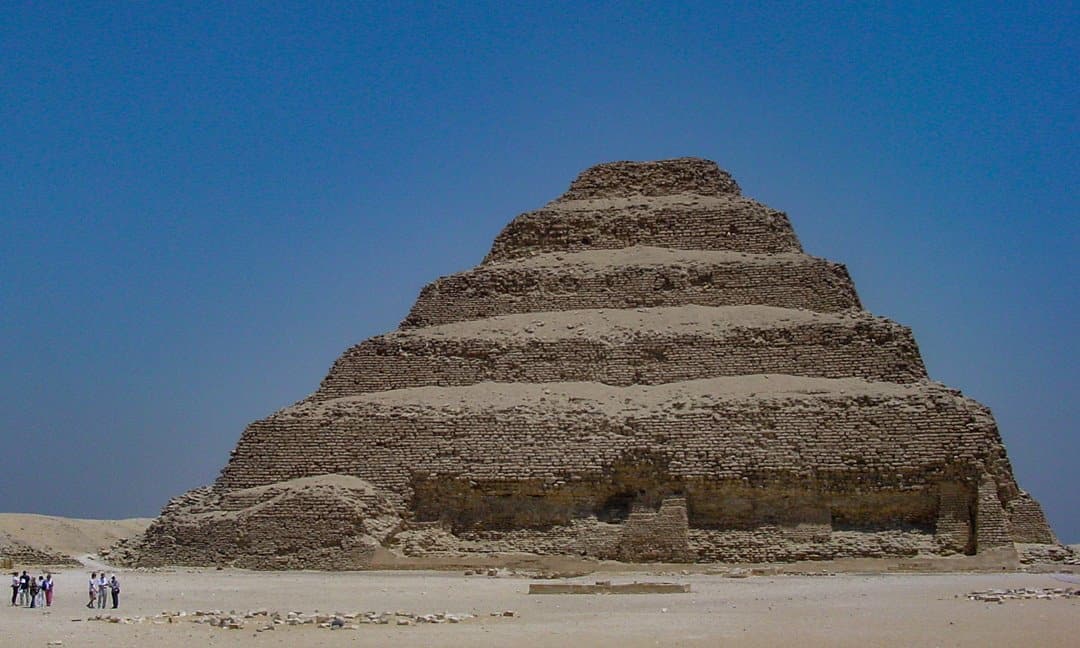 Restoration of the pyramid began in 2006 but was halted in 2011 following the Egyptian revolution. Work recommenced in 2013 after when the Egyptian government allocated a reported 15.4 million Egyptian pounds.

Work included restoring the pyramid’s external façade, restoring the steps at the southern and eastern entrances, as well as restoring the pyramid’s internal corners. To make the pyramid safe and secure for visitors a new lighting system has been installed. Restoration work was carried out by a Welsh company, Cintec. The company has worked on a few high profile projects, including Windsor Castle following the 1992 fire and a major bridge in Delhi.

A Brief History and Description of the Step Pyramid

Djoser was either the first or the second king of the 3rd Dynasty; the king lists of this period are not without problems. The Pharaoh is thought to have rule for 19 years – long enough for him to see the plans for his innovative funerary structure pyramid to be realised during his lifetime.

Originally the pyramid was a square mastaba, 125 metres by 109 metres. Later a further five mastabas were placed one on top of the other, each one smaller than the previous one. This then is the six-tiered, four-sided pyramid that reached a height of 62 metres. The limestone core was covered with a finely polished white limestone.

A single narrow corridor leads to a rough chamber in the middle of the monument, where there is a concealed entrance to Djoser’s tomb shaft. A 28 metre shaft leads to the burial chamber, set amongst a maze of subterranean corridors and chambers. Some of these shafts and tombs were for members of the royal family, others for the symbolic grave goods required in the afterlife. 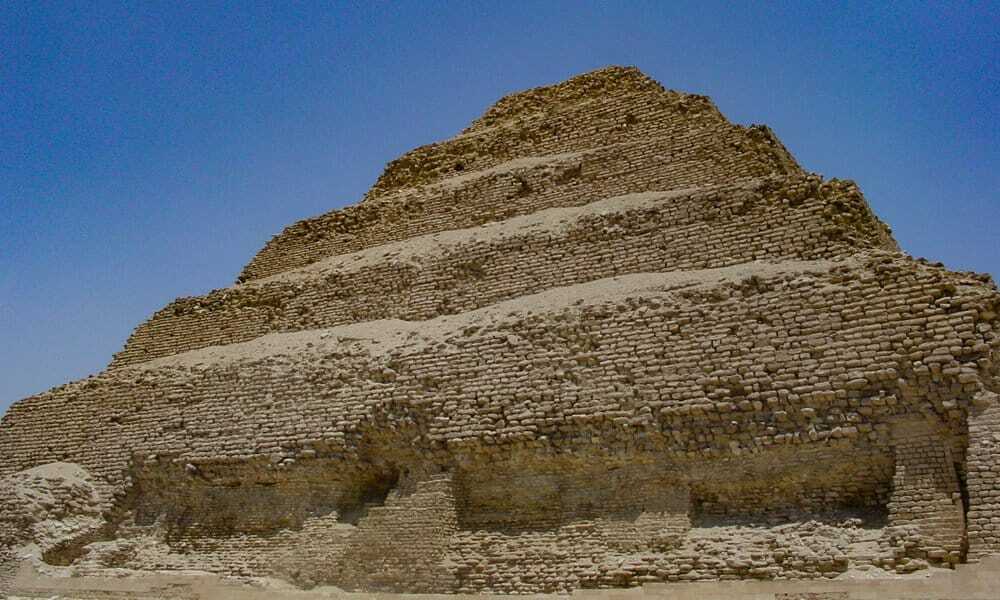 A close up of the Step Pyramid, where you can see the individual bricks and appreciate how fragile the structure was. Photograph taken in 2004 before restoration started.

Map – Where is the Step Pyramid?

Djoser’s pyramid is in the necropolis of Saqqara, about 30 kilometres south of modern Cairo, on the west bank of the Nile River.
[mappress mapid=”” width=”100%”]
For added interest, click on the yellow ‘pegman’ in the lower right corner of the map and drag it on to the map to the light blue lines or dots – they give you street views and 360 photographs from that spot.

This page will be updated with information for visitors as soon as further details become available. 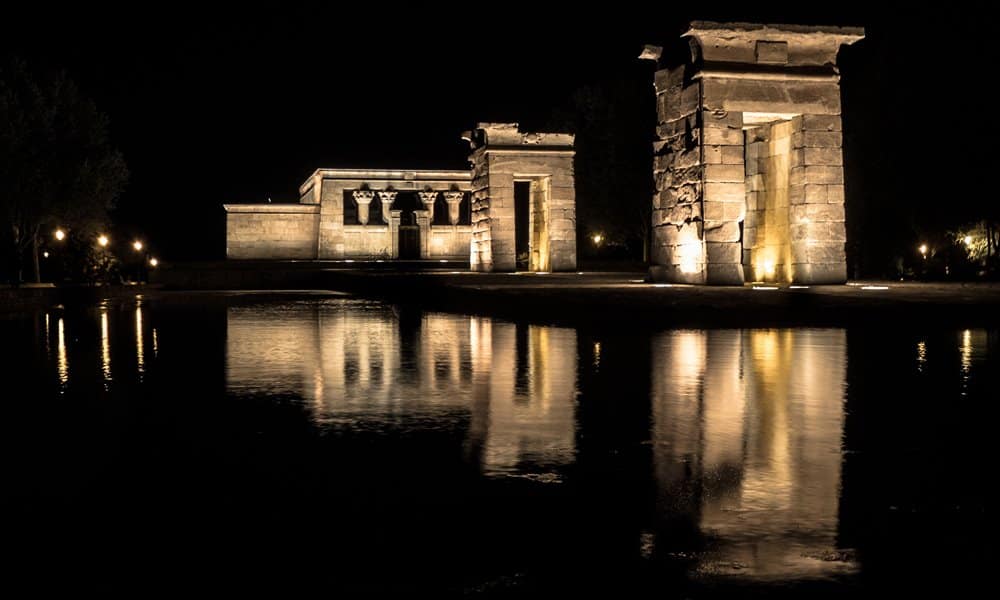 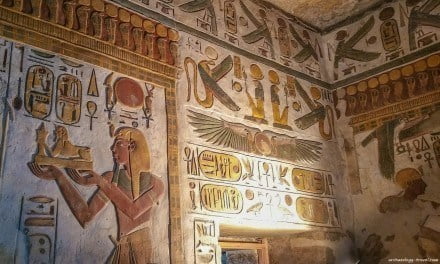 Restored Temple of Khonsu at Karnak to Open Soon 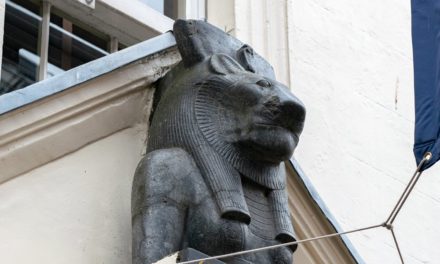 Sekhmet on Bond Street: Is this the Oldest Statue on the Streets of London? 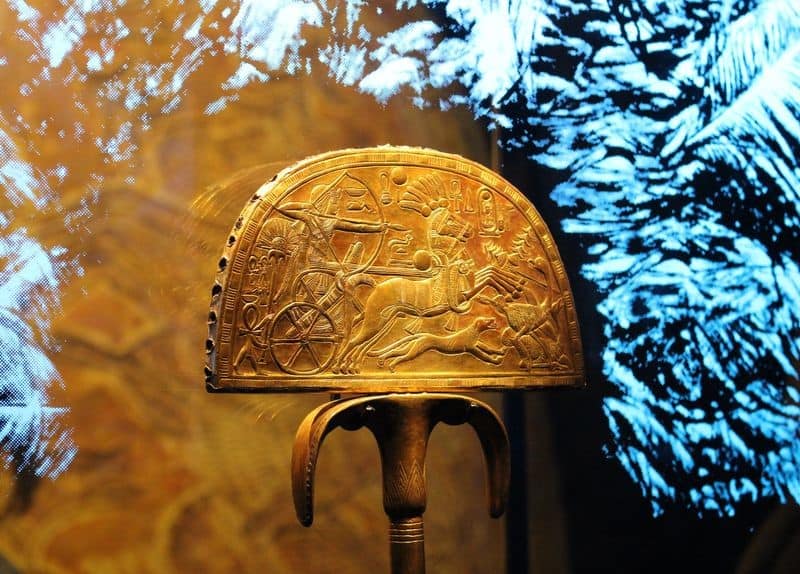 Highlights of the Tutankhamun Touring Exhibition